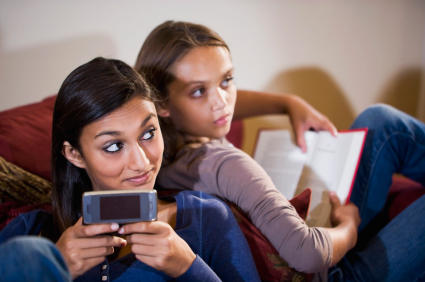 About 75 years ago, ten year old Tommy Monson had a Sunday School teacher only six years older than he was named Phyllis Bowden. Even though Phyllis was young, she knew the fundamentals of being a teacher to young children and took her role and responsibility seriously. So, when young Tommy became “quite fond of spit wads” Phyllis knew how to handle the problem. When Tommy wouldn’t stop his bad behavior Phyllis sent him to the bishop’s office to talk about the issue. The bishop reprimanded Tommy and taught him the right way to behave. This process happened multiple times before Tommy learned. Consequently, young Tommy stopped distracting his class and teacher for the time being with spit wads.

This true story of a young boy has always been humorous to Phyllis and other church members, especially since not too many years later, Tommy became the bishop who resided in that very office. The joke was that Tommy spent so much time in the bishop’s office, that it was natural for him to end up bishop.

Recently Phyllis died and Tommy, in memory of his boyhood teacher, sent flowers to her funeral, where this story was learned.

Phyllis knew her role. Just like an actor in a play she knew she had a responsibility to play out a certain part each week as the teacher of her Sunday class. She must have known the students needed discipline as well as instruction in order to progress in the class.

The bishop in the story also knew his role. He knew he was back up for Phyllis, as well as all other church members in his congregation. If Phyllis had a problem with a student he knew her role was to teach the other students and that his role was to teach the child who had been removed from class. His role was father-like in nature and completely respected by Tommy and the other church members.

Like Phyllis and the bishop, Tommy knew his role. Even though he was possibly seeking a bit of attention he knew what was right and wrong and that he was supposed to be respectful, behave and learn during his time in Phyllis’s class. He accepted his consequence to go to the bishop’s office and learned from the experiences the needed lessons to conquer the behavior.

I’m just guessing, but I assume that Tommy’s parents probably also knew their role in this situation. They probably did, or would have done, some teaching to Tommy about appropriate class behavior. They would have told him the error of his ways and set him back on the right path. They knew the role of the parents was to back the teacher up, for the good of the child.

You see, 75 years ago people believed that each person must learn to take personal responsibility. Another Tom, L. Tom Perry, said in a meeting on September 9, 2012 that one of the things that made his generation “the greatest generation” was that they all knew they had to take personal responsibility for themselves and learn important skills sets.

Now days, I call that learning self-government. 75 years ago people might not have used that same term, but they surely lived by more of the rules of self-government than we do today. And, one of the most important reasons they practiced self-government was because they understood their roles; as mothers, fathers, children, youths, teachers, officials, and authorities. They knew that they had a responsibility for themselves and for instructing the younger ones around them.

How Does It Look Today?

Innovation after innovation has given current generations of parents and children more ease, more tools, more reach, and more information. But in some ways innovation has crippled us. In some ways we have innovated ourselves right out of our roles. Parenting has lost its principles, and found competition and distraction instead.

On the radio I heard an ad with two fathers talking. The first father said he was making a surveillance device to see if his daughter was drinking with her friends. The second father seemed to have all the simple answers by saying something like “Why don’t you just text your daughter or Facebook her and tell her not to drink with her friends?” The second father was amazed that this would work and seemed to change his parenting strategy.

While being part of your child’s cyber-world is a good idea, it is not good enough to keep your child choosing right over wrong and good over bad. In order for a child to make the choices to choose right, good, and true when they need to, they need to know who they are.

It boggles my mind that some people go their whole lives not really knowing who they are. There is so much talk of the purpose of life. Of course a belief in God helps with answering this question, but even more simple to learn and grasp is understanding your role in a family. Knowing who the leader of the family is, and how you need to relate to them and others. We are born knowing these basic societal and familial roles, but over time we lose touch with them as we become more and more self-absorbed and less connected to family.

Why Does This Happen?

There are many excuses for this disconnection which happens between parents and children, especially during the teen years, but really it all comes back to time. Who do they spend the most time with? If the answer isn’t family, then they will not be drawn to and connected deeply to family.

After listening to the radio ad I found myself feeling a bit hopeless for families everywhere. I wondered, “Have we really come to this? Defensive, covert parenting tactics? Is there any hope for families to regain the love and respect of their children and to improve communication without parents being on the defensive?”

Parents are on the defensive. Defensiveness is accepted and all but preached in most social environments now days. Parents are encouraged to be indulgent, secretive, disconnected, passive; watchers of their children instead of teachers of their children. Children have more choices than they know what to do with as parents are praised for relinquishing their roles over to the children. Children are given adult tools, like cell phones, to govern before they have even figured out how to govern themselves. The key phrase here is that children are being left to “figure things out” on their own.

Some may be thinking: “But my parents are less than perfect.” Or “My child isn’t any trouble. I don’t need to worry about this.


If your parents are less than perfect, then they are like the rest of us. Respect their role despite their imperfections. Isn’t that what you have to do at work with your boss? If they have offended you, forgive them. Love and respect don’t mean you agree with everything they do and say.

If your child isn’t any trouble that isn’t a reason to turn your back on their teaching and your role. As you take time to analyze who God intended you to be and who your child is supposed to be in relation to you at this time of her life then you will see areas of teaching you can turn your attention to, and better see the distractions which need to be removed.

It Doesn’t Have To Be That Way!

I don’t want my child to feel distant from me and the family. Is it possible to have close relationships with our children during the teenage years?

Yes, if children aren’t encouraged to disconnect by being given too many devices and outside activities.

All these things are best taught from infancy. But, if you have noticed a problem, it is never too late to inspire a family focus and detox from too much distraction outside the family. We only have one shot at raising these children. Nothing else is more important than this one grand purpose in life. Everyone’s future happiness depends upon it.

When Tommy and Phyllis were young, about 75 years ago, people understood their roles in the family as well as in society. They felt duty to God, family, country and community. And, they acted accordingly.

In our day there has been a role reversal. Parents don’t know how to be parents, and children think of themselves as monarchs or victims. Society cannot help us solve the relationship destruction which has occurred from the reversal of roles in the home. Only we can change this problem.

It is time for a new role reversal. We all need to be reminded of the order we were born and the wisdom God had in making parents for children. We need to list our duties and magnify them. As we consciously live our roles and deliberately talk about roles and the importance of knowing roles, our children will accept and magnify their roles too.

Thank you Phyllis for living your role, and reminding me again to live mine.