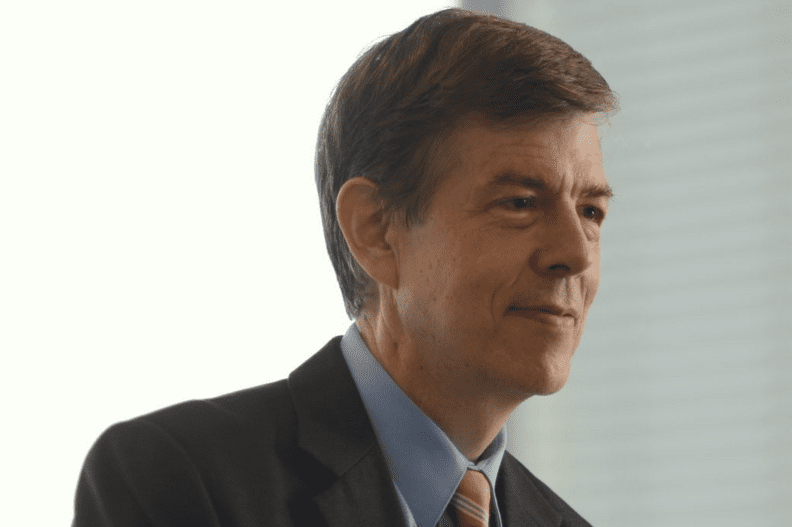 Jeffrey Dean Lindsay and his wife, Kendra, are residents of Shanghai, China (formerly Appleton, Wisconsin). Jeff has been providing online materials defending the LDS faith for over twenty years, primarily at JeffLindsay.com and on the Mormanity blog (https://mormanity.blogspot.com), which has been in operation since 2004. He also wrote weekly for Orson Scott Card’s Nauvoo Times (NauvooTimes.com) from 2012 through 2016. Jeff has a PhD in chemical engineering from BYU and is a registered US patent agent. He serves as Head of Intellectual Property for Asia Pulp and Paper, one of the world’s largest paper companies. Formerly, he was associate professor at the Institute of Paper Science and Technology (now the Renewable Bioproducts Institute) at Georgia Tech, then went into R&D at Kimberly-Clark Corporation, eventually becoming Corporate Patent Strategist and Senior Research Fellow. He then spent several years at Innovationedge in Neenah, Wisconsin, helping many companies with innovation and IP strategy. Jeff has been in China for four years. He is active in the chemical engineering community and was recently named a Fellow of the American Institute of Chemical Engineers. He is also listed as a leading IP strategist by Intellectual Asset Magazine in their global IAM300 listing, one of only two IP workers named in China so far. Jeff served a mission in the Switzerland Zurich Mission and currently serves as counselor in the district presidency of the Shanghai International District. He and his wife Kendra are the parents of four boys and have eight grandchildren.

 About That Burial Marker in Yemen for a Man Named Ishmael: Impossible That He Was a Hebrew?

A burial marker in Yemen seems to corroborate events in…

News from Mount Ebal: An Ancient Hebraic Inscription on Metal, a Chiasmus, Possibly Dating to the 13th Century BC or Earlier

An ancient Hebraic text dating to the 13th to 14th…

Preparing for War: The Folly of Trust

War is one of the most persistent and extensively treated…

Do I Dare Join the Woman in the Boat?

I just awoke from a dream, or series of dreamlike…

A friendly satire on an outrageous suggestion from The Salt…

Many Questions about Dementia and Just One Answer So Far

May We Follow the Science and Stand for Life

Many liberal scholars and lawyers admit that the law behind Roe v.…

Let’s Have Some Compassion for Our Untouchables

Right after the announcement of the new federal vaccine mandate…

Institutional Bullying and the Question of Religious Exemption from Vaccine Mandates

Religious exemption requests are based on the idea enshrined in…

In spite of the incredible growth of access to information,…

A Google Earth View of a Candidate for Bountiful, Khor Kharfot on Wadi Sayq

Here is a beautiful view from Google Earth of a leading…

In today's society,  COVID Policy Doubters are widely dismissed, even…

A Sacrament Meeting Worth Shouting About

Sunday turned out to be one of the most exciting…

BillionGraves shows not only where the cemetery is, but precisely…

The Valediction of Moses: A 2,700-Year-Old Biblical Document Long Said to Be a Forgery Gains New Respect

A version of the book of Deuteronomy, long said to…

The Biblical Reproduction that Hushed a Book of Mormon Criticism

There is a unique turn of phrase in the Book…

Understanding the God of the Old Testament: An Evangelical Scholar Explains the Meaning of “God Is Love”

After explaining the wrong assumptions many people make about the…

The Dangers of Censorship: Static Science, Diminished Liberty, and a Population in the Dark

Vote for either party or something else, but please be…

The Book of Mormon is becoming more relevant day by…

A well-educated friend with a graduate degree from an outstanding…

Faith and Fear in the Midst of Snitching: A Firsthand Account

While the tragedy of the Coronavirus pandemic has brought out…

Science-based vs. Faith-based Policies for Coping with the Coronavirus

Though I am open about my faith and often welcome…

Cause for Hope in a Time of Uncertainty

While there has been much bad news recently, some surprising…

On Friday at midnight in China, a ban on foreigners…

In my previous posts warning about the need to prepare…

A Church Prepared for Crisis: The Timeliness of the Church’s Emphasis on Home-Centered Worship

In China, all organized religious gatherings are forbidden now to…

How to Win an Argument with God: A Lesson Sponsored by the Corona Virus

Ever since I participated in debate competitions in high school…

Recently, I saw one of the more incongruous scenes I've…

For many decades, a "slam dunk" argument against the Book…

Food for Thought: A 911 Dispatcher Hears the Hidden Plea for Help When a Woman Orders Pizza

How many times have people in our lives made hidden…

David Gore’s "The Voice of the People" is not about…

The Meaning of the Twin Book of Abraham Manuscripts

Some critics of the Church have viewed the Book of…

Dealing with “Friendly Fire” on the Book of Abraham

I was recently contacted by a member of the Church…

Souls that Expand and Swell: An Intriguing Book of Mormon Concept with Ancient Near Eastern Origins

One of the Book of Mormon's many concepts not found…

A Subtle Book of Mormon Tribute to Single Mothers?

In examining an apparently fraudulent ancient word of poetry, the…

For one Peruvian couple just trying to make their way…

When someone you care about suddenly attacks the Church or…

When Lehi Left Jerusalem: A Plausible Hypothesis from Jeff Chadwick

A frequent question and criticism of the Book of Mormon…

Democracy in the Ancient Americas? Maybe Not So Ridiculous After All

The Book of Mormon has often been criticized for its…

One Woman’s Personal Witness of the Book of Mormon Witnesses

The vast body of scholarship on the witnesses to the Book…

The Trouble with Confidence in Ward Councils

One key to success in councils is listening to and…

Deeply entrenched in LDS culture, teachings, and scripture is the…

The Question of Horses in the Book of Mormon

One of the toughest challenges for the Book of Mormon…

A Rookie Mistake in Forging an Ancient Document

Modern forgeries have become much more sophisticated, but what appeared…

Responding to New Attacks on the Evidence from Arabia

Critics of the Book of Mormon have finally made a…