Your Hardest Family Question: Should boys and girls compete against each other in contact sports? | Meridian Magazine 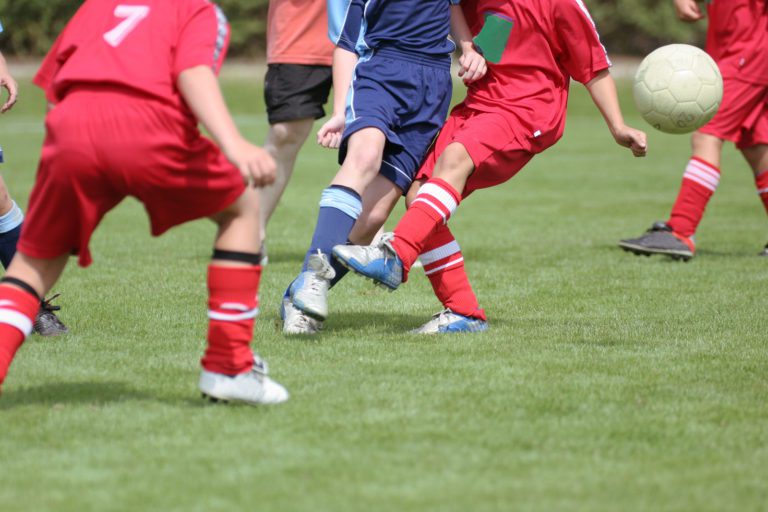 Your Hardest Family Question: Should boys and girls compete against each other in contact sports?

My 11 year-old son is on a competitive soccer team and they’ve been scrimmaging against a girls team for some time. While I have no issues with boys playing against girls, he is struggling with the fact that girls are encouraged to play aggressively, but if the boys get too aggressive with the girls, they’ll hurt the girls. It seems odd that these coaches expect these two teams to play their hardest when it could mean the girls team would get hurt. This is an aggressive sport and my son wants to put everything he’s got into his game. I’ve noticed that this is affecting the team as a whole. The boys are basically practicing holding back and then don’t develop the proper instincts when they’re in a game situation against a boys team where they can full throttle. I teach my son that he needs to be respectful of girls and not physically hurt them. This practice setup leaves him with a dilemma that doesn’t set either team up for success. He is holding back because of the reality that he and his teammates are bigger and stronger than their female opponents. The girls can play their hardest, but the boys aren’t able to. I’m curious what advice you might have for me as I’m contemplating talking to their coach about it.

I think this is a great opportunity for your son to step up as a leader on his team and bring this issue to the attention of the coach. This is most likely something the coach isn’t noticing. I have no doubt the coach would be concerned about the players holding back for any reason. If this is a real issue for your son and his teammates, it’s time to address it.

I appreciate the fact you’re teaching your son respect for women. Your influence is obviously working, as he’s holding back to be careful not to hurt these girls. He’s doing the right thing by not physically dominating them. However, I see your concern and how this setup prevents him team from playing their hardest in a very physical game.

It’s not helpful to pretend this a level playing field when it comes to physical advantage. A whole team of 11 year-old girls is no match for a team of bigger and stronger boys. Don’t let this turn into a discussion about equal treatment of men and women. This is simple physics and biology. A bigger object will always win when clashing with a smaller object. This is why heavyweight boxers aren’t paired with featherweight boxers for championship bouts.

I encourage you to either have your son go with you to speak directly to the coach or have him write down his experience and concerns to be shared with the coach in a private meeting. Regardless, he needs to know that an adult can take his voice seriously. He should have an opportunity to stand up for his values.

This situation isn’t about thinking less of girls or their abilities. If anything, your son’s concerns are about his respect for girls. I’m certain your son would feel the same if he were playing against a group of younger boys who were smaller. It needs to be a fairly matched.

Commend your son for sticking to his values and let the coach know you want to see this team have chances to practice the way they want to play in a game. Hopefully the coach can hear your son’s concerns and allow everyone to be set up for success.

Geoff Steurer is a licensed marriage and family therapist in St. George, UT. He is the owner of Alliant Counseling and Education (www.alliantcounseling.com) and the founding director of LifeStar of St. George, an outpatient treatment program for couples and individuals impacted by pornography and sexual addiction (www.lifestarstgeorge.com). He is the co-author of “Love You, Hate the Porn: Healing a Relationship Damaged by Virtual Infidelity”, available at Deseret Book, and the audio series “Strengthening Recovery Through Strengthening Marriage”, available at www.marriage-recovery.com. He also writes a weekly relationship column for the St. George News (www.stgnews.com). He holds a bachelors degree from BYU in communications studies and a master’s degree in marriage and family therapy from Auburn University. He served a full-time mission to the Dominican Republic and currently serves as the primary chorister. He is married to Jody Young Steurer and they are the parents of four children.

Having girls play against boys is a artificial construct. The girls do not get actual REAL play experience since the boys will not be playing at the fullest. It is also not fair for the boys as they will not be able to push and hone their abilities properly Part of sports is the actual physical dominance of players and teams over their opponents. In reality, except in very rare cases, females cannot dominant pales in sports because of their physical profile. In sports, look at the records and times of both men and women. The woman's times or records are always behind the males. Why, male are physically superior to females. That is how they were created. Each has their purpose in the PLAN. I am not a sexist , men and woman are physically different. Each has their role and each has their pluses and minuses in what they can do

I've just had a look at the UK Football Association website. It seems that they have recently changed the rules to let children over 11 play in the same team. Indeed this year they are raising it to age 15. This is to let girls improve their game, but I don't know if I would trust 15 year old boys not to grab or brush up against girls on the pitch.