Your Hardest Family Question: Have I invested too much in this relationship to just walk away? | Meridian Magazine 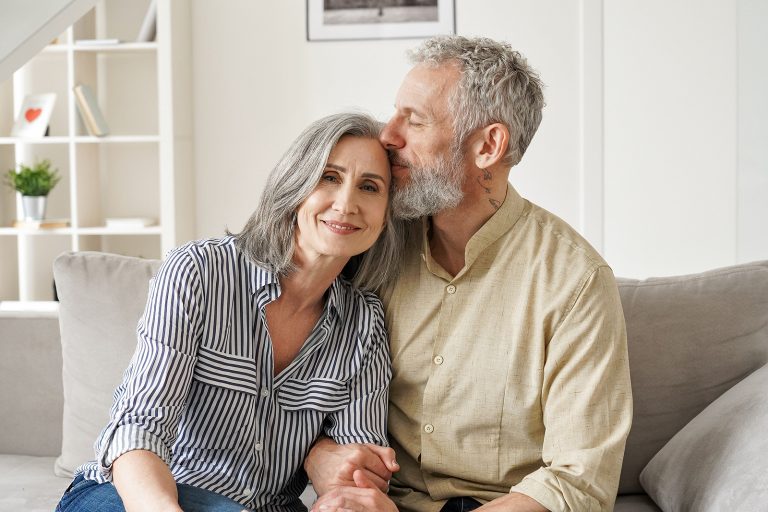 Your Hardest Family Question: Have I invested too much in this relationship to just walk away?

I need some direction. I lost my husband nine years ago when we were in our mid-50s. Two years later I began a relationship with a man, but I didn’t want to marry him for various reasons (loss of benefits, differences, etc). We’ve had difficulties due to our differences in life, travel, and experiences. I am open-minded, he is not; nor is he gracious or polite at times when he should be.

Four years ago, I was summoned home for my father’s passing. I was there for three months closing out his estate. My partner did attend the funeral, but during that time I learned that he had been sexting his ex-wife and asked her to marry him again. I sent him packing and finished my business. I still couldn’t believe what had happened even though I still loved him.

A couple of months later, he was campaigning for our reconciliation, but I wasn’t able to move forward at the time. A short time later, I was diagnosed with stage 3 cancer. I thought I was dying and welcomed him back into my life as I was afraid and didn’t want to die alone.

I survived cancer and want to get on with living. I am certainly not enamored with him anymore. He doesn’t get along with some of my children/grandchildren and has no problem displaying it. I don’t know what to do. I think we need to move on with our lives separately, but I feel financially responsible for him in a way. I have more money than he does, and I am completely debt-free. He does make me laugh and has some good attributes but there are fundamental differences. We have invested 7 years in this. Help me sort this out, please.

Your dilemma is a stark reminder of how vulnerable we are when we’re alone. You’ve experienced the foundational losses of your husband and your father, which likely left you feeling deeply vulnerable and alone. Even though you’ve enjoyed some companionship and familiarity with this man, it does sounds like you’ve made up your mind. Let’s sort through what’s keeping you stuck.

I don’t completely understand your dynamic with your partner, but it does seem like you feel a need to take care of him. Do you believe he’s owed some kind of debt for supporting you through your cancer treatment? Are there other experiences that have you convinced that he still requires your financial support? Clearly, he’s capable of taking care of himself and moving forward with his own life agenda. This was evidenced several years ago while you were dating when he established contact with his ex-wife to re-start his life with her. He strikes me as a capable, creative, and driven man who goes after what he wants.

I have no doubt he has redeeming qualities that bring color and joy to your life. No one is completely one-dimensional. However, if your only reason for staying is because he provides you with convenient company, you’ll risk feeling alone together for years to come. You’ve made it clear that you don’t respect him. I don’t know if it’s unresolved injuries, incompatibilities, or just the constant back and forth, but you keep arriving at the same conclusion.

It’s terribly vulnerable to exit a long-term relationship. The familiarity can convince you that this relationship is right because it’s comfortable. We all have an aversion to loss, especially when we’ve invested countless time, energy, and finances. You’ve likely heard of the “sunk cost fallacy”, which is a phenomenon that happens where we keep investing in something only because we’ve already put so much into it. It can show up in simple ways like feeling the need to eat past fullness because we spent money on the food. It can also show up in more consequential ways like financially feeding a dying business because of how much we’ve already sacrificed.

Relationships are no exception to this fallacy. Even when the costs far outweigh the benefits, some individuals compartmentalize these costs in favor of familiarity. It’s emotionally and even physically costly to exit a dysfunctional relationship. Since it’s a fallacy, it’s often difficult for the one who has given up so much to accept that it’s time to reevaluate the relationship.

If you decide to end this relationship, recognize that the good times you had were actually good times. And, the rough time you’ve experienced were also really rough. You don’t have to rewrite the history of this relationship to generate the momentum necessary to exit. You can honor the good and tough times while determining right now what resources and effort you want to offer to this relationship.

It can be helpful to talk with someone who has no interest in you staying or going. Talk with them about why you’re afraid of moving forward with what you sense is right. You can also explore if there’s anything you need that could repair the relationship. If something changed in the relationship, would you stay? Or, is it just too difficult to be paired up with him?

You’ve hesitated to fully commit to him from the beginning and after seven years you’re still hesitant. It’s important to get clear on what you’re afraid of losing. Recognize that this doesn’t have to be “all or nothing.” Relationships are allowed to change form, so another option might be to create a new type of relationship arrangement with mutual consent. For example, you might decide that you want to date around, but still might want to share a meal occasionally and catch up. Or, you may stay in touch only on social media. You’ve been through a lot with him over the years, but you’ve also struggled to fully commit to him. Perhaps he’s not husband material, but he might be friend material.

Whatever you decide to do, it’s important to send clear messages. You can do this with love, gratitude, and compassion. You get to decide what you want and then let him know.

Get a dog. Seriously, they are more reliable and less trouble than most men. After acquiring this companion, take the dog walking where other people do the same. Use common interest in pets to expand your social circle. You might meet some one who is great for you. Or do something else that forces you to meet new people.

You need to move on from hoping he will change and bring your life peace and joy. You've listed many reasons that this relationship is not healthy for you or your family. It seems like you are choosing misery and a companion. I hope you find the strength to be happy and single. Appreciate that you've invested years and keep the good memories, but move on towards creating new and healthy memories for your future without the pain he brings into your life. You can do this!