What’s Next for the Russian Priests Who asked if Putin will be Damned for Invading Ukraine? | Meridian Magazine 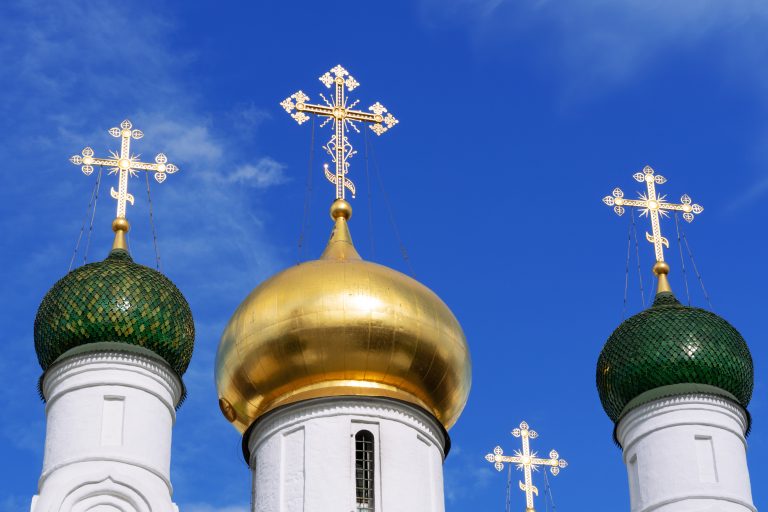 What’s Next for the Russian Priests Who asked if Putin will be Damned for Invading Ukraine?

This article is written by Terry Mattingly and can be seen in full at Get Religion.

What do we know about Putin’s Orthodox beliefs?

We know that he built a chapel near his office, that he knows how to make the sign of the cross and light prayer candles. We know that he believes that Orthodox Christianity is a crucial part of Russian history and that “Holy Mother Russia” is an important concept in Russian identity and nationalism. We know that issues such as abortion and marriage formation were not important to him — until it became clear that Russia is in a state of demographic collapse. Putin has, of course, used major themes from Orthodox history to justify his actions in Ukraine.

We also know that his government and his supporters have poured oceans of money into the rebuilding of Orthodox churches in the post-Soviet era, believing that this is in the national interest. This matters in a nation that endured the most sweeping wave of martyrdom in Christian history, with the closing of 98% of the land’s churches, the murder of 200,000 bishops, priests and nuns and millions of others in death camps, purges, planned famines (in Ukraine, especially) and other forms of persecution. We know that some clergy were crucified on the doors of their churches, slaughtered on their altars or stripped naked, doused with water and left outdoors in winter…

We also know that, during Russia’s 2008 invasion of Georgia, patriarchs in the Orthodox churches in both lands made public appeals for peace. We know that key figures in Russian Orthodoxy, before the Ukraine invasion, opposed the use of violence. We do not know what they have said or done in private. The actions of Patriarch Kirill have been meek and, at best, confusing.

We also know that Orthodox leaders with ties — historical ties or even direct ecclesiastical links — to the Russian patriarchate have condemned this invasion. In a remarkable document, several hundred clergy have, speaking “each on our own behalf,” have signed an online petition calling for the “cessation of the fratricidal war in Ukraine” and negotiations.

In terms of public policy, this was their Big Idea: “We respect God-given human freedom, and we believe that the people of Ukraine should make their choice independently, not at gunpoint, without pressure from the West or the East,” said the text.

However, this document ended with a bold, ominous theological statement that appears to have been addressed to Putin. This is from my “On Religion” column about this topic:

Noting that this was written after the Sunday of the Last Judgment on the Orthodox calendar, [the clergy] added: “The Last Judgment awaits every person. No earthly authority, no doctors, no guards will protect from this judgment. Concerned about the salvation of every person who considers himself a child of the Russian Orthodox Church, we do not want him to appear at this judgment, bearing the heavy burden of mothers’ curses.

“We remind you that the Blood of Christ, shed by the Savior for the life of the world, will be received in the sacrament of Communion by those people who give murderous orders, not into life, but into eternal torment.”

Does Putin regularly receive Holy Communion? To be honest with readers, I do not know. Does he have a Confessor? There are rumors, but I will, once again, have to say: I do not know. However, I do know that it has been reported that at least one of the priests who signed that remarkable protest letter was arrested for delivering a sermon against the invasion of Ukraine.