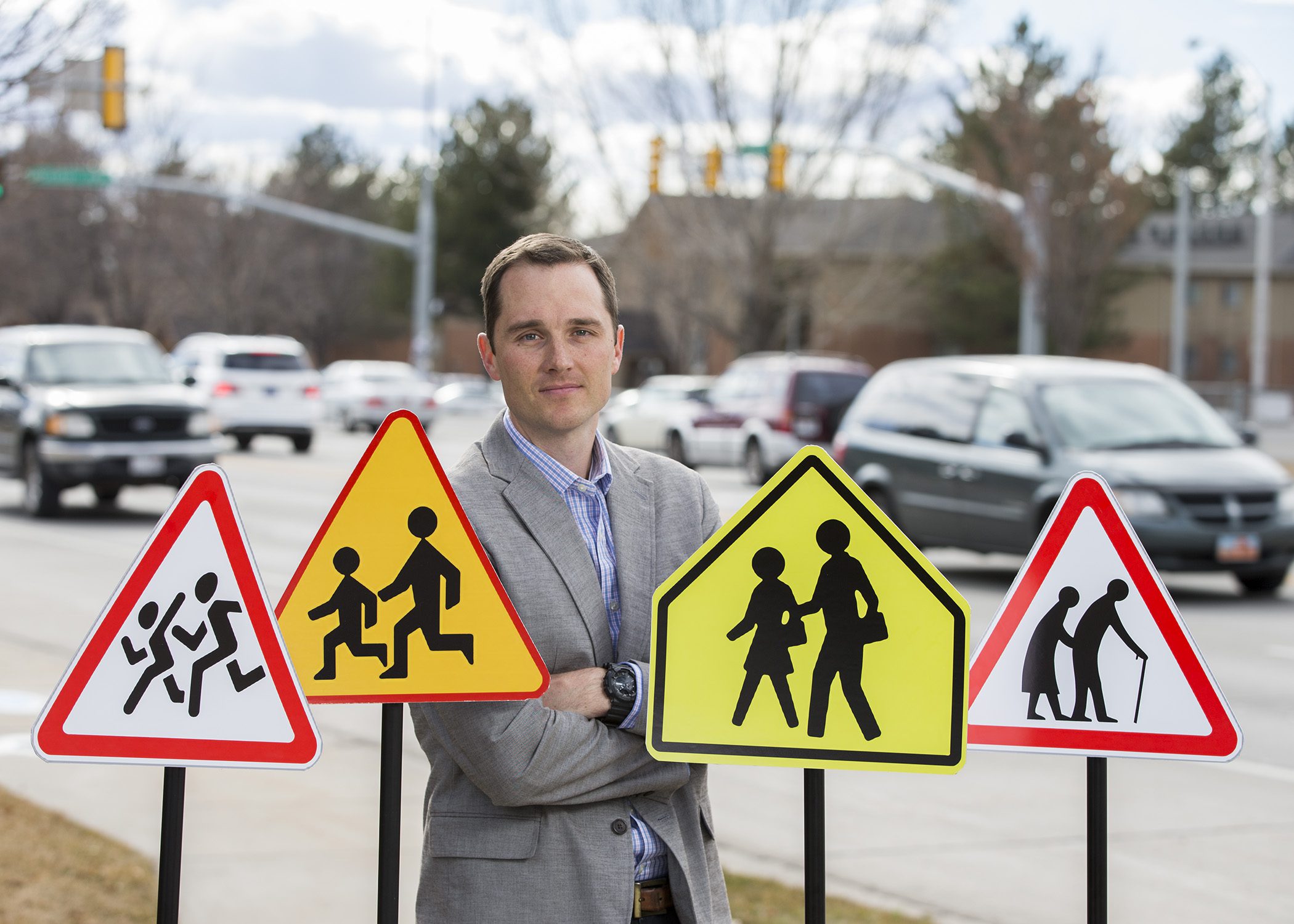 When a car travelling relatively fast needs to come to an immediate stop, milliseconds matter. Sometimes only a few feet is the difference between life and death.

Researchers from the University of Michigan and BYU have discovered a way to provide a little extra cushion when it comes to near-accidents. Their new study, published in the Journal of Consumer Research, finds that people react significantly faster to warning signs that depict greater movement.

“A sign that evokes more perceived movement increases the observer’s perception of risk, which in turn brings about earlier attention and earlier stopping,” said study co-author Ryan Elder a professor in BYU’s Marriott School of Management. “If you want to grab attention, you need signs that are more dynamic.”

Dynamic signs include images appearing to move at a higher speed. For example, the school crossing sign on the left, from the U.S., has low dynamism. The one in the middle, from Poland, has more, and the one on the right is highly dynamic—the figures appear to be sprinting.

“If the figures look like they’re walking, then your brain doesn’t worry about them shooting out into the road,” Elder said. “But if they’re running, then you can imagine them being in front of your car in a hurry.”

In one study experiment, researchers found that participants in a driving simulation reacted an average of 50 milliseconds faster to warning signs with higher dynamism. For a car going 60 mph, that 50 milliseconds translates into an extra 4.4 feet of distance—which can make a difference in close shaves.

In a second experiment, the team used eye-tracking technology to measure how long it takes a person’s eyes to notice a traffic sign. The eye-tracker results showed that signs with higher perceived movement attracted (and maintained) significantly earlier attention than static signs. (See sign examples below.)

“Things that look like they’re going to move get moved in our minds,” Elder said. “Our minds want to continue the motion that is contained within an image—and that has important consequences.”

Elder and his fellow researchers hope the study can ultimately influence policy leading to changes that help reduce accident-related injuries and deaths.

More than 37,000 people are killed every year in the U.S. due to car accidents, with another 2.35 million injured or disabled. The researchers believe increasing the number of dynamic warning signs will help increase the effectiveness of those signs and ultimately lead to fewer deaths.

The change in signs should catch drivers' attention. However, a big problem I notice in Utah and around the BYU campus is that pedestrians don't look for traffic. They tend to walk into the street without looking any direction. Often, as a driver, I find that they are hard to see while I am concentrating on vehicular traffic and traffic lights. In the dark they are especially difficult to see, especially if they are wearing dark colors. I understand that pedestrians have the right of way, but let's face it, pedestrians need to look both ways before stepping out into traffic. Don't argue with a 1-2 ton vehicle over the right of way.