The United Nations and the Family: What does it have to do with you? | Meridian Magazine 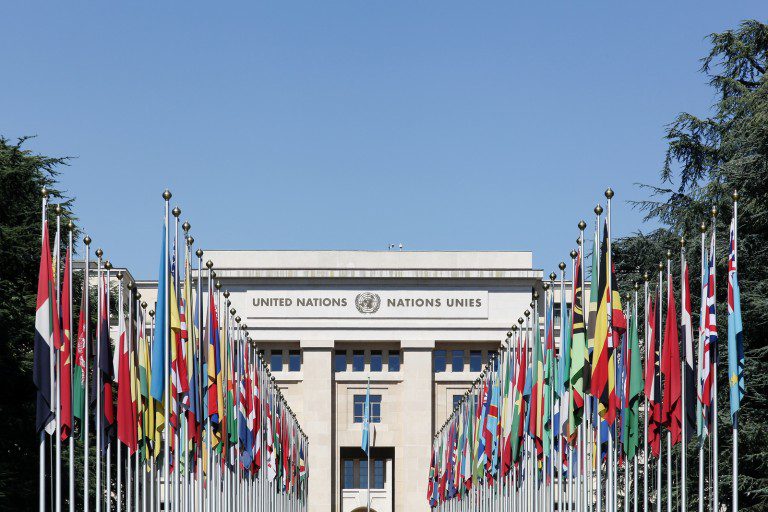 The United Nations and the Family: What does it have to do with you?

March 20, 2003, my family had joined my parents in Maui for a spring vacation. From our tiny, speck of an island in the middle of the Pacific, we watched as half a world away, American rockets fired on Baghdad. My ten-year-old daughter saw the news along with the rest of the world that morning. Shock and awe, but tame compared to the pyrotechnics in just one superhero movie. We left the war behind and went snorkeling. And when we returned to our rooms that afternoon and switched the news back on, she innocently asked, “Is the war over yet?”

Real conflict is not resolved in the two-hour timespan of the typical Hollywood blockbuster. In fact, it almost always takes longer than we think it will. In August 1914 at the beginning of World War I, German Kaiser Wilhelm II arrogantly informed his soldiers, “You will be home before the leaves have fallen from the trees.” Nationalistic pride that consumed Europe combined with modern technological advancements to produce a catastrophically deadly conflict that led to its being referred to as “the war to end all wars.” Eight million soldiers died and 29 million were injured. Including civilians, 40 million people died in WWI. The Second World War followed shortly thereafter with a total 70 million to 85 million combined military and civilian casualties.

It is against this backdrop that the United Nations came into existence in 1945. It had one central mission: to maintain international peace and security. And for most of us, that is what we picture when we think of the United Nations – the promotion of peace and the goal to alleviate suffering through humanitarian efforts. Today, the United Nations also seeks to protect human rights and promote sustainable living.

How it all began

From its earliest days, the UN has been concerned about equality for women. At first the UN’s advocacy on behalf of women focused on ending discriminatory legislation and practices. During the early days of the United Nations, Sweden, Norway and Denmark exerted disproportionately strong influence within the UN. During the Second World War, the Nordic countries had resisted fascism and authoritarianism. With their highly egalitarian ideals, they implemented a political and economic system that was admired in Western Europe. Many of the early leaders in the UN and UN agencies were from these Nordic countries and were instrumental in advancing their political ideology.

Under the direction of Nordic UN officials, the United Nations took a radical turn in its approach to women’s issues. It began with restructuring family life, in particular the role of mothers. The foremost of these social engineers argued that the family was “almost . . . pathological, root-less, isolated,” and doomed to “disintegration and sterility.” (Carlson, Allan; The Family as the Fundamental Unit of Society) They believed that home and family were patriarchal, oppressive institutions and that women would find greater purpose and meaning in work outside the home. They felt that the work of raising children was best left to the state. To make this a reality, they advocated state-run childcare and tax laws that encouraged women working outside the home.

It was also necessary to advocate for less restrictive abortion laws, easier access to contraceptives, and sex education that encouraged experimentation and disconnected sexual intimacy from its procreative function. When the procreative nature of sexual intimacy is weakened and sex becomes primarily about pleasure, its role in marriage and family creation is likewise weakened. In addition, the new thinking advanced the elimination of the legal and social distinctions between married adults and unmarried, or cohabiting, couples. It took decades for these ideas to take hold in the general public, but they are now a reality that shapes much of the attitudes regarding home and family in the western world.

Why commissions and documents matter

Even as social engineers were attempting to restructure family, the United Nations enshrined marriage and family as a human right. In 1948, the UN adopted the Universal Declaration of Human Rights (UDHR). Article 16 of the UDHR states, “the family is the natural and fundamental group unit of society and is entitled to protection by society and the State.” The many commissions and conventions held by the United Nations, today, address the protection and implementation of the rights propounded in the Universal Declaration of Human Rights.

One of those commissions is the Commission on the Status of Women (CSW). Every year the United Nations holds a two-week conference that addresses the needs of women in society. The first CSW was held in February 1947. Today, CSW takes the lead on issues related to women, gender, and reproduction. Because of a woman’s role as mother, the family finds itself at the heart of negotiations at CSW.

The goal of every conference held by the UN, whether it is a convention, summit or commission, is to produce a document that is meant to be a guide to nations in addressing societal issues and formulating policy. UN negotiations are rarely a democratic process – with a vote taken from all member states to determine the final outcome. Instead, delegates will negotiate over language until “consensus” is reached, or, until there is no more disagreement expressed. Sensitive, or in other words, controversial, issues are often decided in the middle of the night. The chairman of the negotiations has a great deal of power in steering the process.

The documents that result from these negotiations are, more often than not, resolutions which are non-binding on nations. However, the non-obligatory nature of a resolution does not mean it will have no effect on your everyday life. The executive branch of a domestic government may choose to implement UN guidelines through executive action such as agency regulations – all a president needs is a “pen and a phone.” Courts also may look to UN documents in shaping decisions. US courts have cited UN documents in hundreds of court decisions.  Fifty-three percent of the UN documents cited by US courts have been resolutions. These declarations and resolutions are also highly influential because they set the working agenda of the UN and how UN monies are allocated.

But there’s a bigger purpose behind all this “non-binding” language. The UN is creating a form of international case law, or precedent, by repeatedly passing resolutions on the same topics using similar wording each time. Progressive courts around the world can then use that “precedent” to push their agenda. It bypasses legislative processes and trickles down to you!

The topics discussed at commissions like CSW include a mix of things that help women and families, such as fighting human trafficking, promoting health care and education, seeking the end of female genital mutilation, and ensuring an atmosphere of non-discrimination in member states. But there is also dangerous anti-family language, such as measures that define unpaid family care as a burden (which push women out of the home even though studies show most women prefer to be at home when children are young), prostitution as an accepted form of employment, abortion on demand as a human right, and implementation of radical comprehensive sexuality education in schools. The language used to advance these controversial topics is always veiled in innocuous terms, e.g., “safe motherhood” and “interruption of pregnancy” (abortion), “commercial sex worker” (prostitute), “diversity” (LGBT advocacy and rights) among others.

Speaking of problematic language, this year’s CSW outcome document is focused on the creation of “Universal Social Protection Systems, including floors” – a reference to a universal basic income scheme similar to what was recently tried (and then failed) in Finland.  There are also references to “universal health care” which removes healthcare from the realms of attempting to help those in need and expands it to everyone in the world – needy or not.  Even if you think these are good things, the question has to be asked: “How will it be paid for?”  The word “global tax” is often bantered around the UN system as a means to accomplish that.  This CSW document also includes over 30 references to some form of “sexual and reproductive health and rights” – UN speak for promoting abortion and the break out of “sexual rights,” a reference which aids LGBT political activists.

What can be done?

Because CSW is so influential in shaping opinions, and therefore policy, regarding women, children, motherhood and the family, United Families International joins with other pro-family organizations in attending the Commission on the Status of Women. We go as a support to those countries that are under pressure by UN entities and western nations to implement laws and programs that are harmful to families. When those countries see us, they know they aren’t alone. We assist them in promoting family-friendly language in those all-important documents. We also bring university students with us and mentor them as the next generation of family advocates.

The 2019 CSW begins March 11. We will report on what we see and what we accomplish. We’ll introduce you to the young people that join with us in our fight for the family. History tells us that conflicts are never easy and the road to victory is a long one. That’s okay. We’re all in this for the long haul.  We know you are too!

More background on the UN. The United Nations was originally conceived as the backbone institution of the One World Order, a 20th century vision by a global group of financiers, politicians and others. Nation states would eventually dissolve and a global governance system emerge in its wake. Carroll Quigley's lengthy book, Tragedy and Hope: A History of the World in our Time goes into great detail on the formation of this institution and the vision of the One World Order. In more recent years, President George H.W. Bush has referred to this as the One World Order and President Bill Clinton billed the Neo-liberal order. Dr. Quigley was a professor of history at the foreign Service School of Georgetown University. The UN today remains a flagship for shaping global policies influencing the family and many other areas of life including the environment and even our county level growth management plans (these are UN mandated millennial goals) here in the US that people may be familiar with. Powerful institution.