The Brethren are not Bigots | Meridian Magazine 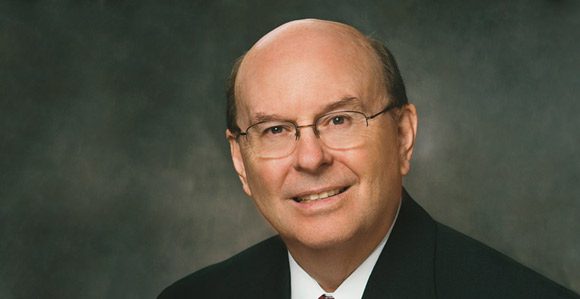 The Brethren are not Bigots

Several weeks ago, I was excited to learn Elder Quentin L. Cook would be visiting our Annapolis, Maryland Stake Conference. (When I learned he had brought his wife, Mary, I was even more thrilled.) My husband’s calling required him to attend the Saturday afternoon priesthood leadership meeting, and I rode down with him to avoid having to drive down by myself for theSaturday evening adult session. I settled in on the couch in the foyer to listen to the priesthood meeting, and will always be grateful to have heard what I heard.

Elder Cook shared some prepared thoughts, and then opened the meeting for questions. My husband was called on, and asked about a matter concerning the Church’s teachings about families and LGBT individuals. Elder Cook first answered the particular detail my husband sought, but then continued in a much more personal vein.

He reminisced about presiding over a San Francisco stake in the early 1980s, when the city was an early gathering place for many LGBT individuals and social tensions were high, in part due to the AIDS scare. Elder Cook found himself responsible for many heartbroken individuals in extraordinarily difficult circumstances–––diagnosed with a terrifying disease, estranged from their families and the Church, sometimes disowned by their families and shunned by members of the Church, alone and unmoored as death approached.

Elder Cook’s recounting of this situation was no humdrum recital–––his voice shook with plain emotion. His descriptions of the men he tried to help were incredibly tender. It was obvious that even all these decades later, the love he felt for those men, and his sympathy for their pain, had stricken him to the core.

Elder Cook ended his answer with a forceful command to love everyone, and especially LGBT members. To try harder to reach out with compassion and understanding.

When new Church policies cause controversy, it’s tempting to suppose our experience, joined with the experience of the multitude of voices weighing in on social media, gives us sufficient wisdom to judge. It’s good to learn from others, and to have the easy opportunity to learn from so many others via the internet. But those voices can give us no insight into the motives and hearts of the leaders responsible for the policy–––only assumptions that often reveal more about the assumer than about Church leaders.

I share my experience listening to Elder Cook not because it will resolve the debate about the new Church Handbook policy on baptisms and parents in same-sex relationships, but because part of that debate is perpetuating a troubling falsehood. The accusations that the Brethren are bigots and clueless about people out in the real world are false. The accusations that the Brethren are acting out of hatred or ignorance are false.

Sustaining our leaders means, at the very least, extending to them sufficient benefit of the doubt to reject such accusations. Fully reject accusations against Church leaders; don’t let conventional wisdom and assumptions constantly repeated by others start to cloud your judgment. I fear that even when we don’t agree “the Brethren are bigots,” we almost subconsciously incorporate some cynicism into our opinions of them just because we see the accusations repeated so often. We conclude so much smoke proves at least a tiny fire. We have to consciously reject that false conclusion.

Church leaders are not automatons at a podium. They’ve led full lives and had broad experience. There’s no Utah bubble to hide in for Church leaders, because to be a high-level Church leader, even in Utah, is to deal with a constant stream and bewildering variety of hard and heartbreaking situations.

And to be a former Stake President in San Francisco is to have a deeply compassionate and loving perspective on the situation of LGBT members. That’s not incompatible with the new policy.

Mush is said in the media, social networks about Heavenly Father's latter day Church leaders, that are complete lies. Those without testimonies founded in the scriptures and confirmed by the Holy Ghost, are following the path of, the un-chosen one. The one who continues to led many down to the same level he is on, never ever to return. Where their is NO light and truth. I have personal experiences with the Holy Ghost, that show these policy are 100% , in keeping with the true teachings of Jesus Christ, concerning the Plan of Salvation & Exaltation. Their are no other ways where by man can gain entrance into eternal joy and happiness, none! By rebelling against Jesus Christ, one chooses to follow the ways of Satan. The longer one is in his power, the less they are to return. Few return from reaching rock bottom. I humbly pray that they will have a change of heart. Heavenly Father loves all His children, but can not bless them when they are unrighteous. They are as the Nephities spoken of in Mormon, before they were all killed. So sad for those who are lost of their own will.

Excerpts from Three Addresses by President Wilford Woodruff Regarding the Manifesto The Lord will never permit me or any other man who stands as President of this Church to lead you astray. It is not in the programme. It is not in the mind of God. If I were to attempt that, the Lord would remove me out of my place, and so He will any other man who attempts to lead the children of men astray from the oracles of God and from their duty.