Something New and Better | Meridian Magazine 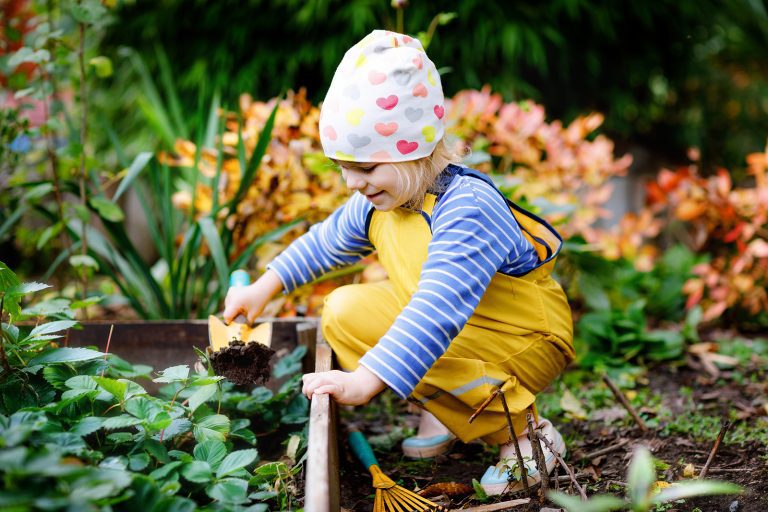 The children who had watched me work in the garden impatiently waited for the plants to come up in the section I set aside for them.  I knew something must be up when I came home from work, and they were all waiting for me.

They all nodded their agreement.  I dropped my books off in my apartment and followed the children out to the garden.  Jordan proudly showed me his discovery.

“I hate to tell you this,” I said, “but those are weeds.  We can’t pull them yet, or we will hurt the baby plants that are growing under the ground.”  I then suggested we check on the radishes since they’re the first non-weed plants to germinate.  I led the way there and knelt down.  The children knelt beside me.

“If you look at those tiny little green leaves, those are radishes,” I said, pointing to the small plants.

The children chattered with excitement.  And over the next few weeks, their excitement grew as other things came up.  When the first pea pods began to show, it was all I could do to get the children to wait until the peas had grown inside.  But finally, the day came when there was enough for each child to have one.

When I told the children it was time to try the peas, even some of the more skeptical teenagers followed us out to the garden.  I showed the children what to look for and how to pick the peas without pulling the plant out by the roots.  Their eyes appeared full of wonder at what they had helped grow.  As I passed peas out to everyone, Sam, the oldest teenager, shook his head.

I laughed.  “If you haven’t tried one fresh out of the garden, you have a surprise coming.  These and the frozen or canned ones from the store aren’t even in the same pod.”

Most of the children didn’t get my joke, but Sam did and rolled his eyes.  Still, he took the full pea pod from me.  I then showed the children how to run their fingers along the pod to open it without smashing the valuable little green pearls inside.  The younger children laughed as they opened theirs.  They all smiled with delight as they each tried it.  Sam’s eyes lit up when he got a taste.

“Those are really fantastic!” he exclaimed.

I was able to find another one for each child, and we agreed to come out together each night so they could all share equally.  I then took my little entourage over to look at the climbing bean fort.  The vines were already halfway up the poles and twine, and they had tiny beans on them.  The children were starting to get the vision of what it would be.

I shared a lot of trips to the garden with the children that summer.  I taught them to weed, and they found it exciting, a feeling I encouraged while it lasted.  We could have always used more vegetables, though there was much more for everyone.  Some, like Sam, would sneak out and get some when they thought others wouldn’t see them.  They were afraid of being called childish.  Many of the children started taking their portion home to share with their families.  I shared a lot from my part of the garden with the others, too.

One day, as we were dividing up the produce, the topic turned to when I had first started turning the soil over one fork full at a time.  “Do your parents still think I’m crazy?”

“No,” Suzanne said.  “Momma now agrees with daddy that you’re just strange, but she says it’s a good strange.”

Fall frosts eventually came, and the children were sad to see the garden turn brown and stop producing.  The next spring, I finished my degree, and I wondered if anyone would be interested in the garden.  None of the adults seemed to be.  But I couldn’t just leave it.  I paid a man to come till it the day before I left.

After packing the last things in the truck, I looked out the window at the garden and saw it all subdivided with twine.  Each family had a portion, and the children were busy showing their parents how to plant vegetables.  The children all seemed so happy and proud of themselves.

Maybe what I taught the children was more than just how to grow a garden.

That was just a bunch of warm fuzzies all in one. Good fall story; thank you.