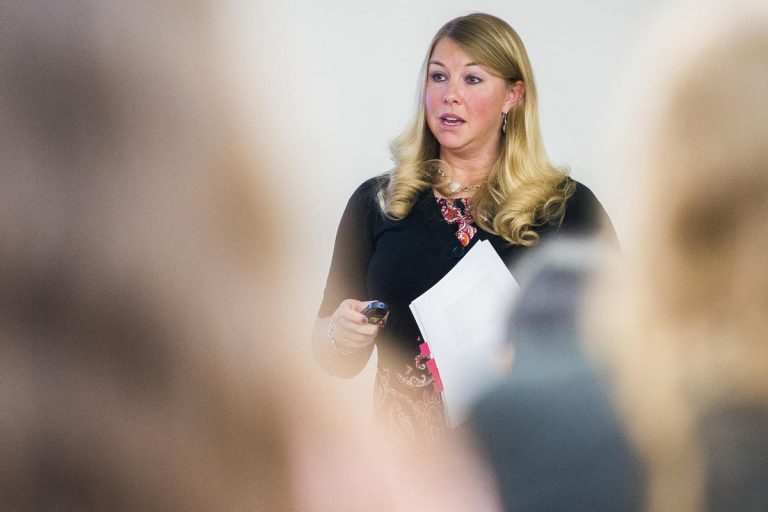 The number of BYU students reporting sexual assaults is up this semester, but that’s OK because it’s a sign that more of them trust changes made by the school and are getting the help they need, says the administrator who takes the reports.

“We knew these assaults were happening anyway. Now people are coming to the Title IX office to report them or visiting with the victim’s advocate or going to Women’s Services and Resources and getting help and information about all the resources that are available to help them.”

A year ago this week, a 19-year-old woman named Madi Barney stood up in a campus forum and complained that the school’s Honor Code Office launched an investigation into her own conduct after she told Provo police that a man had raped her. Other women came forward, adding to the specter that BYU was punishing sexual assault victims. The story gained national attention.

For the past six months, the school has been overhauling its policies, procedures and staff. This week, BYU issued a progress report and hosted daily campus events for National Sexual Assault Awareness Week.

The increase in reports — Turley said she couldn’t share specific numbers — comes in the wake of a decision to adopt a provisional amnesty clause. Amnesty shields students who report sexual assault from being investigated or disciplined for Honor Code violations at or near the time of the assault.

Amnesty was one of 23 recommendations made in October by the Advisory Council on Campus Response to Sexual Assault. The recommendations were cheered by Barney and others who survived assaults while they were BYU students, though some think the amnesty statement isn’t broad enough.