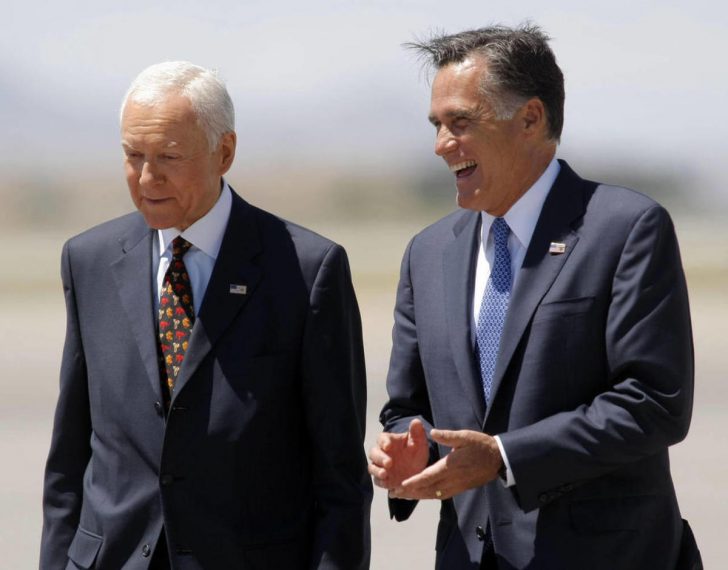 This report is from The Deseret News

SALT LAKE CITY — Mitt Romney is preparing to run for the U.S. Senate if Sen. Orrin Hatch, R-Utah, decides not to seek an eighth term, according to a report Monday in UtahPolicy.com.

Citing unnamed sources close to Romney, the online political news source said Romney is readying for the 2018 race and would be the strongest Republican against the Democrat already running, Salt Lake County Councilwoman Jenny Wilson.

Hatch said Monday that he would “feel good” about retiring if Romney ran.

“As of right now, we’re certainly saying we are” running for re-election, the 83-year-old senator said. “But I have to say that I would be very pleased if Mitt Romney did run for Senate. I would feel good about retirement at that particular point.”

That’s because Romney is “highly qualified, a very quality guy and he would represent Utah very, very well,” Hatch told KSL Newsradio. “I’m not trying to appoint somebody. I’m just saying if that happened to come about, I would be pleased.”

Mitt is eminently qualified and would run for all the right reasons, i.e. to serve without expectation of reward or honor, and certainly not for financial gain. He is exactly what this country needs. His personal and family life are above reproach, and his integrity is bulletproof. Most importantly, he would faithfully follow our Redeemer, in a time when that is increasingly unpopular in our secular world.