Putting Down a Deposit | Meridian Magazine 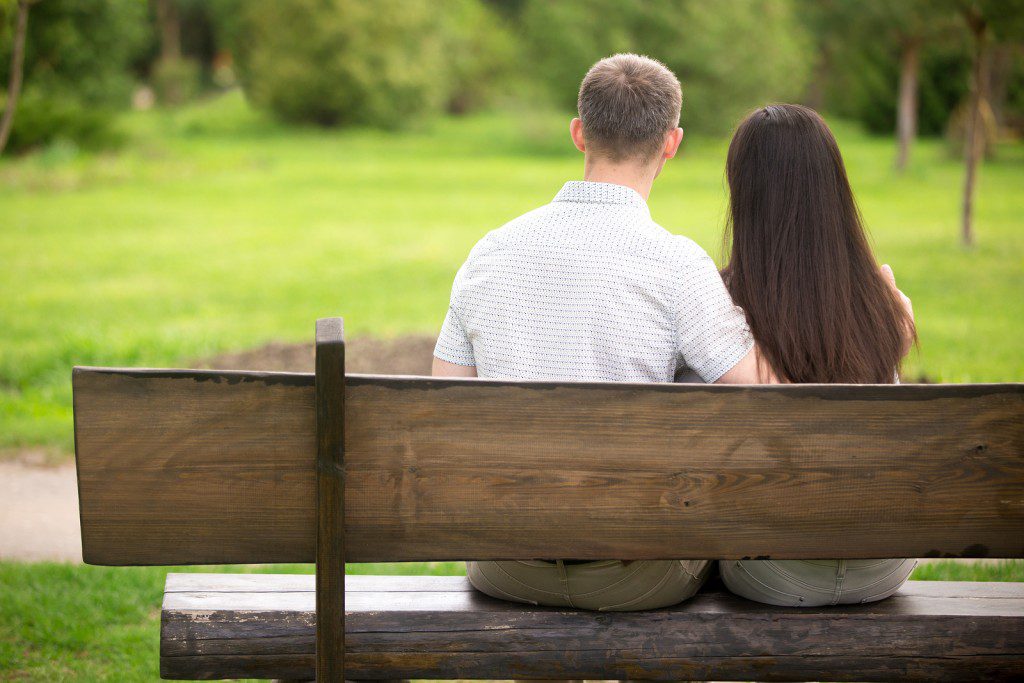 Putting Down a Deposit

Fred and Richard were neighbors and best friends.  It also happened that each of them had had their first child born at nearly the same time, and both children were girls.   So when those girls approached dating age, it was just natural for the two men to get together to compare notes as to how they would handle the situation.

“I plan to make sure that, at least the first time each boy comes to pick up my daughter, I will be cleaning my shotgun so he knows I mean business,” Richard said.

“I considered that,” Fred said, “but that is so old fashioned.  I think I have come up with a better plan that will be a more modern approach.”

“I’m going to make the boy put down a deposit.  If he brings my daughter home safe, sound, and on time, he will get his deposit back.  If he doesn’t, he loses it.  In addition, if he lost his deposit and he wants to ask her out again, the deposit will double the next time.”

Richard thought Fred’s approach was interesting, but he said he would still stick with cleaning his shotgun.

The girls started dating, and each man carried out his plan.  Richard’s shotgun convinced the boys to be considerate of his daughter.  As for Fred’s daughter, Fred started the first deposit at $100.  This kept most boys in line.  However, one or two ended up losing their deposit when they did not get her home at the proper hour.  These boys never asked her out again since they decided $200 was too high.

Fred’s daughter, Sally, wasn’t sure she liked that.  But Fred thought it was good.  If the boy didn’t plan to get her home on time, he shouldn’t ask her out.  And if she wasn’t worth the deposit, then Fred felt the boy didn’t value her enough.

Time went on, and after high school there came a boy that really liked Sally.  His name was David.  David put down the deposit, and when he ended up bringing Sally home on time, Fred offered the deposit back.  David laughed.  “Just put it toward the next date.”

Things went well for quite a while, and then, one night, David brought Sally home almost a half hour late.  Sally explained that they got a flat tire on the way home, but the reason didn’t matter.  Fred kept the deposit.  It took David a little while to get the $200, but soon he was dating Sally again.  Just as before, he kept putting the deposit toward the next date.

Then came the day that David brought Sally home late again.  Fred didn’t give the deposit back, and Sally complained.  “But, Dad, we were in the middle of a serious talk about marriage.”

Fred liked David, but he said a deal was a deal and still wouldn’t give the deposit back.  “But what if I end up marrying her?” David asked.  “Do I get all of my deposits back then?”

“We’ll cross that bridge when we come to it,” Fred said.

David came up with $400 and continued to date Sally.  But that wasn’t the last time he ended up getting her home late.  There were two more.  Sally tried to talk her father out of the deposit each time, but to no avail.  “If you are worth it to him, he will find a way,” Fred said.

It took David a while to come up with the $800.  When it came to the $1600, David sold his motorcycle and said, “Sally and I better get married soon or I’ll be broke.”

And it wasn’t too long before they were engaged.  When the wedding day came, Sally and David approached Fred about getting the deposits back.  Fred smiled, but shook his head.  “I thought about it, and I think it is a good lesson for you to learn.”

David smiled, too.  “And I have learned it well.  I told Sally we should start with a $100 deposit on each child when you want to take your grandchildren somewhere, with it doubling each time you get them home late.”

Fred gave the deposits back.

I read Daris Howard's articles every time they come out. So much fun and enlightenment.

I loved this article! Funny and good idea actually.