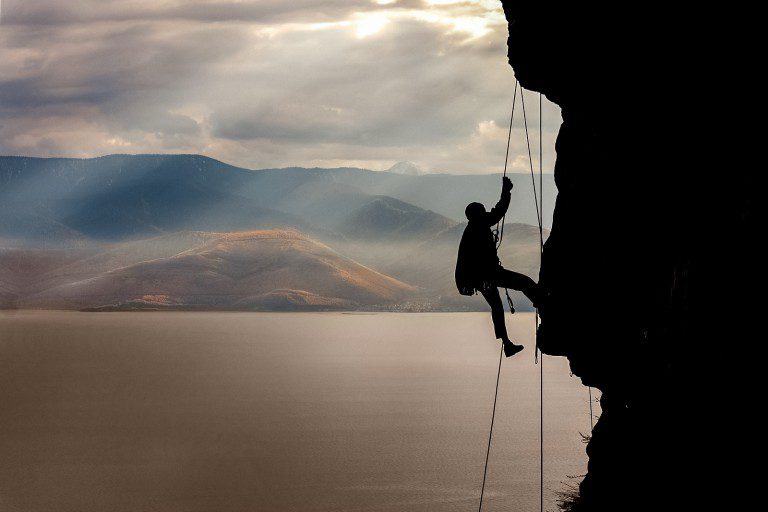 I was scoutmaster to eighteen boys. They had tried to challenge me at different times, and they had always come out the losers. Once fourteen of them tried to throw me in a lake, and I got twelve of them in before the other two ran off. They didn’t give up easily, though, and were determined to get me.

But then they learned I had a major weakness. I had promised the boys that I would do anything they wanted to do as long as it was safe and we stayed within the scout guidelines. One day we hiked a high mountain, and they realized I was deathly afraid of heights. The mountain trail ran along a canyon wall. The other side of the trail was a steep drop to a river far below. I hugged the canyon wall, and the boys noticed.

“Daris, are you afraid of heights?” Gordy asked.

“Me,” I said sarcastically. “Of course not. I’m just friends with the rocks on this wall.”

The boys smiled at each other, and I knew they had something whirring around in their brains.

At the scout meeting the next week, as we planned for the following month, the boys grinned as Gordy made the announcement.

“We have decided we are going to work on the mountain climbing merit badge.”

“It’s getting awful late in the fall, don’t you think?” I protested.

“You said you would do any scout thing we wanted to do,” Mort said.

“But I also said it had to be safe,” I complained.

My assistant scoutmaster could see what was going on, and he just grinned. He, too, had seen me on the hike and knew just what the boys were thinking. And the more I tried to get out of it, the more determined the boys were to go.

At one scout camp in the mountains is a very tall climbing tower. It is far taller than any other climbing object in the area except for a mountain itself. This is what the boys wanted to climb, or I should say, this is what they wanted to see me climb. Mort said he’d see if he could schedule for us to go on a weekend. I secretly prayed it would be over-booked. But it wasn’t, and the next weekend we were all loading into my van and Rod’s pickup to make the climb.

Once we arrived, we had to go through lots of instruction. Finally, it was time to climb. All of the boys and Rod climbed, then it was my turn. I was connected to a rope which went to the top of the tower and from there down to Gordy, who was harnessed to a post. Shakily, I made my way slowly up the tower with the boys all cheering, or more appropriately, mocking me. Finally, I made it to the top. But the scout tower director would not let me climb on top.

“You’ve got to let go and trust your belayer, the person holding the rope, to let you down.”

“Are you crazy!” I said. “I wouldn’t trust him to fetch water right now.”

“Well, then,” he said, “you will have to hang there until you are too tired and have to let go.”

I finally decided I couldn’t hold on anymore, so I asked Gordy if he was ready. He said he was, so I let go.

Gordy was so confident in his ability to hold me that his harness was loosely buckled with some straps not connected at all. When I let go, my weight coming down jerked him out of the harness. He flew to the wall and slid up it as I slid down, both of us scraping on the plastic and wood blocks, passing each other in the middle.

When I finally hit the ground, I wasn’t badly hurt, but my heart was pounding so hard I thought I’d have a heart attack.

“Hey, let me down,” Gordy called as he dangled near the top of the tower.

“I ought to cut the rope and let you drop,” I called back. “But at least that’s over with.”

“Au contraire,” the tower director said. “For the merit badge, you have to do it three times.”

That was one of the few times in life I really felt like maiming someone.