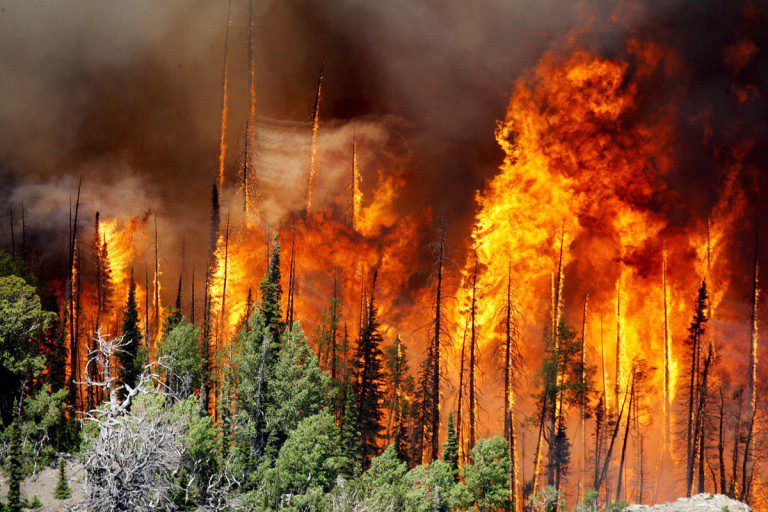 Norma Stapley has lived in the tiny southern Utah town of Summit for more than six decades. There’s not a lot that happens here that she hasn’t seen before.

But the massive Brian Head Fire — which has burned more than 60,000 acres across Southern Utah — marked a frightening first for Stapley and her neighbors.

“We’ve never seen anything like this before,” said the 80-year-old Primary teacher.

Over the past couple of weeks, Stapley has kept a wary eye on the smoke lingering above her community while maintaining close contact with friends in fire-vulnerable neighborhoods in the region.

The good news: while the Brian Head Fire has been both historic and damaging, it has not critically impacted Latter-day Saints in the region. No members or missionaries were harmed in the disaster.

A cabin owner reportedly using a torch to burn weeds sparked the forest fire on June 17. More than 1,500 people were forced at various times from the homes and cabins. Meanwhile almost 2,000 firefighters have been called upon to battle the blaze. As of Sunday, July 2, about 65 percent of the wildfire had been contained.

Following a fortnight of fear, evacuations are being lifted, home and cabin owners are returning to their residences and fire-impacted mountain roads are being reopened.

Bruce Muir, the Church’s humanitarian response director, said the cost of the fire on Latter-day Saints and Church-owned properties is still being assessed.