It’s Curtains for a George Washington Mural in San Francisco. Or Paint, or Panels. Just Hide It! | Meridian Magazine 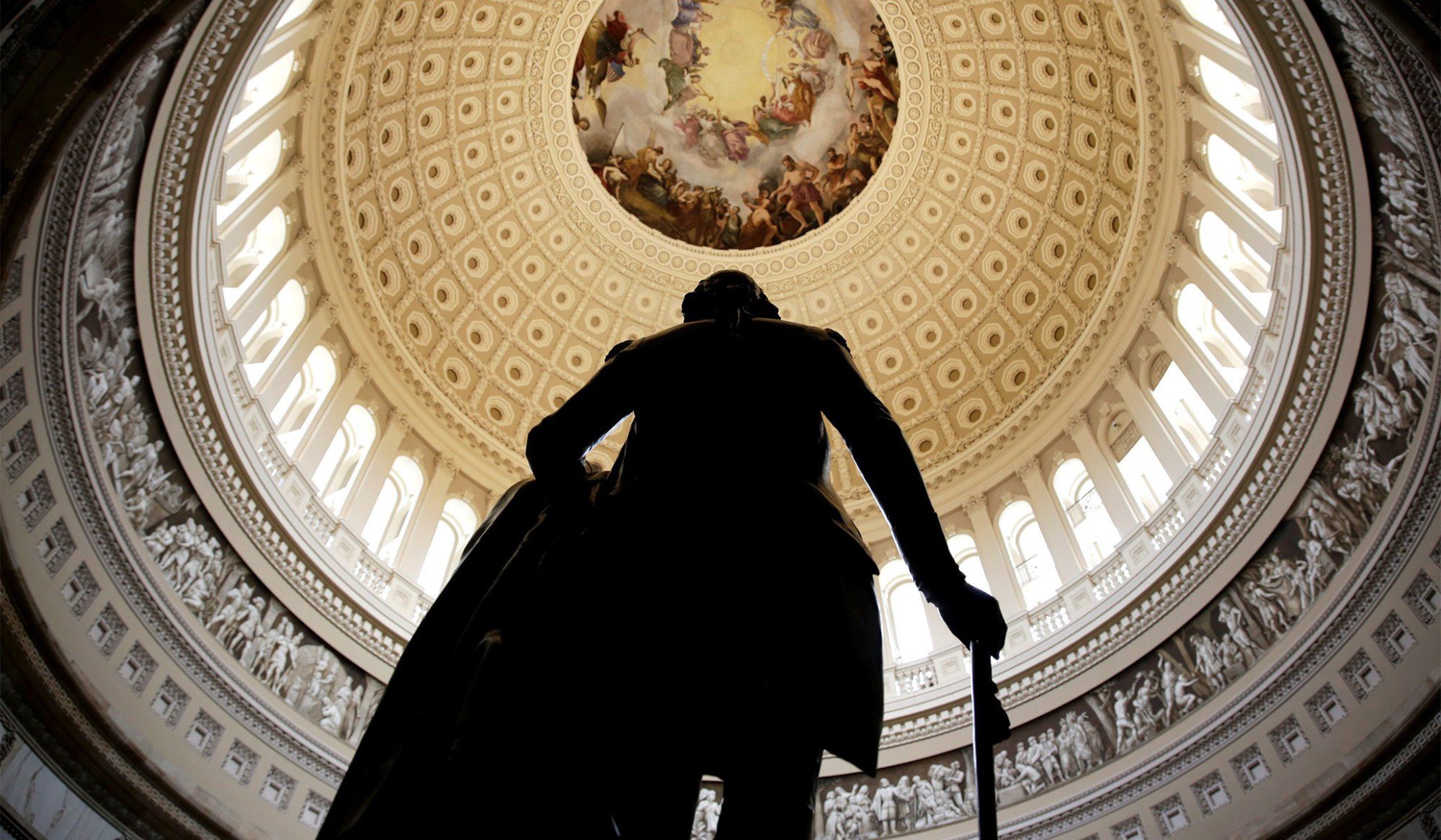 It’s Curtains for a George Washington Mural in San Francisco. Or Paint, or Panels. Just Hide It!

The Founding Fathers often serve as a rhetorical backstop for progressives who wish to dismiss conservatives’ concerns about erasing history. Whatever happens, “nobody’s going to get rid of the Founders,” the retort usually goes. During a panel at the Aspen Ideas Festival in 2017, Harvard historian Annette Gordon-Reed, when asked whether Jefferson was next on the chopping block, confidently claimed, “You’re not going to have American history without Jefferson. . . . It’s not the Soviet Union.”

Not for lack of trying, answered the San Francisco Board of Education! A mere two years after the controversy over Confederate monuments, a mural featuring George Washington is slated to be taken down. After some students complained that the images of a dead Native American and enslaved African Americans in The Life of Washington made them feel uncomfortable, the Board was pressured into voting for its removal.

One might assume this was a fresco that glorified the treatment of Native Americans and whitewashed the history of slavery. The exact opposite, in fact. The mural was created by a Russian émigré named Victor Arnatauff, an actual Communist who painted in the social-realist style. Connecting Washington with slavery and the killing of indigenous peoples was unusual for the time; Arnatauff included these scenes as a critique of the Founding.

It’s hard to overstate how rock-stupid this controversy is. The idea that the mural “glorifies slavery, genocide, colonization, Manifest Destiny, white supremacy, oppression,” as the Board claims, is ludicrous to anyone who actually looks at it. In the scene with the dead Native American, Washington points toward a band of armed explorers in buckskin marching over the native’s corpse. He isn’t looking at the body, however: He’s facing in the other direction, conversing with other Founders over a map of North America.

It’s a powerful statement about how the Founding Fathers, in their idealism and ambition, did not focus on the bloody realities of early America. But progressives seem to think that high-schoolers aren’t intellectually capable of discussing difficult moral questions such as “Is slavery bad?” They also don’t seem to believe that young adults have the emotional bandwidth to calmly walk past depictions of violent periods in our past.