Is This the Most Important Supreme Court Case Since Roe v. Wade? | Meridian Magazine 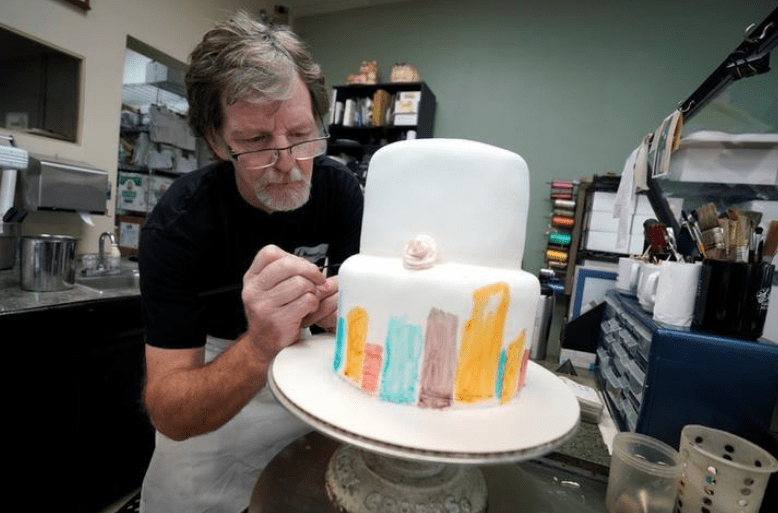 Is This the Most Important Supreme Court Case Since Roe v. Wade?

Oral arguments were heard in the case of Jack Phillips of Masterpiece Cakeshop in Lakewood, Colorado who refused to create a cake for a same-sex wedding, saying it violated his conscience and freedom of speech and freedom of religion.

To understand the nature of the importance of this case, some reports and analysis are highlighted here.

First a response from Jack Phillips himself. He said:

“I serve all who walk through my doors, people from all walks of life. I’ve spent many years honing my craft as a cake artist, combining baking with my love of sculpting, painting, and sketching. And I love my craft because a cake is a canvas on which I express ideas, celebrate events, and bring joy to people’s lives.

“One of my favorite parts of my job has always been designing and creating wedding cakes. They allow me to use my artistic vision to create works of art that are beautiful and distinctive and that mark the beginning of something sacred.

“Though I serve everyone who comes into my shop, like many other creative professionals, I don’t create custom designs for events or messages that conflict with my conscience. I don’t create cakes that celebrate Halloween, promote sexual or anti-American themes, or disparage people, including individuals who identify as LGBT. For me, it’s never about the person making the request. It’s about the message the person wants the cake to communicate.

“I am here at the Supreme Court today because I respectfully declined to create a custom cake that would celebrate a view of marriage in direct conflict with my faith’s core teachings on marriage. I offered to sell the two gentlemen suing me anything else in my shop or to design a cake for them for another occasion.

“For that decision, which was guided by an established set of religious beliefs, I’ve endured a five-year court battle. It’s been very hard on me and my family. There have been tears and many difficult days for us. We have faced death threats and harassment. I’ve had to stop creating the wedding art that I love, which means we’ve lost much of our business—so much so, that we are now struggling to pay our bills and keep the shop afloat.

“It’s hard to believe that the government is forcing me to choose between providing for my family and employees and violating my relationship with God. That is not freedom. That is not tolerance.”

That this case is bigger than Jack Phillips or his cakeshop is noted in Justice Anthony Kennedy’s peppering the attorneys for Colorado and the ACLU with this type of question.

“Kennedy seemed particularly bothered by a commissioner’s statement claiming that what Phillips had done was “despicable,” calling this “hostility to religion.” He lectured the state: “Counselor, tolerance is essential in a free society. And tolerance is most meaningful when it’s mutual. It seems to me that the state in its position here has been neither tolerant nor respectful of Mr. Phillips’ religious beliefs.”

“While the state’s attorney expressly disavowed that statement at argument yesterday, it may not be enough. Kennedy asked, in light of that disavowal, “Could your judgment stand?”

“But he wasn’t finished. He also probed, along with Justice Neil Gorsuch (who observed that a second commissioner had expressed animus against Phillips) as to why the state should be able to force Phillips to “teach … to his family” that the state thinks his beliefs are discriminatory.”

Outside the Supreme Court others weighed in:

“Ryan Bomberger, founder of the Radiance Foundation, a nonprofit educational organization to affirm life, says Phillips’ case involves much more than just the rights of a cake baker.

“’I am adopted,’” Bomberger said, adding: ‘And people don’t realize how far-reaching a lot of these issues go when it comes to LGBT activism. In fact, in the state of Illinois, they passed [a law] where if you are not LGBTQ-affirming as a parent, you can’t be a prospective foster care parent’.

“Instead, Bomberger said, Phillips’ case is about every American’s First Amendment rights.

“Ryan T. Anderson, a senior fellow in American principles and public policy at The Heritage Foundation, said Phillips’ case boils down to freedom.

“Some speakers at the rally had stories similar to that of Phillips. Kelvin Cochran, a former fire chief in Atlanta, said he was dismissed from his job because of his faith. Cochran had written a religious book that included his beliefs about sexual morality.”

“The idea that the government can force someone to participate in events like weddings, baptisms, bar mitzvahs, or even funerals—events that are so full of cultural and religious meaning—is deeply troubling. The First Amendment requires more of us. The government cannot force someone to celebrate a wedding any more than it could force them to say the Pledge of Allegiance. And it cannot force them to support someone else’s celebration any more than it could force them to raise the flag for the Pledge of Allegiance.

“Of course creating a custom wedding cake is part and parcel of celebrating a wedding. Jack Phillips should not be forced to do that any more than someone should be forced to sing at a wedding, or serve as a wedding witness, or attend the wedding with a sufficiently large smile on their face. As a nation, we can live and let live without taking extreme offense at others’ choices or forcing them to participate in our own.”

Why take the chance that the most memorable day of your life, your wedding, could be sabotaged by an unenthusiastic participant? Unless you're just trying to score points for your agenda.