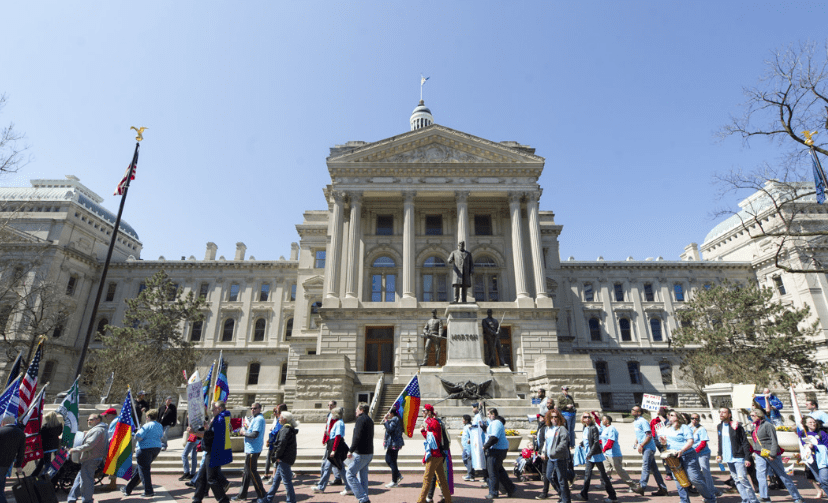 How 139 bills across the country are redefining religious freedom

The turf war over the place of faith in the public square is accelerating, and the stakes are rising like never before. Today, nearly every strata of society is affected, from kids in foster care outside Detroit, to college freshmen in Arizona, to florists and cake shop owners in America’s heartland.

On one side are believers who say their faith communities are threatened by an encroaching secular and godless movement seeking to silence and shun them. On the other side are LGBT and women’s rights activists who say Americans are being denied basic human rights and enduring ongoing discrimination under the guise of religious freedom. Many others, including long-time religious liberty advocates, both gay and straight, are alarmed by the direction of today’s religious freedom debates, arguing that this value is meant to unify, not tear people apart.

The Deseret News spent the past two months researching proposed legislation across the nation to try to gain some sense of where this battle is heading. In Arizona, lawmakers have passed a law requiring new free-speech policies from public colleges. In Oklahoma, the state legislature made it legal for faith-based adoption agencies to turn away same-sex couples. And in New Hampshire, gender identity-based discrimination is now outlawed. In all, the Deseret News found 139 bills regarding religious freedom that were debated so far this year. These bills cover everything from religious clubs in elementary schools to state officials authorized to solemnize weddings, but most deal with LGBT rights, free speech, health care and adoption.

Dozens of organizations spend time and money tracking state legislatures because they hold clues about the future of federal policies, said Rose Saxe, a staff attorney with the American Civil Liberties Union. Often, if the same type of bill makes progress in multiple states, it won’t take long before a similar bill comes before Congress.

This analysis sets the stage for a six-month investigation into the state of religious freedom in America. The Deseret News will explore key conflicts affecting people of faith, sharing the stories of religious college students who feel silenced by school leaders and families caught in the middle of fights over faith-based adoption agencies.

Democrats and Republicans, young and old, once rallied around religious freedom. This project will explore why that’s no longer the case.