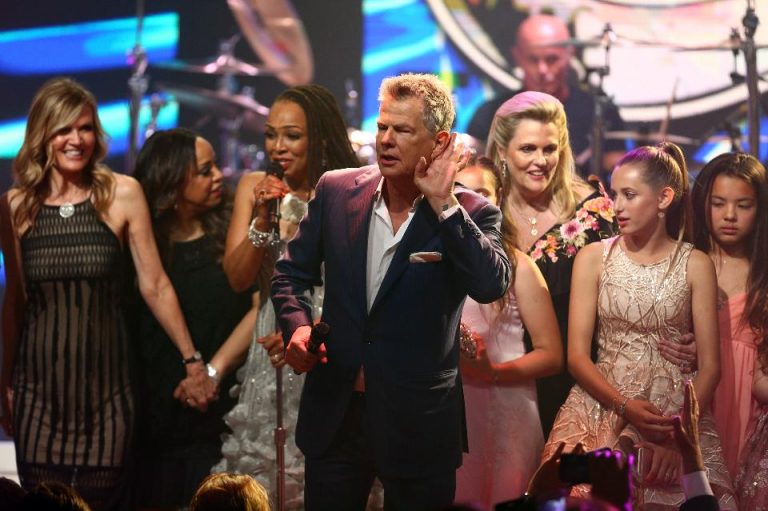 David Foster is far and away one of the most successful producers of all time. If there is a well-respected, talented singer or band out there, Foster has probably not only worked with them, but the music they made together was probably a huge hit, and it likely won both of them some awards. Throughout his decades in the music industry, Foster has worked with seemingly everybody, including Celine Dion, Chicago, Barbra Streisand, Chaka Khan, Whitney Houston, Michael Jackson, Madonna, and hundreds of others. He’s been nominated for 47 Grammys in his time, winning 16 of them, including Album of the Year an incredible three times.

So, what does a man like Foster do at this point in his career? He keeps making great music, of course! He recently just partnered with The Mormon Tabernacle Choir, another one of the most respected institutions in music, on the group’s new album Mormon Tabernacle Choir & Friends, which features contributions with top tier artists like Sting, Yo-Yo Ma, James Taylor and of course Foster, among many other luminaries.

I spoke to Foster recently about what it was like working with the Choir on this project, the new streaming economy and the band he’s headed into the studio with next (it’s not who you’d expect).

Hugh McIntyre: I’m excited to hear this album with the Tabernacle Choir. What made you want to work with them and partner for this collaborative project?

David Foster: This album actually is a culmination of some of the great artists that have worked with the choir and the orchestra over the years. For me, I’ve been involved for the last 10 or 15 years with the choir and it’s always a pleasure to go there. It’s musically so rich and so deep and the choir is extraordinary. The power of 360 singers and a 100 piece orchestra all at once in this beautiful setting, it’s almost overwhelming and it’s something that keeps drawing me back. I love it every time.