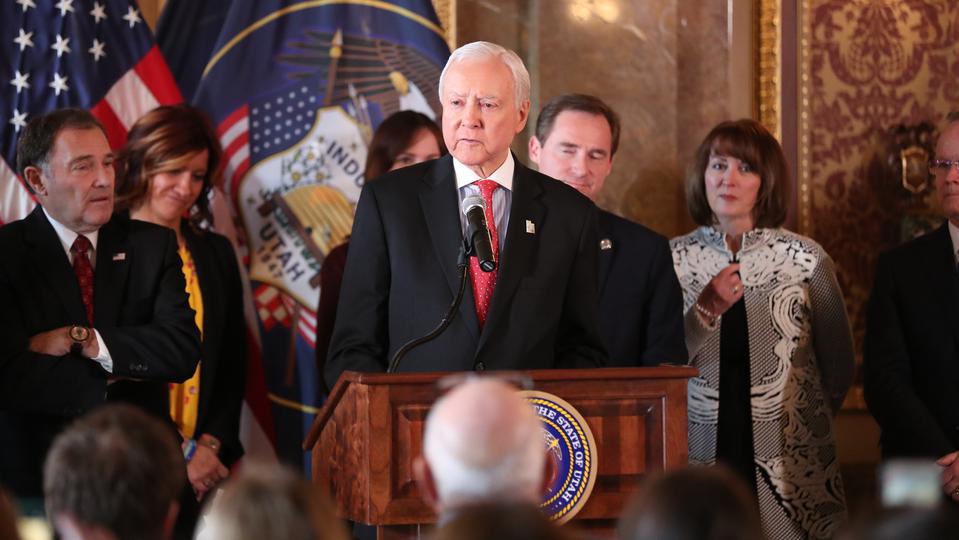 The First Presidency of The Church of Jesus Christ of Latter-day Saints released a statement, saying, “Throughout his life, Senator Hatch served with distinction, particularly during the 42 years he represented the State of Utah in the United States Senate.

“Senator Hatch’s tireless efforts on behalf of his country have benefitted countless lives and his strength in promoting religious freedom will be a blessing to all people of faith for generations to come,” wrote President Russell M. Nelson and his counselors, President Dallin H. Oaks and President Henry B. Eyring.

The statement continued: “[Hatch’s] service in callings he accepted in the Church reflected his commitment to serve his fellowman. Senator Hatch leaves a commendable legacy to his family and to his nation. We express our love to Elaine and to their children and grandchildren and pray the Lord’s blessings will be upon them.”

Hatch is survived by his wife, Elaine, and their six children. Details regarding funeral arrangements will be forthcoming.

Hatch served as a Utah senator from 1977 to 2019. Upon his passing, the executive director of the Hatch Foundation, Matt Sandgren, said Hatch “personified the American dream.”

“Born the son of a carpenter and plaster lather, he overcame the poverty of his youth to become a United States senator. With the hardships of his upbringing always fresh in his mind, he made it his life’s mission to expand freedom and opportunity for others — and the results speak for themselves,” said Sandgren.