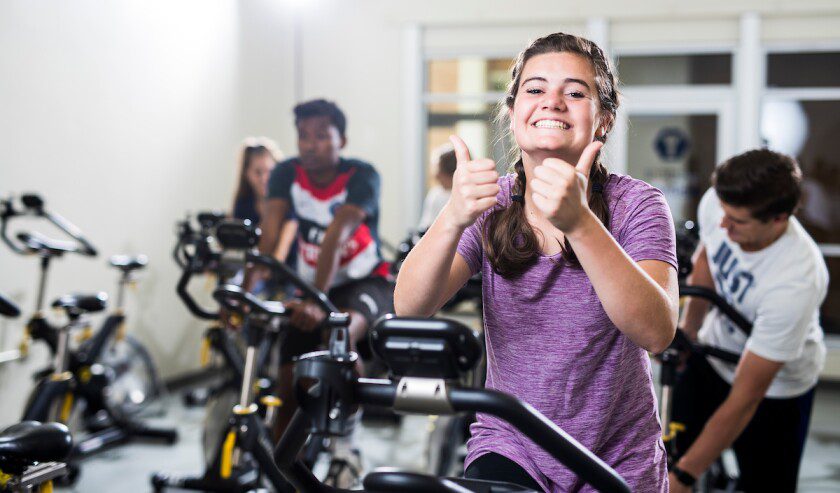 Even with a short Thanksgiving pause, many people are turning to fasting for weight loss and improved metabolic health, whether that be a regimen of time-restricted eating, periodic fasting or the “monk” fast. Now a new BYU study published in the journal Medicine & Science in Sports & Exercise finds that exercising intensely at the start of a fast may help maximize health benefits of temporarily foregoing food.

“We really wanted to see if we could change the metabolism during the fast through exercise, especially how quickly the body enters ketosis and makes ketones,” said BYU Ph.D. student Landon Deru, who helped design the study for his thesis.

Ketosis occurs when the body runs out of glucose — its first, preferred fuel — and begins breaking down stored fat for energy, producing chemicals called ketones as a byproduct. In addition to being a healthy energy source for the brain and heart, ketones combat diseases like diabetes, cancer, Parkinson’s and Alzheimer’s.

For the study, the researchers asked 20 healthy adults to complete two 36-hour fasts while staying hydrated. Each fast began after a standardized meal, the first fast starting without exercise and the other with a challenging treadmill workout. Every two hours while awake, the subjects completed hunger and mood assessments and recorded their levels of B-hydroxybutyrate (BHB), a ketone-like chemical.

Exercise made a big difference: when participants exercised, they reached ketosis on average three and a half hours earlier in the fast and produced 43% more BHB. The theory is that the initial exercise burns through a substantial amount of the body’s glucose, prompting a quicker transition to ketosis. Without exercise, the participants hit ketosis about 20 to 24 hours into the fast.

“For me, the toughest time for fasting is that period between 20 and 24 hours, so if I can do something to stop fasting before 24 hours and get the same health outcomes, that’s beneficial,” said study coauthor Bruce Bailey, a BYU exercise science professor. “Or if I do fast for my usual 24 hours but start with exercise, I’ll get even more benefits.”

There are a few caveats to the proposed strategy, however.

“If you carb load or eat a huge meal before you fast, you may not reach ketosis for days, even if you do exercise, so you should eat moderately before fasting,” Bailey said. “We also don’t know the ideal frequency for fasting. There are definitely certain people who shouldn’t fast, such as those with Type 1 diabetes, and obviously it’s detrimental to fast 24/7. But for most people it’s perfectly safe and healthy to fast once or even twice a week for 24 or more hours.”

The study, which required participants to run on a treadmill for an average of 45 to 50 minutes, also didn’t establish an ideal amount or type of exercise for every person. Overall, though, the researchers believe the more energy a person can burn, the better.

“You can get a pretty good estimation of how many calories you’re burning in most exercises, and the more carbohydrates you burn off (without overdoing it or injuring yourself), the better you set the stage for starting ketosis early in your fast,” Deru said.

Also important to note is that, according to the participants’ reports, exercise didn’t seem to aggravate hunger or affect moods during the fast.

“Everyone’s going to be a little grumpier when they fast, but we found that you aren’t going to feel worse with the intervention of exercise — with exercise, you can get these extra benefits and be the exact same amount of grumpy as you would be if you didn’t exercise,” said Deru.