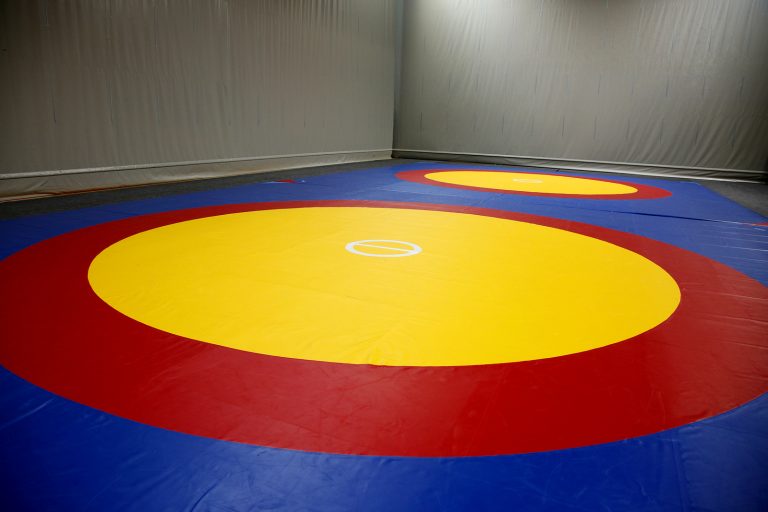 I was a senior in high school, and it was just two weeks before Valentine’s Day when Lisa called me. We were cousins, close in age, and were good friends.

“Daris, are you free the Saturday after Valentine’s Day?” she asked

“I have a friend named Tina,” she replied. “And she said she would set me up on a date to the Valentine’s formal if I’d set her up with you.”

“No. But I told her I had a good looking cousin, and she was excited.”

“Have I ever met your good looking cousin?” I asked.

“Very funny,” she replied. “But would you be willing to go? We could probably work out for you two to meet ahead of time.”

Lisa lived in a bigger town about forty-five minutes away. We talked about ways I could meet Tina, and I suddenly remembered something.

“Hey, Lisa,” I said. “We’re wrestling your school’s team down there this Friday. If she could come, that would give us a chance to meet.”

Lisa thought that was a good idea. She planned to come and would bring Tina.

The day of the meet came, and our team drove to Lisa’s school. After weigh-ins, we gathered in the gym. The coach of the other team walked up to me.

“Howard,” he said, “I know you’ve beaten everyone whose come up against you, but tonight your reputation is going down. You’re wrestling the fullback of our football team. He’s big, strong, totally undefeated, and he plans to keep it that way.” He then laughed and walked away.

“Howard, does that make you nervous?” Lenny, my friend, asked.

“Not in the slightest,” I replied. “There’s more to wrestling than just strength.”

But with Lisa and Tina watching, I hoped I would win.

That evening, by the time we got to my match, our team was down by ten points with only three matches to go. When my opponent stepped onto the mat, he turned to face the home crowd, and they rose to their feet and cheered, whistled, and stomped.

He and I shook hands, and within seconds after the whistle blew, I had him down and on his back. By the end of the second round, I was ahead fifteen to nothing. I was determined to get the pin in the third. But as I tried to work him into a pin position, he put out his arm. When I tried to force it, he groaned. Twice I backed off to let him pull in his arm, but each time I went again, he did the same thing. I finally decided he must be more limber than I thought, and I pushed on through. He yelled to the ref to stop the match, and we untangled. His shoulder was hurt, and he had to default.

After that, Tina refused to go to the dance with me. So Lisa brought over a girl named Kim, who was very shy. I thought she was probably pretty, but she hadn’t made herself up. Lisa whispered for me to ask Kim, and when I did, Kim nodded but turned her eyes from me.

The night of the dance came, and Lisa helped Kim fix herself up. I thought Kim was beautiful. Kim’s cousin, Sam, went with Lisa, and we had a fun dinner together. After we arrived at the dance, Sam and I went to get some punch for our dates. When we got back, I found some boys surrounding Kim, teasing her. She was crying.

“I hear your date is a wimpy South. boy,” I heard one say. “You must be desperate.”

The other boys laughed. That was when I tapped the boy that had said it on the shoulder. He turned to look at me, his arm in a sling. The shock on his face at seeing me again was priceless.

Aughhh! Now you've piqued our interest, you have us on the edge of our seats, and there's not even a "See the next chapter at this theater NEXT WEEK" on the screen. Sequel! Sequel! Sequel!