Where is the Friendliest Ward? | Meridian Magazine

Where is the Friendliest Ward?

Not long ago, when I was Gospel Doctrine teacher, I drew a giant bell curve on the chalkboard. I then drew tiny vertical hash marks along the line, and said each of those represented a ward somewhere in the world.

On the far left was where the coldest and most unwelcoming ward would be. And on the far right was the spot earned by the warmest and kindest ward.

“It’s not subjective,” I told them. “Wards are either friendly or not, and they vary from one to another.” In some wards a visitor is regrettably, but virtually, ignored and in others a visitor is embraced like a long lost friend. Both occurrences happen, can be measured, and can prove a ward’s Friendliness Quotient. Yes, there are people who misunderstand or take offense and think a ward is unfriendly when it’s not, but let’s leave them out of the equation. Let’s just look at the numbers and count how many heartfelt greetings are expressed to newcomers who have normal reactions.

A super vivacious, gregarious member can tip the scales and that’s okay. If just one person is ultra-friendly, the ward is perceived as friendlier than if that person weren’t in the mix. Likewise, a grouchy person who shoves past a stranger can also slant the impression negatively, making a guest feel lonely and unwelcome. Each person adds to the general conclusion about whether this ward is kind or uncaring.

Take a mental picture in the chapel and in the hallways: Count the smiles and count the frowns. Every ward has its own total, its overall feel, its personality.

Now go back to that bell curve. Where is your ward? Are you far to the left, far to the right, or in the middle zone? Somewhere on that curve is where your ward would be. And somewhere in this grand, international church, there is a ward that deserves that final spot on the far right, and the title of Friendliest Ward.

“So,” I asked my class. “Why can’t that be us?” None of the hash marks are assigned and immovable. We can choose to be anywhere on that continuum that we want. How do we amp up our friendliness? How do we become the Number One Friendly Ward of the World?

It’s simply a matter of putting others before ourselves. Instead of coming to church with a thousand worries and a complete preoccupation with one’s own immediate family, why not look around for a new, unfamiliar face? You don’t have to be an over-the-top extrovert to smile, or to shake someone’s hand and express sincere gladness to see them. Why not try to see these visitors the way God sees them, as children he loves? Why not be excited that they’re here, joining us in our most important meeting?

At a wedding reception not long ago, a woman from a previous ward of mine came up to me and said, “Did you know your husband is the reason I got active again?” She went on to tell me that her own husband had dragged her to a ward dinner one evening, and as she was hanging back against one wall, she saw a man come all the way across the cultural hall to shake her hand and welcome her. She never forgot it. My husband, Bob, had made her feel singularly special, worth the walk and worth the time to say hello. She decided then and there that maybe there was something to this faith.

A couple of years ago, a man in our ward was tentatively testing the waters, seeing if he wanted to reactivate. Bob came up to him just before Sacrament meeting, grabbed his hand, slapped him on the back, and joked with him. Months later the man said his first reaction was, “Well, he knows I’m new. We’ll see if this lasts.” But it did. It was genuine and Bob really wanted to be his friend. To this day he remembers how loved and important Bob made him feel.One man, one sincere gesture, one conclusion that this is a friendly ward after all.

A cousin of mine used to sit in the back of the chapel when she was Relief Society President, so she could oversee the members and check out which sisters looked as if they could use a hug. Who was alone? Who was stressed by rowdy children? After the meeting she would extend extra care and concern to them, and make them glad they came, if only to see her smiling face.

When my daughter and I took a trip to Maui we visited a ward just as a new missionary was giving his farewell talk. After the meeting he was laden with so many flower leis that it nearly blocked his face. And he wasn’t the only one showered with affection; as visitors we were made to feel like family. My daughter was stunned by the sweetness and affection shown her by the Mia Maids in her classroom. Is it the Aloha Spirit? And why can’t we have that, too? Why are Hawaiians so much friendlier? Where is the friendliest ward- Uganda? Bali? New Zealand? Paraguay? Thailand? Does it have to be in another country or could it be right in our own home ward?

Every one of us has a busy calling (every calling is tough if you do it right). We each could use the excuse that we have somewhere we must rush, a room to prepare for the next hour, a person to see, a library poster to borrow, kids to corral into their classes. But are any of these more important than rescuing a soul? Why breeze by someone to teach a class on love? Isn’t that the picture of irony?

If we put our newcomers first, and if each one of us made it a “self calling” to greet and welcome every visitor, our ward could edge to the right on that bell curve, and just maybe rest in the final spot. Where you fit on that chart isn’t luck of the draw. It’s choice of the heart, and every one of us can step up and make our ward the best it’s ever been. 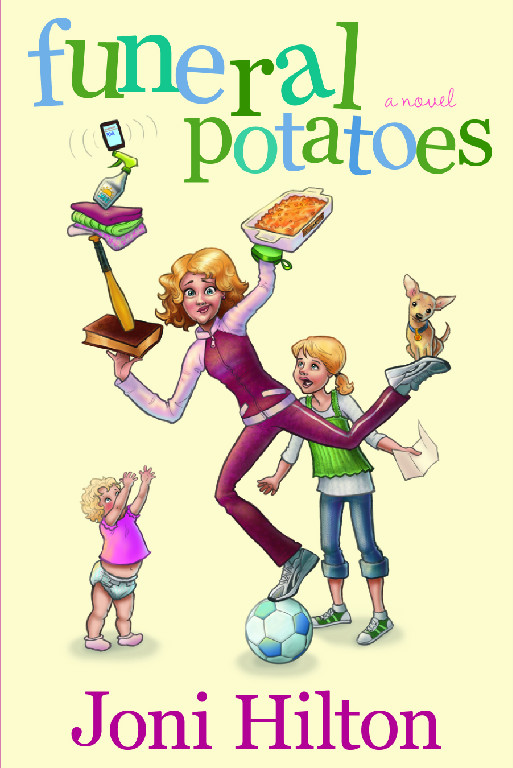 Hilton has written 17 books, three award-winning plays, and is a frequent public speaker and a former TV talk show host. She is also the author of the “As the Ward Turns” series, “The Ten-Cow Wives’ Club,” and “The Power of Prayer.” Hilton is a frequent writer for “Music &The Spoken Word,” many national magazines, and can be reached at her website, jonihilton.com. She is married to TV personality Bob Hilton, is the mother of four, and currently serves as Relief Society President in her ward in northern California.