With the end of Daylight Savings Time, this is now the perfect time of year to snuggle up by the fireplace and read a good book.  Here are some great books to help ages nine through adult to do just that! 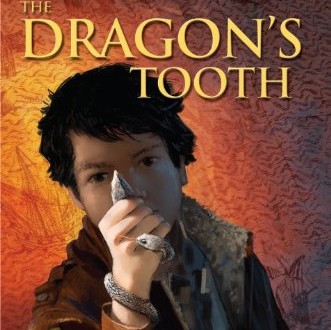 The Dragon’s Tooth, by N. D. Wilson, is the first in a planned series and that is a very good thing!  Siblings Cyrus and Antigone are about to leave their home, an old dilapidated motel that has just burned to the ground, in search for their older brother (and guardian) who has just been kidnapped.  Their father is dead and their mother is in a coma and they have no choice but to go with a peculiar little man who will help them find their brother – but they must leave at once.  Evil is lurking all around their now burned home and they need to escape.  But where they are taken, and the many exciting events that occur, will have you turning the pages as fast as you’re able. This book is as exciting as it gets!

The Viscounti House, by Elsbeth Edgar, is part mystery and part realistic fiction and will enrich the reader to life down under with a summer atmosphere during school and Christmastime.  Laura feels like an outcast in her new school where she doesn’t know anyone.  She lives in an old Italian manor, the Viscounti House, where parts of the house are in great need of repair.  Her artist parents are a bit different from the norm which also makes her feel odd.  When a boy, Leon, moves into his grandmother’s house, he seems to be ostracized from the rest of the school kids, but she ignores him.  However, as she delves into the mystery of why this huge house was built, she befriends Leon and together they set out to solve who built the house – and why. This is the author’s first book but it is so well written that all ages will immediately become engaged!  Also, you’ll find the inspiration of how this book was written at the back of the book.  I wish other authors would write a brief note at the back of their books as to why they wrote it because it just might ignite future story writers. 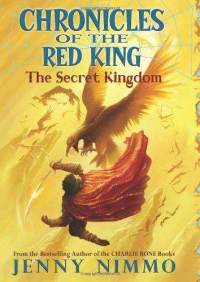 Chronicles of the Red King:  The Secret Kingdom, by Jenny Nimmo, is the first book in a planned series that expands the author’s story about “Charlie Bone”. This Red King series however is about Charlie’s ancestor: the Red King of Africa. Timoken (the Red King) and his sister are in search of a new home after their kingdom has come under attack.  Timoken has been given a magical red cloak, made by the last moon spider’s web, and the depraved sorcerers desire it and will stop at nothing to get it.  The story spins an adventure that welcomes more books to tell more of this tale.  The protagonist will endear the reader as he is kind, respectful and values family and friends.

Pie, by Sarah Weeks, is a story rich in language, family and pies. It’s 1955 and ten-year-old Alice is saddened from the death of her beloved Aunt Polly, the “Pie Queen of Ipswich”.  Her aunt has mysteriously bequeathed her piecrust recipe to her cat, Lardo, and has left her cat for Alice.  And so begins the story of Alice and her family and the tale of her friendships, family relationships and what happens with her labored relationship with her own mother. Aunt Polly would be richly rewarded in heaven knowing how this tale turns out. The fourteen recipes found throughout are mouthwatering yummy pie concoctions.

Icefall, by Matthew J. Kirby, may well prepare you for winter, but this story makes for a long, cold and traitorous season.  Solveig and her siblings are waiting out a long and hard winter far away from their castle as their father, the king, has sent them away from the impending war in order to protect them.  But as the cold permeates their skin and food becomes scare, they begin to wonder where the assailants really are.  Could they be right in their midst? This well-written book, by “The Clockwork Three” author, keeps the pace going all the way to the frozen tundra finish.

Circle of Secrets, by Kimberly Griffiths Little, has eleven-year-old Shelby having to go live with her estranged mom after her father has to work overseas for several months.  Her mother left her father and her a year earlier and Shelby is full of bitter hurt and wants nothing to do with her mom.  But moving into her grandmother’s old Louisiana bayou cabin and living once again with her mom, forces her to rethink her attitude towards her mother.  Shelby becomes friends with a mysterious girl, Gwen, and soon discovers that perhaps Gwen may be a ghost. Gwen’s life becomes entangles in her life as well as her mom’s past and she learns some mysterious events from the past. This is a ghost story that is less scary and with more overtones of friendship and resolution. 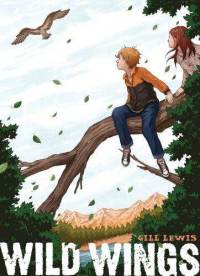 Wild Wings, by Gill Lewis, and with illustrations wonderfully drawn by Yuta Onoda sprinkled throughout, is a story about hope and the fragility of the lifespan of animals.  Two children living in Scotland become friends when they save an injured osprey that is tangled in a fishing line. The naturalist they call upon to save the bird’s life, tags her and allows the children to follow its flight from Scotland to Africa on-line. This fascinating story explores friendship, wildlife and cultural differences.  Be sure to check out the note to the reader found at the back of the book that gives more information and ways to track ospreys in Scotland.