Summer is for Reading | Meridian Magazine

Summer is for Reading

Summer is for reading and here is a list of some great page-turners for ages nine and up (with the exception of the first book which is best for teens and adults). 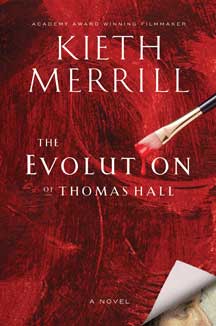 The Evolution of Thomas Hall, by Kieth Merrill, is an extraordinary novel about an extraordinary artist who comes to terms with his disbelief in Christ, when he is commissioned to paint a mural of the Savior with young people for a children’s hospital.  His progress into a testimony is insightful, rich and conveys the spiritual emotion that could transform the reader into a stronger testimony as well. This beautifully written 454 page story is full of passages that bring visions of passion and eloquence throughout as the drama builds to its final climax. Here is a story waiting for the cinema!

The Water is Wide, by Marianne Monson, is the first book in “The Mima Journal” series and is about fourteen-year-old Mima Houghes.  The story is set in 1845 and tells of the dramatic changes that take place in her life in England when LDS missionaries baptize her and she begins a journey to America with her mother. 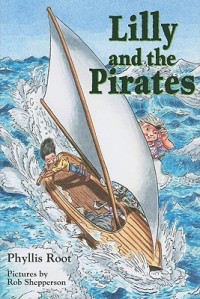 Lilly and the Pirates, by Phyllis Root, and illustrated with pencil and ink drawings sprinkled throughout by Rob Shepperson, is an exciting page-turner from beginning to end (in fact this would be a bedtime reading pleaser). Timid ten-year-old Lilly must set out upon the high seas with an older woman pirate in search for her parents, who have been shipwrecked on a far-off island.

Aliens on Vacation, by Clete Barrett Smith, and with wonderfully drawn aliens sprinkled throughout by Christian Slade, is a fun, engaging and hilarious adventure that takes Scrub to his grandmother’s “Intergalactic Bed & Breakfast” for the summer. He soon discovers that this themed hotel is more that just the decorations:  the guests are actually aliens.

John Grisham’s new junior novel, Theodore Boone: The Abduction is his second mystery in this series written for kids. The suspense builds in this page-turner when Theodore discovers his best friend has been kidnapped right out of her bedroom. 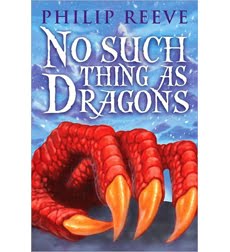 No Such Thing as Dragons, by Philip Reeve, is a rich tale about Ansel, who is a mute, and his overly flamboyant charlatan master who brags and makes his living off of making up stories to kill dragons in the vicinity.  But Ansel is soon to become a hero – when a real dragon shows up.

Kingdom Keepers IV:  Power Play, by Ridley Pearson, is the fourth book in this Disney World adventure and if you’ve missed reading the other three, you’re missing out!  However, you don’t need to read the others to enjoy this exciting adventure. Five teens are part of the Kingdom Keepers. But one of the teens seems to have turned the technology into something more sinister. Is she bringing holograms to life?

Little Joe, by Sandra Neil Wallace, and with wonderful pencil illustrations sprinkled throughout by Mark Elliot, is about young Eil who is about to enter in his first calf showing at the country fair and has many lessons to learn. This beautifully written story is both rich in details of rural life in the summer and is engaging in the storyline.

Storm Runners, by Roland Smith, is one fast read – and it’s not because it’s a short-story. It’s because it’s packed with excitement and adventure as Smith writes so well! Twelve-year-old Chase travels with his father, who is a “storm runner”, all over the country. But the climax reaches its highest pitch when he and his friend are caught in a hurricane in Florida. 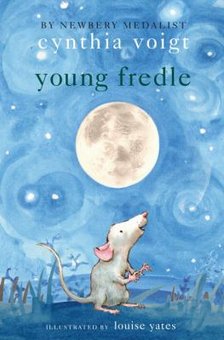 Young Fredle, by Cynthia Voigt, and illustrated with pencil etchings sprinkled throughout by Louise Yates, has a young mouse, Fredle, dealing with many dangers after he is thrown out into the world after leaving his house. This wonderfully written story deals with lessons of friendship, freedom and home.

Murder Afloat, by Jane Leslie Conly, is a thrilling historical fiction set during the late 1860’s in Baltimore.  Benjamin lives an easy life with his own pony and loving parents when he is suddenly kidnapped by sailors on an oystering boat. Now he has to learn how to survive life with these dangerous men, as well as the elements as sea.  The author based this story on an old newspaper article. 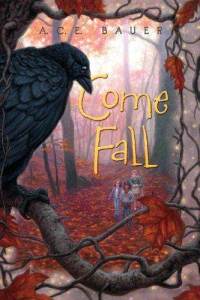 Come Fall, by A. C. E. Bauer, has the elements of adventure, life in middle-school and magic as three kids learn about life, foster care and friendship in this delightful blend of Shakespeare’s “A Midsummer Night’s Dream” and their relationship to a magical crow.

And finally, for lengthy trips, here are some series that will wrap your travel time into mystical magic: Eoin Colfer’s three books about Artemis Fowl, Jonathan Stroud’s three books of The Bartimaeus Trilogy, Brandon Mull’s three books of Fabelhaven and finally Susan Cooper’s five exceptional The Dark Is Rising books. (Cooper’s books are all compiled into one large book making travel easier, plus two of these books won the coveted Newbery award).  Happy Traveling!