Alphabet Books for All Ages 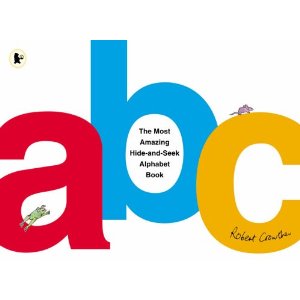 The Most Amazing Hide-and-Seek Alphabet Book, by paper engineer extraordinaire, Robert Crowther, is filled with lift-the-flaps and pull-tabs as you discover animals that begin with the sound of each letter that are hiding behind the letter. There is a rabbit that reaches, a snake that springs and a mouse that meanders. The simple enlarged black letters, set on white, make learning easy and fun!  And, don’t miss his other new book with a similar format: The Most Amazing Hide-and-Seek Numbers Book. Learning letters and numbers has never been so fun!

Wild Alphabet:  An A to Zoo Pop-Up Book, by Mike Haines and Julia Frohlich, and with text by Dan Green, is a smallish pop-up book with one letter per page along with one animal associated with that letter. The pop-ups of each animal are unique with that animal. For instance, the chinchilla runs around a treadmill when opening the page. You learn characteristics of each animal as you read through this inviting book. 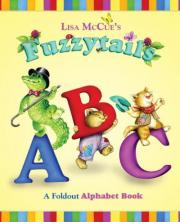 Fuzzytails ABC:  A Foldout Alphabet Book, by Lisa McCue, is an inventive alphabet book that ends up folding out in accordion style once the pages have been read. Each animal has alliteration emphasizing the sound of the letter and a rhyming pattern that makes this delightful book fun to read.

Click Clack, ABC, by Doreen Cronin, and illustrated by Betsy Lewin, is a smallish board book that takes barnyard animals on an adventure all driven by the alphabet theme. It begins with “animals awake beneath blue blankets clickety-clack” and so on as the animals scurry through their day and ending with the letter z as they “zzzzzzzzzz” sleep their night away. 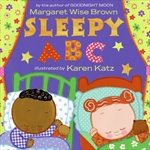 Sleepy ABC, by Margaret Wise Brown, and brightly illustrated by Karen Katz, is all about the process of getting ready for bedtime. “A is for Aaaah when a small kitten sighs”; “B is for Baaaaaa when the lambs close their eyes” begins the book. And the ending is perfect for the last eyelash to close: “Z is for Zipper. Now zip into bed.”

Goodnight Moon ABC: An Alphabet Book, is also written by Margaret Wise Brown and is illustrated by Clement Hurd. The format of this book is much like “Goodnight Moon” but follows the format of the alphabet. The pictures are bright and simple, as is the text. Each letter has one or two words describing the picture next to the letter, such as “Bb Brush Cc Clock Dd Doll”. The classic that this book is based on was first published back in 1947. Every young toddler should own a Margaret Wise Brown book. 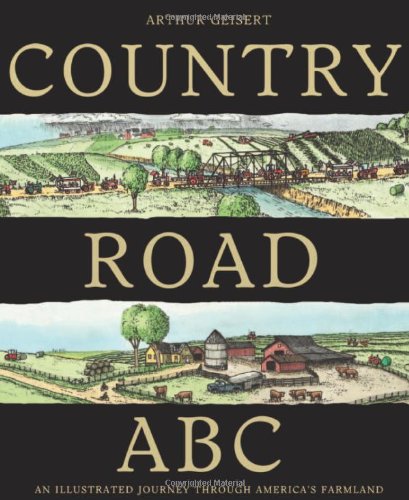 Country Road ABC:  An Illustrated Journey Through America’s Farmland, by Arthur Geisert, is a spectacular celebration of our rural landscape. The opening pages begin with a rainstorm in the city and then you travel to America’s farms and learn about the many different components of farm life using the alphabet. On the “M is for milking” page you see a farmer hooking up a detailed milking machine to a cow. And on the “T is for traffic” page you see farm vehicles, such as a spreader and a pickup truck, traveling the back roads. The subdued shades of pastels fill both pages along with a look at the area zoomed out located on the bottom and also taking up both pages. This book is rich with rural life!

Baseball From A to Z, by Michael P. Spradlin, and illustrated by Macky Pamintuan, will take you through the throngs of the sport from beginning to end. The muscular players have a characterization of exaggeration making each page, which pretty much features a letter, fun and funny. It begins with the pitcher winding up for the throw, and the text reads “A ace The best pitcher on each team is the ace of the pitching staff.” You can see some of the crowd in the background holding up letter “A” signs. This clever alphabet book will put you in the spirit of the game! 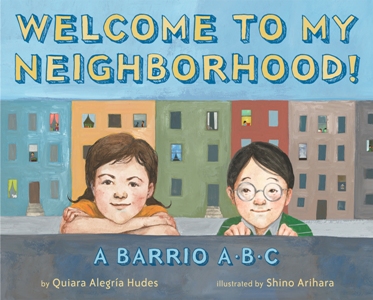 Welcome to my Neighborhood! A Barrio ABC, by Quiara Alegria Hudes, and illustrated by Shino Arihara, follows a little girl, Ava, as she takes her friend through her part of a large city. Utilizing the alphabet, Ava describes features that may be unfamiliar to children not living in a large city. “E is for the echo of the elevated train” and “Z street’s loud with zooming cars.” There’s much more to learn here than just letters.