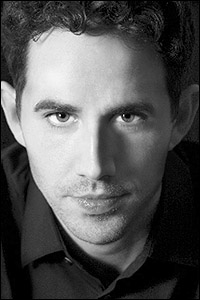 The artist who brought magic to life as Prince Hans in Disney’s blockbuster film Frozen will headline this summer’s Mormon Tabernacle Choir and Orchestra at Temple Square’s Pioneer Day concerts. Santino Fontana joins the Choir in two gala performances entitled “A Summer Celebration of Song,” which will be held on July 18 and 19 at 8:00 p.m. in the Conference Center. The concerts will be conducted by Mack Wilberg, music director of the Choir, and Ryan Murphy, associate music director. For full concert details, go to this special page on the Choir’s website: motab.org/pioneerday.

This isn’t the first time Fontana has turned in a princely performance. He was nominated for the Tony Award as best leading actor for his role as Prince Topher in Rodgers and Hammerstein’s Cinderella. He also received the 2010 Drama Desk Award for his role in Brighton Beach Memoirs and received accolades for originating the role of Tony in the Broadway production of Billy Elliot.

“We are delighted to have Santino Fontana join us for this year’s concerts,” said Mormon Tabernacle Choir president Ron Jarrett. “His musical talents will delight audiences of all ages whether he is singing Broadway favorites or beloved classical numbers.”

The summer concerts are held in conjunction with community-wide Pioneer Day celebrations to celebrate the arrival of Mormon pioneers to Salt Lake City in the summer of 1847. Jarrett said, “The Choir will capture the courage of these early settlers by singing pioneer hymns as they unite listeners in harmonious appreciation for such sacrifice.”

Free tickets are available on a first come, first-served basis beginning Tuesday, June 17, at lds.org/events, by calling 801-570-0080 or at the Conference Center ticket office. Concert policy limits tickets to those ages eight or older. Standby seating will be available each evening, with the line forming at the north gate on Temple Square at 6:00 p.m. To make the concert available to audiences around the world, the concert will be streamed live on Saturday, July 19, at 8:00 p.m. at motab.org/pioneerday.