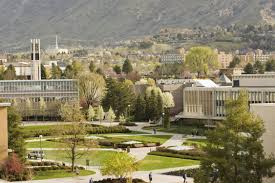 BYU’s MBA program is ranked No. 27 in the 2015 edition of U.S. News’ Best Graduate Schools, while the J. Reuben Clark Law School comes in at No. 36 among top law schools.

Both schools moved up in the rankings, with the MBA program jumping three spots from last year and the law school jumping a remarkable eight spots.

“We are honored to be ranked among the top business schools in the world,” said Lee Perry, dean of the Marriott School of Management. “This recognition is particularly gratifying to those of us who work and study at the Marriott School, but it is also a tribute to the support we receive from alumni, advisors, and donors.”

Graduates from BYU’s MBA program enjoy one of the highest placement rates among MBA grads nationwide, with 95 percent of graduates employed at three months. Last year, MBA grads had an average starting salary (and bonus) of $110,000, landing jobs at Adobe, Proctor & Gamble, ExxonMobil, and Amazon, among dozens of other major companies.

Meanwhile, more than 93 percent of BYU Law grads from the last three graduating classes are employed, with the majority of those jobs being in law firms, business positions or judicial clerkships. In fact, the number of BYU grads landing prestigious clerkships is on the rise. One example is recent graduate Robert Standar, who will clerk for Justice Clarence Thomas of the U.S. Supreme Court this fall.

“Students have always been the crown jewel of the Law School, and the current students have carried on that tradition,” said Law School dean James Rasband. While grateful for the recognition, Rasband noted, “U.S. News alone does not capture all that we are striving to accomplish at BYU Law School. No ranking can do that.”