Celebrate Independence with Books about Our History | Meridian Magazine

Celebrate Independence with Books about Our History

The Fourth of July is right around the corner and so are family picnics and parades. So why not add great picture books to your family activities? These books are good for different ages as indicated at the end of each book, except for the last five books which are picture books good for all ages. 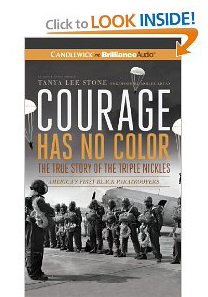 Courage Has No Color: The True Story of the Triple Nickles (America’s First Black Paratroopers), by Tanya Lee Stone, tells through archive photos and intensely researched history about African American men who initially were serving during World War II as servants. But one black man, Sergeant Walter Morris, was about to change all of that at the paratrooper school. He could see his men becoming discouraged and disengaged when all they really wanted was to help fight for their country. He began training them as if they were going to be paratroopers. Even though they were only supposed to guard the post while the “white” paratrooper trainees slept, they trained hard and long and eventually caught the attention of the General. The writing is invigorating, enlightening and keeps the attention of readers ages 10 through adult, and it’s obvious there was much research that went into this excellent book.

World War II (Scholastic Discover More Series), by Sean Callery, has a reference book layout that explains the lead-up to the war and how Europe was deeply impacted, as well as the war in the Pacific. There is also a section about the war in Africa and the Middle East. The last part of this exceptional book discusses the many aspects of the ending of the war including the fall of Berlin and Hiroshima. This book is good for ages 10 through adult. 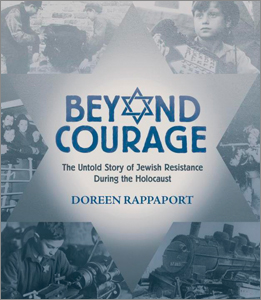 Beyond Courage: The Untold Story of Jewish Resistance During the Holocaust, by Doreen Rappaport, is an extraordinary account of different people who demonstrated much courage to help save others during World War II when Hitler was attempting to wipe these people off the face of the earth. I include this fascinating book, filled with personal stories, because America looked on as these devastations were taking place and all the while trying to win the war to free the world of such depravity. There are photos and maps found throughout the book along with a very informative timeline and pronunciation guide found at the back. Because of the sensitive subject matter of the severity of Jewish treatment, this book is good only for mature teens through adult.

The California Gold Rush (Cornerstones of Freedom series), by Peter Benoit, is an excellent book (as is the entire history series) that brings this period of American history to life for ages 9 and older. The discovery of gold on the west coast created a surge and shift in America’s population. The terrific and colorful illustrations, recreating the mid 1800’s, along with photos and interesting information will have kids ages 8 through 12 engaged to the very end.

By the Great Horn Spoon!, by Sid Fleischman, is a terrific historical fiction book that is set during the California Gold Rush. Even though this book was first published back in 1988, it remains pertinent, funny and delightful today. Jack’s dear aunt has to sell her mansion to pay her bills so Jack sets out with the butler to make it rich in California. He sets sail and the adventure begins. The way this story is written will definitely bring about an understanding of life back then and it would be a great read-aloud. This book is good for all ages. 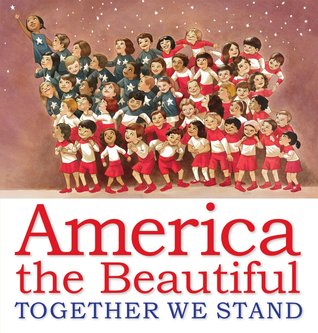 America the Beautiful Together We Stand, by Katharine Lee Bates, and illustrated by many out-standing illustrators which includes Jon J. Muth and Mary Grandpre, combines the well-known lyrics of “America the Beautiful” with famous quotes from some of our great presidents. One of my favorite quotes comes from President Reagan: “Our most precious resources, our greatest hope for the future, are the minds and hearts of our people, especially our children.” This quote is paired with the line “. . . for purple mountain majesties. . .” and is illustrated by Raul Colon.

Knit Your Bit: A World War I Story, by Deborah Hopkinson, and painted with pen, ink and watercolors by Steven Guarnaccia, is based on an actual event that spread across the country to help serve soldiers fighting during World War I. One family had their father fighting in Europe and Mikey wanted to do something important to help. His school teacher suggested they knit clothing. The boys felt knitting was for girls until the teacher made a competition out of it. 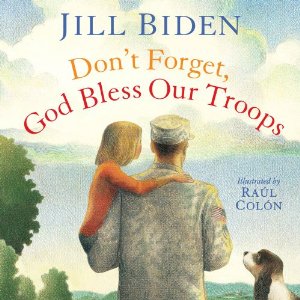 Don’t Forget, God Bless Our Troops, by Jill Biden, and painted with pencil and watercolor by Raul Colon, was written by the author due to her own granddaughter, Natalie, dealing with having her father being deployed. She and her Nana bake goodies to send to her dad and other service people. But the greatest reward is when he safely returns.

Miss Moore Thought Otherwise, by Jan Pinborough, and illustrated with acrylic by Debby Atwell, showcases how libraries used to allow only adults to check out books back in the early 1900’s. Not only were kids not allowed to check out books; they weren’t even allowed inside the library. But Miss Moore thought otherwise and this book shows how she changed all of this and allowed kids to enjoy touching and reading books.

Crankee Doodle, by Tom Angleberger, and illustrated with great humor by Cece Bell, is a hilarious book that discusses how and why Yankee Doodle would ride to town with a feather in his hat and call it macaroni! All this crazy clothing and noodles made Mr. Doodle upset and just a little cranky. But be sure to read the historical note at the back of the book which actually helps make sense of this funny nonsensical song.