It’s a continual problem to find books for kids that are so good that it keeps them reading clear to the end. Here are more outstanding books for ages nine and older that will likely keep them reading deep into the night! Only the last book is better suited for ages seven to ten. This concludes my outstanding fiction series that includes several types of genre. 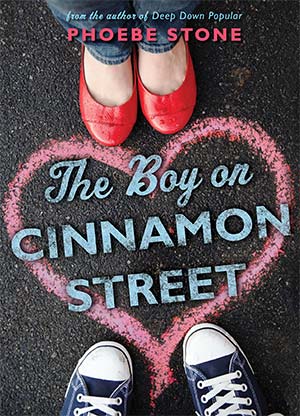 The Boy on Cinnamon Street, by Phoebe Stone, is a powerful story about a girl who lives with her grandparents and doesn’t want to do much with her dad, who lives in another town with a new family. The story is told through the eyes of 7th grader Louise and consequently you don’t learn what happened to her mom and why she doesn’t want to spend time with her dad until the end of the story. She has repressed the events that have led her to live with her grandparents. But there’s a sweet and supportive element that runs throughout the entire story. And without giving too much away, Louise discovers something she has had all of the time while dealing with these circumstances. Be sure to read the interesting author’s note at the back to better understand where she came up with this plot.

Janitors: Secrets of New Forest Academy, by Tyler Whitesides, has the same protagonists fighting against the BEM (Bureau of Educational Maintenance) as they attempt to save schools. When Spencer is sent to the New Forest Academy, he believes that at least he’ll be safe there. But what he discovers will have you turning pages clear to the end! Hopefully there’s another book planned in this exciting series. 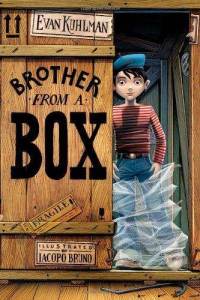 Brother From a Box, by Evan Kuhlman, has all of the elements that entice readers: science fiction, mystery and humor. When Matt opens the newly delivered box, he finds that his computer-genius dad must have sent for this unusual new family member: a robot, whose name is Norman! Matt always wanted a brother, but a robot was not what he had in mind. But when Norman begins acting weird, along with unusual people trying to steal him, Matt’s life turns upside down! Also, there are wonderful pen and ink illustrations found sprinkled throughout by Iocopo Bruno.

Katerina’s Wish, by Jeannie Mobley, is historical fiction at its best. It’s 1900 and Katerina’s family just moved to Colorado from Bohemia where they hope to find a new life. But Papa finds work deep in the coal mines and times are tough. Katerina discovers a way out but it means hard work for her too. There is also a magical folklore element woven throughout the book that beacons back to Bohemia. 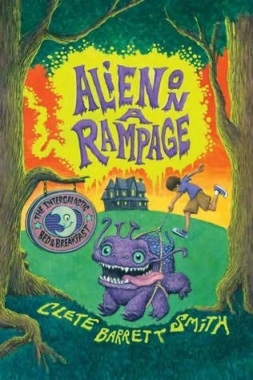 Alien On A Rampage, by Clete Barrett Smith, is the second book in the series. The first book is “Aliens on Vacation”. I reviewed the first book and loved it and this second book didn’t disappoint either. You do not need to read the first to enjoy this book. David is going to spend another summer at his grandmother’s Intergalactic Bed & Breakfast (which hosts aliens from all over). David is suspicious of Grandma’s newly hired repairman. So he spies on him and discovers something that will get you turning pages faster than ever! The sparse pictures throughout add greatly to this imaginative story.

Liar & Spy, by Newbery award winner Rebecca Stead, is full of twists and mystery. Georges has just moved into a Brooklyn apartment building where he meets another boy, Safer. Safer recruits him into his small spy club where Georges must spy on a mysterious neighbor upstairs. As the story unfolds, you’ll begin to wonder who are the good guys and who are the bad. This could be another winner!

Secrets of Shakespeare’s Grave, by Deron R. Hicks, is another possible winner! The story has Colophon and her brother heading to England to search for a family treasure which could link them to solving the age-old mystery: who really wrote the plays of Shakespeare. This story might take a few chapters to get into, but it is well worth it! It’s well written and is filled with mystery, secret passages, decoding and antique mausoleums. Each chapter heading is a phrase from one of Shakespeare’s plays or sonnets. And these chapters also begin with pencil and ink illustrations by Mark Edward Geyer. 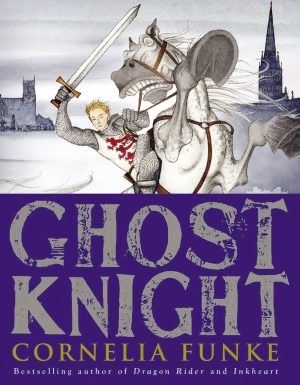 Ghost Knight, by the renowned Cornelia Funke, has eleven-year-old Jon going to a new boarding school where he is confronted by a bunch of wrathful ghosts. But with the help of his new friend, Ella, he comes up with a way to deal with all these super-villainous spirits by calling on the ghost of a deceased knight.

About Average, by another very successful author, Andrew Clements, is a quick read with only 122 pages but packed with a message every tween should read. Jordon feels so average. She feels like she can’t do anything above and beyond what will make her stand out. Until one day, something happens, and calls on every fiber within her to overcome what she is about to face. 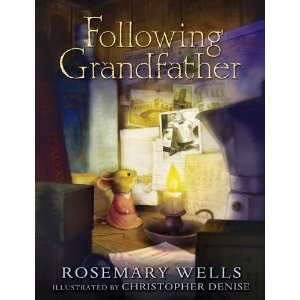 Following Grandfather, by Rosemary Wells, and beautifully illustrated throughout by Christopher Denise, is a perfect book to help children ages seven and up with grieving. Jenny is a small mouse who adores her grandfather. He has taught her many small details with life and then one day he’s gone. How the author wonderfully handles this delicate subject is beautifully written in this thin, quick read. There are only 58 pages with a picture on almost every page.