What Would Satan Do? | Meridian Magazine

What Would Satan Do? 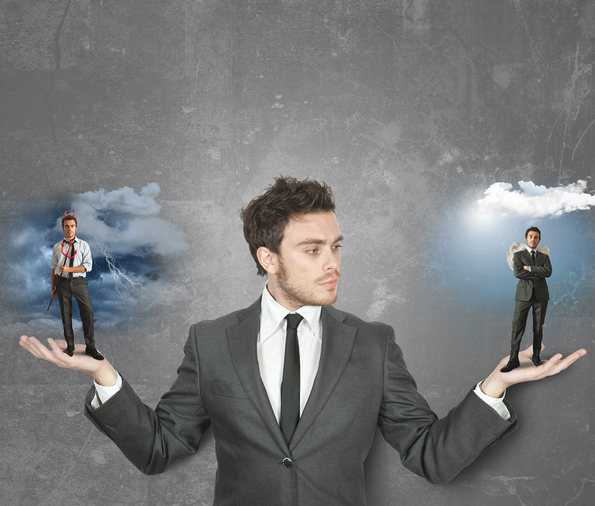 Long before the popular WWJD bracelets were around, we moms were asking our children, “What would Jesus Do?” to help them make wise choices. And this timeless question is a good one to pose anytime we come up against a tough decision.

But another question that often gets overlooked is what the adversary would do. Satan has done an excellent job of convincing society that he doesn’t exist. He has a cloak of invisibility better than Harry Potter’s, and he tells intellectuals to scoff at the idea of a bright red devil with horns and hooves. And, of course, the Halloween version of him is indeed a grossly inaccurate picture.

What’s not a joke, however, is the reality of Satan, and his evil schemes to destroy mankind. If he can get us to discard him as a myth, or to see him as powerless and irrelevant in today’s world, he has us exactly where he wants us: With our guard down.

We don’t spend a lot of time talking about him, but perhaps we should. In an effort not to frighten young children or give them nightmares, many of us have avoided the subject of an evil being whose sole objective is your destruction. But if we neglect to prepare our children for his deceptions and traps, we set them up as unwitting targets, sending them into battle unarmed.

One of the purposes of the Book of Mormon is to teach us how to recognize our enemy and defeat him. Example after example shows the perils of listening to his lies, and turning from Christ. An interesting project, in fact, would be to read the entire Book of Mormon with the objective of looking for ways to identify and to avoid Satan’s snares.

By telling our children about the adversary’s techniques, we empower them and give them a greater chance of victory over sin. It doesn’t have to be a life-scarring image we conjur up, just a realistic one. Here was one of God’s children with immense potential, the ultimate example of a person who used his talents for exactly the wrong cause. Charismatic and convincing, he led huge numbers astray-and is still doing it. Kids, and many adults, have a hard time imagining someone without a kind impulse in their entire being, but Satan lacks any shred of compassion, regret, or trustworthiness, and if understanding this is chilling, so be it.

Then, along with the grave reality of his evil intentions, we need to bolster faith and remind children than he can never overpower you or take control of your life, unless you invite him to do so. God is and will always be stronger than the devil, and a testimony of Christ will always help righteousness to triumph over wrong. We need not fear that a powerful being from the underworld will somehow kidnap us and brainwash us against our will. Every child, every adult, needs to know that this is a battle we each can win. And we have God’s help to do so.

Next, we all need to recognize Satan’s craftiness and subtlety, and see his hand in the world around us. We need to know that he will mix in small bits of wickedness with good, hoping to blur the distinction and lure us along his path. Movies with “just one bad scene,” music with “just one bad word,” all pave the way for two scenes, two words, and entire messages that go counter to the teachings of Christ. Satan only needs you to put one foot on a slippery slope.

He’s also content to create the illusion that all is well in Zion, and keep us busy with apparently good pursuits at the expense of better ones. He teaches us to settle for worldly acclaim instead of striving to please God. He has us running through our busy days without stopping to pray or read scriptures, convincing us that we’re basically good people, so what’s the difference if we miss now and then?

He’s a big proponent of procrastination, too. Putting off baptism, postponing efforts to be endowed, and then finding excuses not to go to the temple are all tools in his arsenal. If he can keep families from being sealed together for eternity, he has achieved his grandest hopes.

And he loves to remind us, when we trip and fall, that we are now worthless and any effort to repent is a hopeless waste of time. He loves to plunge us into self-pity and despair, to compare ourselves unfavorably with others, and to believe God has forgotten us. His playbook is loaded with such discouraging messages and he knows exactly when to employ them.

Satan also knows each of our weak points, our Achilles’ heels. He will give us one opportunity after another to indulge in whatever tempts us most. Wearing us down is one of his favorite hobbies, and he does it extremely well.

But if we know these things about him, and we recognize his sneaky tricks, we can better cast them aside quickly before they trip us up, rather than recognize them in hindsight. Look at the world around you, and ask yourself, “What would Satan do” if he means to capture your soul?

There really isn’t a realm that has escaped his attention, you know. Let’s look at a few. If I were Satan I would design gorgeous, yet tight and revealing dresses, and convince young girls that to fit in and be “normal,” they have to wear skimpy clothing. I’d make popularity extremely important. I’d tell girls that having a boyfriend, even at a young age, is all that matters and that whatever they have to do to secure the interest of guys, is worth it. We all know what’s happening with cell phones, Facebook, and the rest. Oh-and I’d make sure today’s young girls see plenty of movies and TV shows depicting premarital sex as the norm.

I’d spread the word that venting anger is cleansing, a good thing to do. I’d foster the idea that some of us are simply hot blooded and hot tempered, and that it’s okay to explode, even to abuse those around us. It’s honest, right? After all, you can always apologize. And then the onus is on the other person to forgive.

I’d promote the concept that everybody’s getting dumped on by those in power-our bosses, our elected officials-they’re all a bunch of greedy pigs. Thus, slacking off at work, stealing from the company, even breaking a few laws now and then, are all justified actions to try to even the scales after years of unfairness. I’d tell people they’re entitled to more benefits, and that they shouldn’t have to earn their way in life-somebody else should step up and take care of them.

I’d conjure up the image of religious folks as country bumpkins who just aren’t educated. I’d urge writers of all kinds to depict these ninnies as the old-fashioned fools they are-in television episodes, motion pictures, books, anyway I could.  I’d make them look unsophisticated and ridiculous, clinging to silly traditions and not thinking straight. I’d teach the world that attending church is a waste of valuable time that could be better spent pursuing recreation or working. And I’d make them militant in resisting the religious observances of others.

Can you see the influence he’s exerting in our world? You could write a book about it. (Well, C.S. Lewis did-The Screwtape Letters.) It isn’t hard to peg the baby steps he gets people to take, right into his web of deceit. And you can find examples in the Book of Mormon that sound as if you’re reading today’s headlines.

Satan is alive, well, and winning lots of battles. We know he won’t win the ultimate war, but why let him score any victories at all? And why be a casualty on the battlefield? Next time you face a decision and you think to yourself, “What would Jesus do?” take a moment to ask what the adversary would do, as well. I think you’ll see his designs in trying to make the wrong choice as appealing as possible. You’ll definitely double your clarity.

Her latest novel, JUNGLE, has been called “the next Twilight” and is a mainstream contemporary romance available on Kindle at amazon.com/author/jonihilton just in time for Christmas!

Hilton has written 20 books, three award-winning plays, and is a frequent public speaker and a former TV talk show host. She is also the author of the “As the Ward Turns” series, “The Ten-Cow Wives’ Club,” and “The Power of Prayer.” Hilton is a frequent writer for “Music &The Spoken Word,” many national magazines, and can be reached at her website, jonihilton.com. She is married to TV personality Bob Hilton, is the mother of four, and currently serves as Relief Society President in her ward in northern California.