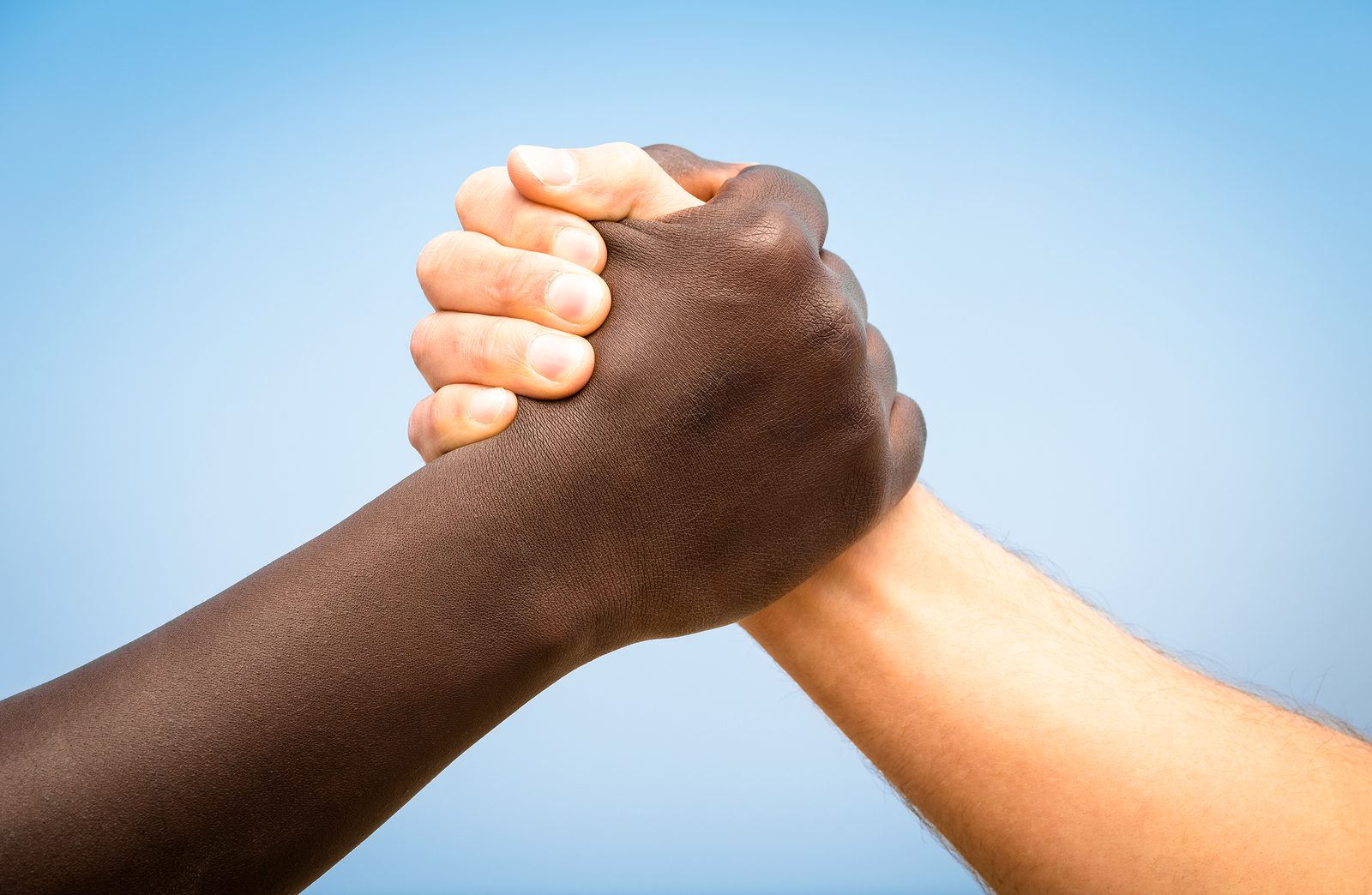 Are You a Racist? Not so fast…

Boys flying kites
Haul in their white winged birds,
But you can’t do that when you’re flying words.
Thoughts, sometimes unexpressed
Often lie back dead,
But even God can’t kill them once they’re said.

Our society is having a tough time with races and racism. It can’t decide what racism even is. In some people’s mind racism doesn’t exist. In others, racism is everywhere. But when you start flying words like racist or misogynist it would help if we could all agree on what those mean – because most of us think they are negative words and something we ought not to be.

For starters, let’s get rid of word usage that is flat out incorrect. Here are some corrections:

Referring to someone negatively as “a Mexican” is NOT racist. Its bigoted, but, Mexico is a COUNTRY, not a race. Mexico is comprised of many races including numerous Native American tribes, people of Spanish (Hispanic) and Anglo-Saxon descent. So being against Mexicans is NOT racism.

Making sweeping generalizations about Muslims or followers of Islam is NOT racism either. Islam is a religion, not a race. Many races make up the followers of Mohammed. It is religious bigotry… maybe, depending upon what is said. Making a broad generalization like “Islam is a religion of peace” won’t get you labeled a bigot. Some might say you’re naïve, but that’s discussion for Dan Peterson to guide.

Calling a woman a derogatory name, like fat slob, is offensive, but it’s no more a misogynistic-type statement than calling a man a fat slob. Rude and mean, yes. And, just because you’re rude and mean to that one person doesn’t mean you consider ALL women or ALL men in some mean or incorrect way. The specific is not the general. When Donald Trump called Rosie O’Donnell names, his daughter Ivanka pointed out he was just as rude to some men. She’s right. The specific is not the general.

So how do we correctly define racism (and by extension, misogyny). Good luck because all words have denotative and connotative definitions. Denotative is best defined as the dictionary definition. Connotative is how people currently perceive the word’s meaning. These two classifications don’t take into consideration historical or etymological standards or usage. Languages are very fluid and flexible.

Check out the simple word “manufacture.” Today most people would think of a factory where machines or robots make something when they hear manufacture. My Google dictionary says manufacture means, “the making of articles on a large scale using machinery.” Yet the historical or etymology usage is quite different. Break the word down. “Manu” comes from manual, and “facture” from the verb of to make. Handmade= manufacture way back when.

Given that we can’t seem to agree on much of anything, let me offer my definition of racism.

I consider racism as using race to predict future behavior. Same for misogyny.

When you see someone with a skin color or facial or bodily features similar to a race you know and draw conclusions about what that person will do, that’s racism in my book. If you are looking at Jim or Karen and you see their darker skin, and you grab your wallet because you’ve been preconditioned to believe that folks with that skin are more criminally prone or that you think that race hates your race and he or she might be out to harm you, that’s using race to predict future behavior.

Or, you see someone with a lighter skin and walk the other way because you’ve been preconditioned to believe that folks with that skin are more judgmental and hates your race and he or she might be out to persecute you. Again, you’re using race to predict future behavior.

We are preconditioned for such reactions. You aren’t born with any notions about race. As Oscar Hammerstein wrote and Lt. Cable sang in South Pacific (a film way ahead of its time in discussing racism):

Of course it isn’t just about negative stereotypes. We can be just as racist with positive stereotypes. It’s harmful because you lose your intellectual honesty and ability to make correct judgements about a person.

Stereotypes abound. Here are a few:

Whites make better leaders. Look at how most leaders are white.
Asians are smarter. Look at how they all do better on their ACTs.
Italians are lovers. It’s cultural.
Indians are naturally better spellers of English because they win all of the spelling bees.
Jews are great with money. Always have been.
Canadians are all great hockey players or comics.

When I taught free market principles to the Soviets, they stubbornly insisted Communism was a Russian thing. A part of their nature, even Rodina. I would ask, “If a Soviet Russian baby was born in Saudi Arabia to Saudi parents, would he turn out more like a Soviet or a Saudi?” They had to agree…reluctantly. I jokingly told them if he turned out to be a Saudi Soviet Communist, in five years they’d have a sand shortage in Arabia.

If you don’t think you predict future behavior based upon race or gender, what’s your answer to this situation:

You go to a gym with a friend to pick teams for your city league. Ten guys are there. All 17 years old, 6’3” and weigh about 180 pounds. They all have about the same body fat or BMI. You get first choice for your five. Which five do you pick? Whoops, I forgot to add that five are of Anglo descent and five are of African descent.

If you chose the five black kids, why? Oh, I’m told, it’s because Africans have better muscle twitch and just look at the NBA. It has nearly all black players. We’re told BYU would have a better basketball team and defensive backfield in football if they had more “athletes” which is code for more players of African descent.

And you wonder why there’s racism. Because everything stated above is ALL racism because, without seeing a single kid play, you’ve predicted their behavior. You’ve used race to predict an individual person’s behavior. The same can be said about a person’s gender being a predictor of behavior.

That’s akin to a police officer seeing a black teenager in a BMW driving through Bel Air, CA and pulling him over on suspicion of grand theft auto just because he’s a black teen in an expensive car in a white neighborhood. Never mind that the kid was Will Smith, the famous actor in his first season as the Fresh Prince of Bel Air. Whoops.

Yes, racial profiling does have its place, but I’m not smart enough to figure out exactly how and in so many different ways it might actually apply. I’m not in law enforcement so I can’t say much more.

Two personal stories to illustrate this great problem and how common it is. We lived in Utah Valley for a few years and our children attended Orem schools. We decided to move to the east coast in 1983. Our carefree six-year-old Natalie, as sweet a child as can be, was so excited to move and have an adventure. When we announced we were moving to Washington, D.C., she clammed up, eyes widen and she shook with terror. We asked her what was wrong. She quietly said she didn’t want to move there, that she was scared. We pressed her for her reasons and she finally blurted out, “there are black people there and they might kill me.”

We were horrified and immediately wanted to know what we had done in our home to give her that notion and to predict a person’s behavior based upon race. As we explored this with her and her two older sisters, we could find nothing overt that we’d done other than live in an area that had few people of African descent. But we did discover where she got such notions: television and movies, including the nightly news. When I read this article to her she said she still remembers the TV shows where all the villains were black people.

We did move, and she did meet people of many skin tones there and elsewhere. Later, she served a mission in Jamaica, Queens, New York where most of the people she worked with were from Africa and the Caribbean. She loved them. They adored her – converts and neighbors alike.

Second story. I was asked to coach a bunch of 12 year olds in basketball. The kids won the championship and some decided they wanted more chances to play. So we enrolled in the Utah Jazz’s 3 on 3 tournament at the Salt Palace. The four boys did great. But after the quarterfinal game they hung their heads. I was thrilled with how they’d done so wanted to know what their problem was now.

“Our tournament is going to be over after the next game,” they said. Why? “Because the team we play has a black guy.” I stood them up tall and told them that was nonsense. I told them to go after him hard, like anyone else, and play their game. It took some mighty tough discussions to overcome their innocent teenage racism.

Prejudice, when broken down in parts, means to Pre-judge. I managed to knock some sense in their heads and they went out and beat the other team – on the court where things are based upon actual performance unlike the political world.

My bottom line: predicting a person’s behavior based upon race is extremely inaccurate and potentially harmful, even if you’re predicting good things. Besides, Latter-Day Saints should look at everyone with just one preconceived notion – that this person is our brother or sister and a fellow child of God. Beyond that we need to get to know the person before coming to conclusions.

At least that’s how I see it.

I find this an excellent article. I grew up in an LDS church with all caucasian members until a young lady from the South Pacific showed up as a student, nurse or doctor, I can no longer recall. It stayed that way with the addition of a Filipino until after the priesthood was granted to all worthy men. The very next Saturday, one of the workers in the Temple was definitely a very dark skinned Elder. Fast forward 15 years and the ward held an ethnic pot luck dinner. at least 21 different cultures were represented. Food came in the form of a roasted suckling pig from the Filipino, a cook by occupation to a very odiferous fish from one of the African nations, This group was one of the friendliest wards I have had the privilege of attending. I would love to be able to say racism never showed up in our wards or stakes, but wish to keep in good stead with the Lord and will not tell that lie. The economic makeup of this unit ranged from medical specialists, students, engineers, and janitors. No one took offence at anyone of these members sitting next to them.

To Dave Hall: I agree with you. I thought the same thing myself. To Ian Gray: "always wildly incorrect" - generalize much? Profiling works most of the time. No, it's not 100%, but it has saved/is saving lives.