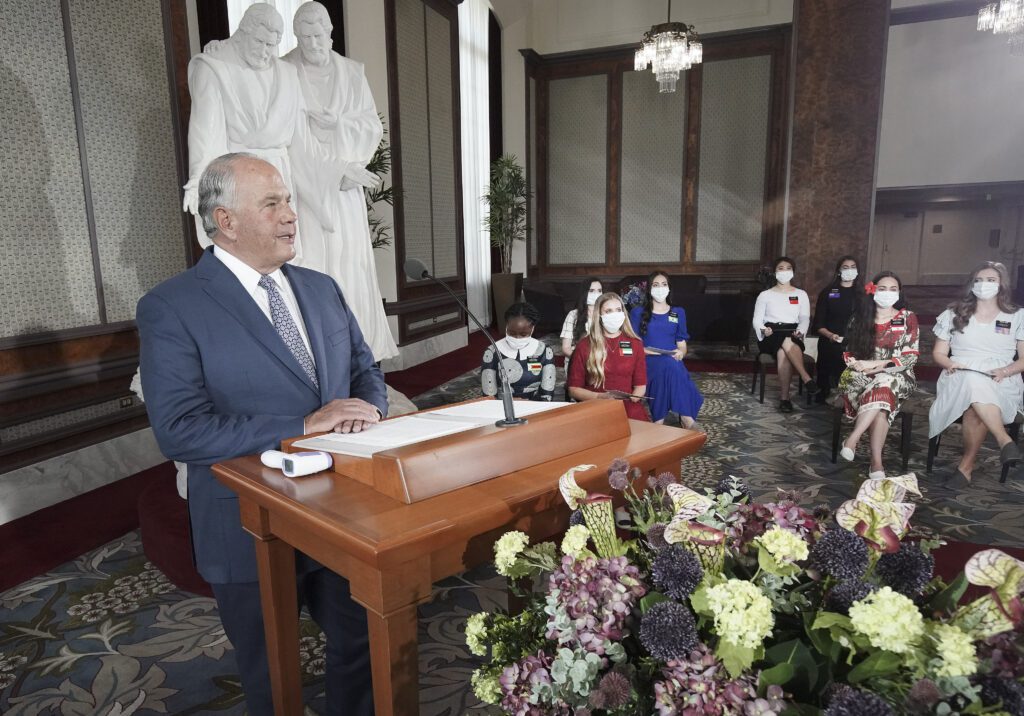 The bicentennial proclamation President Russell M. Nelson announced in the April general conference “came by revelation” and “is the mind and will of the Lord,” said Elder Ronald A. Rasband in a devotional for missionaries around the world.

“We are so blessed by the truths elaborated in this bicentennial proclamation to the world,” he told missionaries. “Know it, use it, study it, pray about it, find with it, teach it, bear testimony of it and make it a part of your very lives.”

Elder Rasband invited eight sister missionaries in the audience from the Salt Lake City Temple Square Mission to read aloud the proclamation, paragraph by paragraph, as he emphasized some of the many key truths.