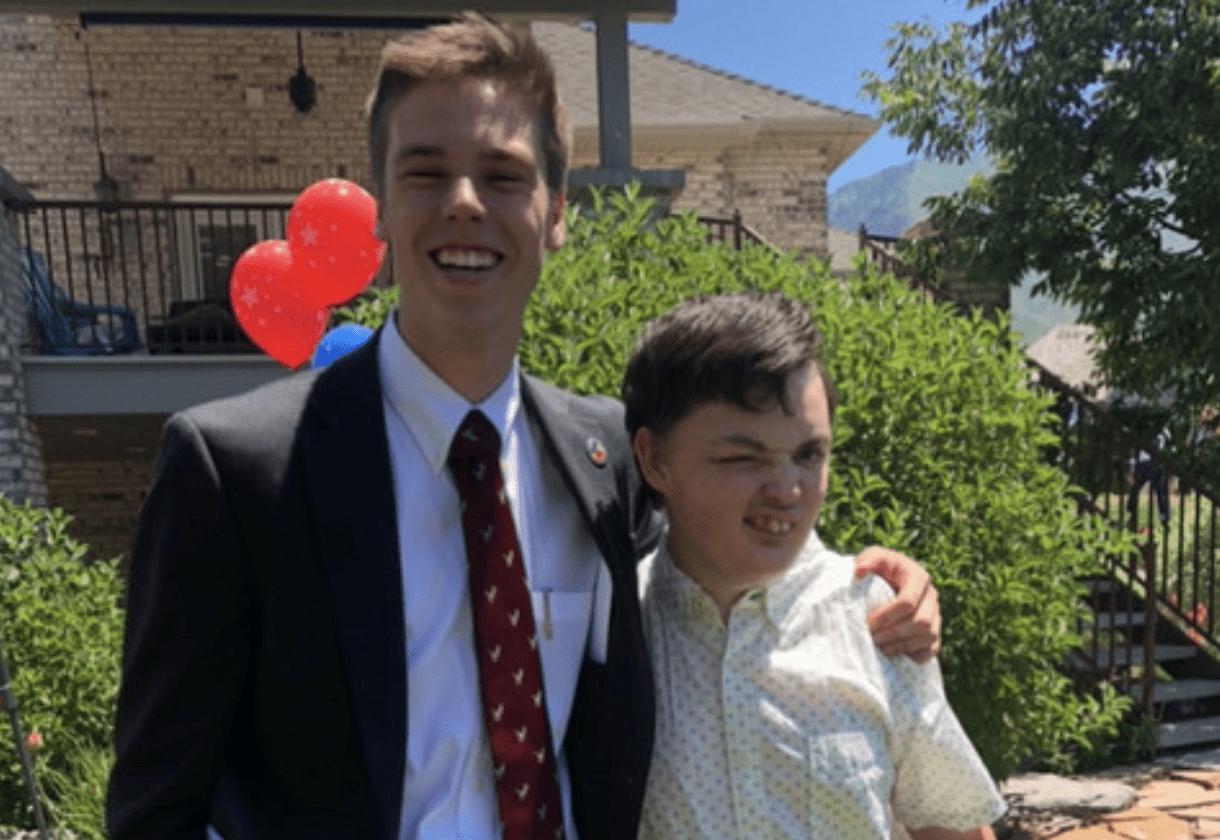 The following is excerpted from KSL. To read the full article, CLICK HERE.

Caleb and Cory met during junior high school. Caleb was a peer tutor and Cory was a student with autism in the class. According to Cory’s father, Sean Derfler, Cory immediately took a liking to Caleb.

“Cory loved Caleb,” Sean Derfler said. “He liked him so much that when Cory would get out of control, the teachers would call Caleb out of whatever class he was in to come and calm Cory down.”

The friendship continued through high school, and when Caleb went on a mission for The Church of Jesus Christ Latter-day Saints his thoughts weren’t far from his friend. In fact, according to Caleb’s mother, Sheri Johnson, while on his mission Caleb asked to be connected with Cory so he could write him letters.

“While Caleb was on his mission, he sent me a note saying that Cory had been on his mind a lot lately and that he wanted me to reach out to his parents so he could write Cory letters,” said Sheri Johnson, Caleb Johnson’s mother.

With the help of Cory’s parents, Caleb was able to exchange notes with his friend throughout his mission. Not long after returning home, a unique opportunity presented itself that would allow the two to continue their friendship.

“We were given some state funding to hire someone to come to our home on a daily basis to help with Cory,” Sean Derfler explained. “I offered the position to Caleb, and for the next year he spent time with Cory every day. Unlike some caregivers, Caleb didn’t just watch Cory or put him in front of a TV all day. Caleb would take him for daily walks where they would pretend like they were being chased by werewolves. He’d spend hours playing with Barbies and Littlest Pet Shop toys. Caleb was Cory’s best friend.”

While at Cory’s home, Caleb became aware of something that was affecting his friend deeply: Cory’s mother who was becoming gravely ill. Sheri Johnson recalled many times when Caleb would come home and tell her husband about how bad he felt and how much he wished he could help the family.

Just days before the fatal accident, Caleb had a conversation with his dad that Sheri Johnson said would plant a seed for future events.