What Is Your Role in the Future of the United States? | Meridian Magazine 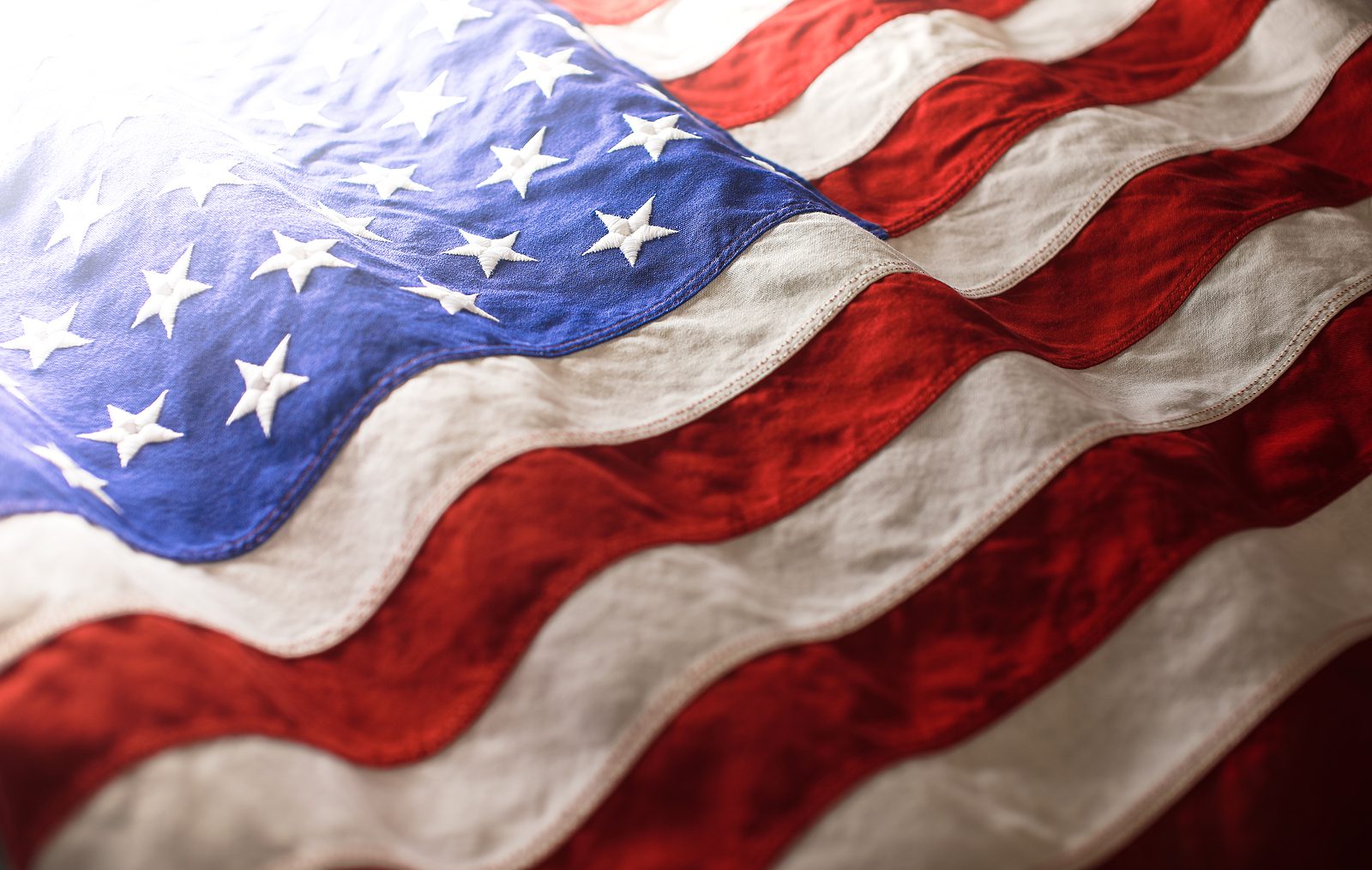 What Is Your Role in the Future of the United States?

It’s July, the time to celebrate the birthday of the United States of America—July 4, 1776 to July 4, 2021—two hundred and forty-five years! Congratulations to US! July Fourth is a day of parades, fireworks, family picnics, and conversations about the Declaration of Independence, the Constitution, the flag and “the Republic for which it stands,” and the patriots who secured and are securing our freedoms and liberties.

The words freedom and liberty may be used as synonyms, but freedom, to me, means being free from oppressive rule, and liberty is the way responsible people use their freedom. The truest truth about freedom and liberty is they are not free; they are bought with sacrifice and need to be maintained with vigilance and accountability. President Ronald Reagan affirmed this on January 5, 1967: “Freedom is a fragile thing and it’s never more than one generation away from extinction. It is not ours by way of inheritance; it must be fought for and defended constantly by each generation, for it comes only once to a people.”

I understand this to mean that we the people of this generation have two responsibilities:

1. To protect and defend the United States and

2. To prepare the rising generation to protect and defend the United States.

Freedom, specifically, religious freedom is a rare commodity in the world. A 2018 Pew Research Center study gave this alarming statistic: “84% of the world’s population identifies with religion, [but] 87% of the world’s population live in countries with very high restrictions on religious freedom” (www.pewresearch.org/fact-tank/2020/11/10/government-restrictions-on-religion-around-the-world-reached-new-record-in-2018/). Freedom is a fragile thing and patriotism is vital to keeping the free free.

Patriotism brings citizens together in a common cause and builds stronger, more cohesive communities that unite a nation. I hope you have memories that ignite patriotic feelings and that red, white, and blue runs deep in your veins. But if it doesn’t, please consider working towards becoming more patriotic as a civic duty and worthy goal to help ensure for ourselves and our children “life, liberty and the pursuit of happiness.”

I was born in the Army hospital on Governors Island in the shadow of the Statue of Liberty. Just a few months later my father was deployed to the Philippine Islands. After the war, he stayed in the Army Reserves until he retired. As a child, I loved to see him in uniform as he went to camp every summer. I remember him thanking Heavenly Father in family prayers for the privilege of being citizens of this free country. When he was more than eighty, I took some of my out-of-state grandchildren to visit my parents. A grandson asked my father if he still had his Army uniform. He left the room and returned decked out in his metal-laden uniform, including his hat and dress shoes. It was an electric moment to see him proudly wearing the uniform of the United States of America.

A lack of basic United States historical literacy caught media attention recently when the contestants on Jeopardy, the game show in its thirty-seventh season, could not identify a quotation from a famous United States document. To say the obvious, Jeopardy contestants are smart people, but none of the three contestants could answer: “Government of the people, by the people, for the people is from the end of this brief but powerful speech?” I wonder if they knew the beginning of the speech: “Four score and seven years ago our fathers brought forth on this continent a new nation, conceived in liberty, and dedicated to the proposition that all men are created equal.”

I memorized the Gettysburg Address in seventh grade. When I was in college, the final exam in a grammar class was to diagram President Lincoln’s speech. I know about the train ride Abraham Lincoln took to Gettysburg. I know Gettysburg is in Pennsylvania; I know Gettysburg was the bloodiest battle of the Civil War in which 23,000 Union and 28,000 Confederate soldiers lost their lives. I know Edward Everett, a popular orator, spoke two hours before President Lincoln spoke his now famous 272 words. I know Gettysburg was a turning point for the North because General Robert E. Lee, the Confederate general, lost one-third of his army. I know the year was 1863. I know these facts because I was taught them in the classroom, at home, and felt them while walking on this hallowed ground.

On Memorial Day a few years ago, I was walking around the Statue of Liberty when these words came over the loudspeaker: “Today, on this Memorial Day, we honor those men and women who have died to protect our liberties and freedoms. We celebrate those people who continue to protect us today. The National Moment of Remembrance encourages all Americans to pause wherever they are at 3 p.m. local time for a minute of silence to remember and honor those who have died in service to the nation. We, the Park Rangers and United States Park Police Officers, will observe this tradition as a small way to help put the memorial back in Memorial Day. It is now 3 p.m. We invite you to join us in a minute of silent gratitude.” When the minute was over, music of “The Star Spangled Banner” broke the stillness.

Early in July a few years ago, I was in sacrament meeting. When the closing song, “America the Beautiful” began. I was feeling unwell and got up to leave. I am blessed to live in a ward that has a lot of musical talent, and on this day, the congregation was singing with patriotic fervor. I pushed open the chapel door to see a homeless-looking man entering the foyer from outside. Immediately, two men who were seated at the back of the chapel also saw this man and followed me out of the door. The man walked toward the chapel doors, put his arm on the doorjamb and laid his head on his arm but made no attempt to go inside the chapel. The well-meaning ward members asked repeatedly how they could help him. With patience on his face, the homeless-looking man gave them eye contact and said: “Please, could it wait ‘til the music is over?”

In 1971, my husband’s employer transferred him to England where we lived for about three years. We traveled extensively to enjoy and learn about the history and culture. London was only twenty-three miles away, and we visited often. When our time in England was up, I wrote in my journal, “I know why they call Great Britain great. It is a great country.” No question, though, it is my second love. When we were in the plane getting closer and closer to the United States, specifically New York City—my birthplace, my heart started pounding out of my chest. We landed and were directed to an officer at the Port of New York. I handed him my passport. He was ready to send me through but glanced again at my passport. Looking at me warmly, he said, “Welcome, home.” My tears became sobs.

We celebrate Independence Day with feelings of pride in our homeland or our country of choice. Patriotism is a wonderful blend of knowledge, devotion, and loyalty. On January 20, 1961, the day of President John F. Kennedy’s inauguration, he proclaimed his patriotic resolve to the world: “We shall pay any price, bear any burden, meet any hardship, support any friend, oppose any foe to assure the survival and success of liberty.” The survival and success of liberty is why we celebrate Independence Day.

President Dallin H. Oaks, another patriot, spoke fervently about his sixty-year study of the Constitution. He asked: “What was God’s purpose in establishing the United States Constitution?” He answered: “We see it in the doctrine of moral agency…. God has given His children moral agency—the power to decide and to act. The most desirable condition for the exercise of that agency is maximum freedom for men and women to act according to their individual choices” (www.churchofjesuschrist.org/study/general-conference/2021/04/51oaks?lang=eng).” Agency was God’s gift to His spirit children from the beginning. “The Lord said… in the day I created [Adam and Eve] in the Garden of Eden, gave I unto [them their] agency” (Moses 7:32). In opposition, “Satan . . . sought to destroy the agency of man” (Moses 4:3). Take away agency and there is no freedom, no liberty.

We may celebrate this two hundred and forty-fifth anniversary routinely, even casually, but every Fourth of July is a landmark event, especially since the United States is old as the age of nations goes. As you probably know, there are prophets of doom out there forecasting the demise of the United States. Cal Thomas, for one, wrote a book, “America’s Expiration Date.” His thesis is that the U.S. is on a collision course, following the same pattern of gradual moral decay similar to other world empires that lasted about 250 years, and we are five years away. (You can see a graph detailing this at http://www.chestergrant.com/summary-fate-of-empires-by-sir-john-glubb.) Thomas expressed the hope that “July Fourth in 2026 is a celebration… and not a funeral.”

Other prophets of doom see global warming as the imminent cause for earth’s expiration. They believe Earth’s surface temperature is rising and causing severe earthquakes, tornados, droughts, melting ice caps, rising and acidified oceans, wildfires, and energy shortages, to name a few. NASA said: “Most of the current warming trend is extremely likely (greater than 95 percent probability) the result of human activity since the 1950s and is proceeding at an unprecedented rate over decades to millennia” (climate.nasa.gov/resources/global-warming-vs-climate-change).

And there are more doom and gloomers. Earth could be hit by a comet or giant asteroid. Nuclear war could annihilate humanity. A more virulent pandemic than COVID-19 could wipe out civilization. Aliens could come and do whatever aliens do. It’s kind of like choose your own adventure as to what might be the fate of the United States. But happily, you know there is a solution because you have read the words of Moroni:

“Behold, this is a choice land, and whatsoever nation shall possess it shall be free from bondage, and from captivity, and from all other nations under heaven, if they will but serve the God of the land, who is Jesus Christ” (Ether 2:10-12).

“God Bless America” is more than a cliché. As individuals, families, a nation, and Church, we can make a difference in the future of the United States by serving, worshipping, and obeying the God of the land—Jesus Christ.

When a nation cannot control its economy it has no sovereignty because of global free trade policies run by international banking cartels. This was the whole point of Hamilton banking. We need Glass Steagall to separate investment and commercial banking as well as a fixed exchange rate. We have no medical freedom either.

One of the most important ways we can strengthen our nation is to get involved in the schools. In the midst of false ideas our children are being indoctrinated with in our schools, a friend of mine is running for a place on the school board. As members of the church our influence MUST be felt.