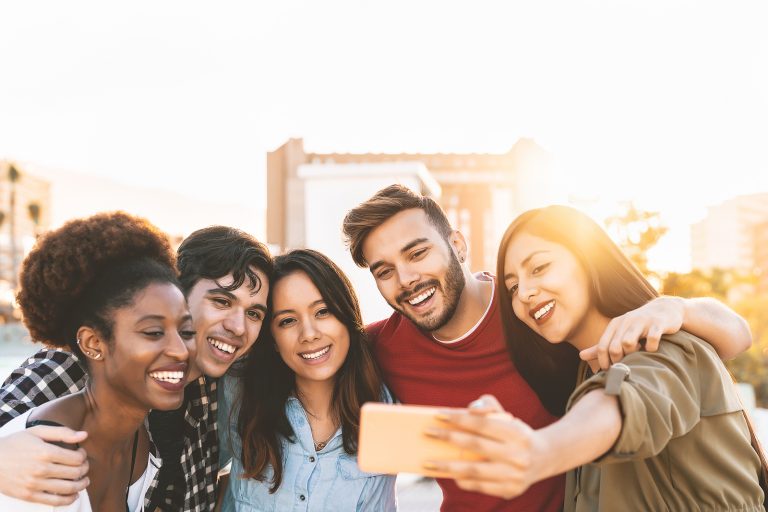 Chris W. shared this shocking story with me about his experience last week with his son at a California park. “My son and I were playing soccer at a park in the bay area of California. Multiple African American boys came up to my son and started punching him in the head for no reason. When I attempted to stop the beating of my son, an Asian woman yelled at me and called me names and referred to me as ‘privileged.’ I was so shocked. I couldn’t believe that this was happening to me and my son in the bay area where I grew up.”

Who is teaching our children about relationships, discrimination, equality, and love now? And, what are the lessons? As society becomes more wild, we need to examine the teaching and media messages that are producing this kind of incivility, prejudice, and hostility.

The United States has always been fairly safe from social status battles because we’ve historically honored the American Dream that promotes each person’s success through hard work and good character. However, if the concepts in Critical Race Theory are pushed on children through schools and media sources, then we could produce a generation of people who don’t believe in the American Dream because everyone will become a victim. What does this do to our children? Will they be raised to hate people who are different from them, when generations before them were taught to love their neighbors no matter the differences? We have to speak up about this.

What is Critical Race Theory? It’s a theory that suggests that some people are mean and oppressive to society because of biology and personal choices, and that others are destined to be victims forever because of their biology and personal choices. Victims are not required to be responsible for their choices or biology, but oppressors are. This teaching leads to judgments of others by declaring certain words, questions, and behaviors as ‘aggressions’ or ‘micro-aggressions.’ CRT’s constant need for judgment has already proven to create depression and social division with stories like Chris’s and reports of increased hostility on college campuses in recent years. Social/relationship conflict ultimately promotes poor health, broken relationships, and aggressive social behavior.

Have you seen the intersectionality diagram? What about the oppression matrix? Both of these tools are used to label people by determining how privileged, oppressive, or oppressed a person is due to their biology or upbringing. A person can’t recover privilege points very easily because a person can’t change their past at all according to the ideology. This ideology is completely counter to modern and historical self-improvement culture, as well as the principles of repentance and individual worth.

There are even multiple self-shaming websites that have privilege percentage calculators, like this one, that asks people to answer various questions about their biology and personal choices and then tells them what percentage of ‘privilege’ they are.

Yes, there are only victims in CRT. Even the people who are labeled as ‘oppressors’ are victims. They are forced to self-loath in order to be socially acceptable. And the ‘oppressed’ are forever victims too because of their in-born disadvantages. And, if a person chooses to better their situation, that would hurt them in the end because then they would have to hate themselves as an ‘oppressor’ and practice self-loathing. However, according to CRT theology, most oppressive situations cannot be recovered from because they are biological. If our children are taught CRT mindset in schools and through the media, then each person will have unchangeable, socially perceived value and all people will end up at war to see who is the most ‘oppressed.’

Increased wars and rumors of wars abound because everyone’s identity is under attack by this teaching…Our ancestors who fought so hard for social, political, and economic equality would be saddened to see their efforts undermined by discrimination and equity. Equity and equality sound similar, but they are complete opposites. When a society has equality, that means that they have the same freedoms and dignity. If a society embraces equity, that means that no one’s effort is rewarded, and that freedoms are taken from some people and given to others, and that personal dignity is disregarded. Equity promotes laziness and entitlement, while equality acknowledges each person’s personal journey, their value, and their successes. Equality promotes hard work and taking personal responsibility.

Are we unknowingly bringing our children up to fight their neighbors instead of love them? What will their futures be like if we focus on people’s differences instead of their similarities?

As a child, likely about 40 years ago, my father gave me this advice about love and diplomacy when my good Jewish friend and I had an argument about religion. “Nicholeen, God loves all of his children, no matter their differences. He wants us to see the good in each other and let Him sort out the differences. Love your friends and discuss things without judgement. You don’t have to agree with someone in every way to love and appreciate who they are and the good they do.”

That childhood lesson taught me to not focus on differences and to love all of humanity. While I think that some parents and teachers are still teaching these lessons of love and diplomacy, some adults are obviously teaching children to hate others and even violently attack them or Chris’s young son wouldn’t have been beaten at a public park for no reason like he was. Luckily Chris is the kind of father who teaches his son to love all people, just like my father did.

States and school districts all over the nation are trying to decide what to do about the Critical Race Theory movement. Some states are banning the teaching of this divisive ideology in order to protect children and society from more war.

Our children are poised, without CRT, to become the most loving and understanding generation of young people the world has ever seen. But, with CRT, our children could lose their humanity and hope as they learn to hate their neighbors and judge each other.

Wherever you live, please reach out to your lawmakers and school boards now to tell them that CRT is divisive, discriminatory, and intended to promote hate and war. No one should be hated, no matter if they are rich or poor, black, white, brown, male, female, abled, disabled, old or young, etc. As the song wisely says, “All God’s children have a place in the choir.”

CRT is being taught in schools almost everywhere, except in red states. Even then, it can creep in by liberals. Don't think it's not taught at BYU because it certainly is by some professors. Open your eyes, people!

So sad Martha, and Washington state passed it as mandatory; so sad.