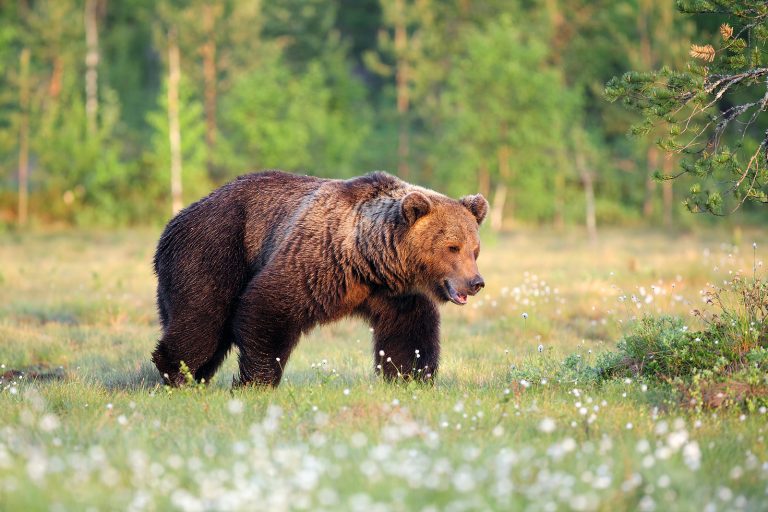 An Unforgettable Lesson in Scouting

Because the boys in my troop liked to stay at the farthest camp out in the woods, it wasn’t uncommon for us to have problems with bears wandering into our camp.  One night a bear came in search of food.  Rod, my assistant, ran to the main lodge and got him and me some pepper spray we could use to drive the bear out.  We kept it with us all the time after that.

One evening, as our troop was sitting down to eat, we heard growling, screaming, and the most tumultuous noise come from the camp closest to ours.  Before we could do anything, Steven, the scoutmaster from that camp, came running to us.

“There’s a bear tearing our camp apart!”  Rod and I both pulled out our pepper spray and jumped up to help, but then Steven continued.  “The boys dragged an orphan cub into our camp and tied it up.”

Both Rod and I stopped and turned to Steven.  “You tied a cub in your camp?” I said.

Steven nodded and spoke in a fearful voice.  “The boys found it and said they were sure it was orphaned.  They felt sorry for it, brought it back to camp, and tied it there so they could feed it.  That must have made some bear mad.”

“Not just some bear,” I said.  “That would be its mother.  Sometimes mother bears leave their cubs to forage.  I’m sure she traced the scent to your camp.”

“Pepper spray might not drive off an angry mother bear,” Rod said.

I nodded.  “We just need to make sure everyone stays out of there until the bear can free her cub.”  I then turned to the boys in our troop.  “Mort, David, you two take the south trail to stay away from the camp and run back to the lodge and inform the camp leaders.  Gordy, Devin, and Dallin, you follow me around to the north of the camp to warn anyone coming from that side.  I will defend against the bear there.  Rod will drive the bear away if it comes this direction.  The rest of you go down the south trails, warn anyone coming from that direction, and do whatever Rod tells you.  Make sure no one goes near that camp!”

I took the three boys I assigned to work with me, and with Steven following close behind, we cut out through the woods to the west to swing wide around Steven’s camp.  I sent each of the three boys north along different trails to warn anyone who might come from that direction.  I got as close to Steven’s camp as I dared and stayed there.  From that point, I could hear the bear growling, ripping, and smashing anything she could.

I turned to Steven.  “You did get all of your boys out of there, didn’t you?”

He nodded.  “Everyone ran when the bear came.”  Then, with his face as white as ash, he asked, “What will you do if she comes at us?”

“We’re not standing here to fight her,” I said.  “If she comes, you run, and I will try to deter her from coming down into the other camps.  I don’t think she will, because she will probably stay close to her cub until she can get him free.  What was the cub tied with?”

“Hopefully, after she takes out her anger on your camp, she will rip through the rope, take her cub, and leave.”

After a while, the smashing stopped, and the growling faded away.  I was sure the mother bear and cub were gone, but I wanted to give them plenty of time, so I waited.  When the camp directors showed up, I explained the situation.

We cautiously made our way into the camp.  The bears were gone, every tent was torn to shreds, and benches and tables were overturned.  Almost nothing was left untouched.

The camp directors were upset.  One of them turned to Steven.

“Mr. Dickson, you, your assistant, and the boys in your troop need to meet with us at the lodge right now!”

Steven nodded.  “Yes, sir.  I will find them, and we will be there.”  The camp directors left, and Steven turned to me.  “Hey, thanks for taking charge.  I was at a loss as to what to do.”

I shrugged and smiled.  “I bear-ly did anything.”

Steven only smiled slightly.  Maybe it wasn’t a good time for a joke.

I love his stories have been following them on Wednesdays for several years. Thank you

I love your stories about Scouts. I both my boys were avid scouters and did a lot of camping and had some crazy adventures but not having a bear come into camp. Of course they never were so stupid as to bring a cub into camp and tie it up :(