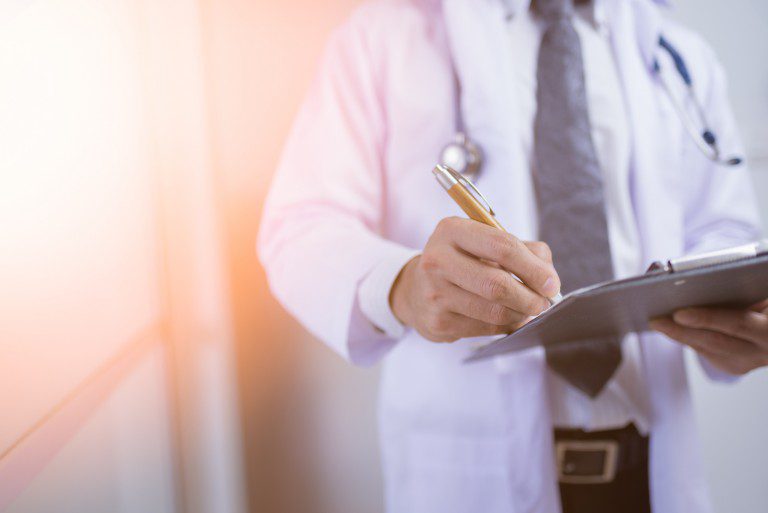 What’s Not Taught In Medical School

One of the highlights of our month is our vegetarian supper club. Held once a month at a local church and for adults only, the potluck dinner is based around a theme that was chosen the month before, i.e., “Cinco de Mayo” was a Mexican food night. We each bring a dish and copies of the recipe we used. The company and the food are always excellent and we go as often as we can.

Several of them use the term “flexitarians” for themselves, meaning that they do eat meat, eggs and dairy products on a very limited basis for social occasions or holidays. Some of the group have eaten this way their entire lives, even where we live in Tennessee where the emphasis on barbecue and rich Southern food reign supreme.   Others have come to this way of eating later in life. Some have had serious health scares and learned that their diet is a big part of both their illness and recovery, while others know the value for the health and just love the food.

The leader, a lovely leader in her sixties named Susan, has a master’s degree in public health and always has cook books to share and either a short lecture or a fascinating video to watch after the meal.

This past month the video we watched led my husband and I to YouTube and a medical doctor by the name of Dr. John MacDougall. Although I’d read a number of his articles, seen his name in Jane Birch’s book and website “Discovering The Word of Wisdom” and been on his website, I had never listened to him. In the video I have provided today, his own background and how he chose to be a medical doctor is fascinating. He is interviewed by another medical doctor, Dr. T. Colin Campbell. In this video, they share their common experience of swimming against the current of the medical community by prescribing a whole-food, plant-based diet instead of more medicine and drugs to their patients.

They make it very clear that most doctors leave the study and education of nutrition to other health professionals, since it is not part of the required medical school curriculum to any significant degree Simply said, most doctors do not promote diet as a primary resource for healing when illness occurs because this has not been a focus of their training. They may refer you to a nutritionist. However, Dr. MacDougall and Dr. Campbell have found there’s more to it than that: it’s a great ethical dilemma for the medical community because there is no money to be made in pointing their patients to the grocery store and the health food store instead of to an expensive prescription.

Is this really true? A recent article in US News and World Report states:

“On average, U.S. medical schools offer only 19.6 hours of nutrition education across four years of medical school, according to a 2010 report in Academic Medicine magazine. In a 2016 study, researchers at Case Western Reserve University examined data from 25 family medicine, internal medicine and OB-GYN medical residency programs throughout Ohio: What they found is that these programs averaged 2.8 hours of instruction on obesity, nutrition and physical activity counseling, and only 42 percent of them taught the residents techniques for how to perform health behavior counseling.

Given this, it’s not exactly shocking that many doctors would receive a failing grade on nutritional know-how. A 2016 study in the International Journal of Adolescent Medicine and Health assessed the basic nutritional knowledge of fourth-year medical/osteopathic school graduates entering a pediatric residency program and found that on average, the incoming interns answered only 52 percent of the 18 questions correctly.”

You can read this article HERE

Another doctor’s article about this should also be read in its entirety: In his article entitled

“How Much Nutrition Education Do Doctors Get?” Dr. Michael Greger reports:

A group of prominent physicians wrote in 2014 that “nutrition receives little attention in medical practice” and “the reason stems, in large part, from the severe deficiency of nutrition education at all levels of medical training.”

They note this is particularly shocking since it has been proven that a whole foods, plant-based diet low in animal products and refined carbohydrates can reverse coronary heart disease—our number-one killer—and provide potent protection against other leading causes of death, such as cancer and type 2 diabetes.

So, how has medical education been affected by this knowledge? Medical students are still getting less than 20 hours of nutrition education over 4 years, and even most of that has limited clinical relevance. Thirty years ago, only 37 percent of medical schools had a single course in nutrition. According to the most recent national survey, that number has since dropped to 27 percent. And, it gets even worse after students graduate.

You can read the entire article HERE.

My own experiences agrees with these articles.

For many years my doctor wanted me to take Fosamax for my genetically related osteoperosis. After personally studying about osteoperosis and learning that there’s an epidemic here in the U.S., but NOT in countries where rice, beans and veggies are the primary diet, I told my doctor about the book, which proves with many studies that improving bone health is more influenced by the consumption of a wide variety of fruits and vegetables than dairy products. She was mildly surprised, but utterly un-interested.

Eventually another doctor told me that it was a good thing I had NOT taken the Fosamax as it had been prescribed for me. Someone was supposed to have called me from the doctor’s office, but never had. She told me what I had learned on my own: there are serious long-term side-effects for lengthy use of this and other drugs for building bone density. But when we moved to Tennessee, my new doctor was quite indignant that I wasn’t using the Fosamax and once again, was not interested in the things I had learned about diet and bone health.

You can go to Amazon and learn more. “Lies My Doctor Told Me: Osteoporosis: How the Latest Medical Research on Bone Drugs and Calcium Could Save Your Bones, Your Heart, and Your Life” by Harmony Clearwater Grace will be very helpful and a good start.

I had a similar experience with a routine annual visit after basic lab work had been done. The doctor and his assistant there teased me about my “magic pill” for blood pressure and weight management. “I’m not on any prescriptions,” I told them. “We know!” they responded. “We just can’t believe that at your age you don’t have any of the common things with blood pressure, high cholesterol, heart problems that we see daily.” Once again they were very surprised when I told them about how I eat and exercise. “That’s all?” they said. “That’s all,” I responded.

Am I saying that we don’t need doctors? Absolutely NOT. We need our doctors and we need to be proactive in our personal understanding of how the modern American diet depletes our bodies of the health and energy that is increased with more fruits, veggies, and whole grains, and way less processed food, meat and dairy foods. And we need to be personally responsible as stewards of these marvelous bodies.

After listening to the Dr. MacDougall and Dr. Campbell youtube video, I couldn’t help but go back to a posted testimonial on Jane Birch’s website. It is well worth repeating here:

“Wisdom Comes In The Righteous Use Of Our Agency” by Bruce Roberts, September 2017.

I encourage you to read the whole story HERE

Briefly, Brother Roberts experienced a serious heart attack in April of 2016. (Yes, right during General Conference!) The heart attack came just after he had decided it was time to launch a healthier whole-food planted-based diet, but had not implemented it.

It was a very desperate life-or-death situation once they got to the hospital and he actually flatlined for a time. After the surgery, the doctor insisted on a number of medications which Brother Roberts was very unhappy about taking, though extremely grateful to the doctor who had literally saved his life. The doctor insisted, saying he would die without these medications. If, however, he was diligent and lost 50 pounds, they could talk about reducing the meds.

Here is their conversation after Brother Roberts lost 50 pounds in three months with a whole-food plant-based diet:

“Now doctor, here is my golden question. When you came to my room at the hospital you were very blunt about my refusing to take the medications, and you said, ‘THEN YOU WILL DIE!’ Now you seem to have changed your position, Why?” Now pay attention to his response. He said, “Because you were willing to change your ‘LIFE STYLE’. Most people lying in that bed won’t do that so they must take the medications, and I have to be firm about that.”

Just think, if you have a desire to be as healthy as God has intended you to be and promised to be in the Word of Wisdom, just change your “LIFESTYLE.” Learning and understanding that simple concept, even though it is a real challenge, was worth falling down the mountain and having the heart attack. Heavenly Father really does work in simple but mysterious ways in our behalf. There is a special spiritual lifestyle for us, as well as a special physical lifestyle for us if we want to be happy.

When another 4-5 months rolled around I was as “Nervous as a cat on a hot tin roof.” I so wanted my tests to be even better than they were in July, and they were. I was now down about 65 pounds and the doctors first comment was, “Hi skinny.” After reviewing my tests, he smiled and told me he still wanted me to take one of the medications one more month and then only a baby aspirin every day from then on. I have now completed that. As the doctor left the room he turned to me, smiled and said, “You are my model patient.” HOPE returned!

The next day I had set up an appointment with my family doctor for a complete physical. He looked at everything and said, “I see you had a heart attack back in April, what medications are you taking?” I replied,” In one month none.” He looked at me very concerned and said, “That can’t be right.” I said, “Ok, what do you see from all my tests to indicate that I need the medications?” He sat back in his chair, paused, and replied, “ I guess nothing. What have you been doing?” I told him about the past 11 months and the LIFESTYLE and he responded, “Maybe we better have you come and teach some nutrition classes.” I said we would be happy to.

The cardiologist asked me to come back in three months for another blood test and to see how I was doing without the medication. I did and he said the results of the tests were still great.

What a story! And what an example his is to the truth that our doctors are an essential part of our lives, but they will probably NOT be the ones guiding us to our healthiest lives, either before or after a health crisis.

Once again, the video with Dr. Campbell and Dr. MacDougall is HERE.

It’s one you won’t forget and that just might change your life.