What It Takes to Have a Good Church Choir | Meridian Magazine 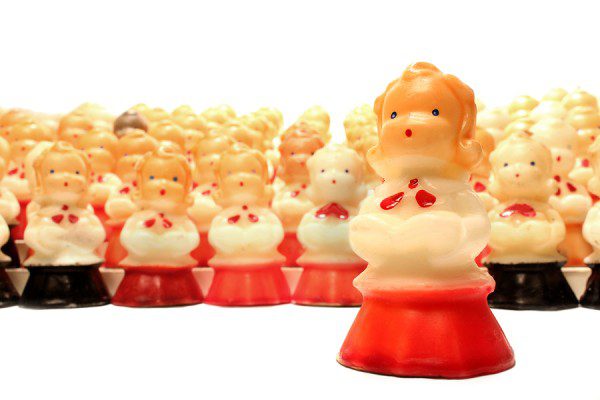 What It Takes To Have A Good Church Choir

I was at my second year of college, and the congregation I attended for church on Sundays consisted of about 90% college students. It was my first Sunday there, and I watched as the choir stood up to sing. It was very disproportionately female, with about 30 sopranos, 30 altos, and only two tenors and one bass. It sounded like a women’s choir as the three men were completely drowned out.

When the song ended, the church leader looked out over the congregation and almost pleaded. “As you can see, our choir could sure use some more people, especially men.”

My friend, who was sitting by me, nudged me none too gently. “This is your big chance. You could join the choir and with as few men as there are, you could sing a solo or something.”

I rolled my eyes. “Yeah, whatever. If I were to sing a solo, they wouldn’t just have to get more people in the choir. They would have to try to recruit people to come back to church since my singing would drive them away.”

I then turned the question back at him. “Why don’t you join?”

He laughed. “I don’t know one note from another. Besides, have you seen the choir director? She’s probably old enough that she knew Noah personally. Might have even been his grandmother. And I have heard that she doesn’t put up with much. Someone said if you get out of line she makes you drop and give her ten.”

I smiled. “Maybe there’s a slight chance that’s the problem.”

Because students come and go, the older, more permanent members of the congregation had lots of assignments that kept them far too busy for choir. That only left young men and young women, and the young men didn’t seem too inclined to spend what free time singing in a choir. I was no different. I worked out with the wrestling team 15 hours per week, studied about 30 hours a week, and worked 20-30 hours per week at a part time job. I was not about to take on something else.

A few more weeks went by with no change in the choir dynamics, except perhaps more women. Then, after another nearly all female performance, the congregational leader got up and announced there was going to be a change.

“We have another person who has agreed to accept the assignment of being the choir director.”

He then turned to a young lady sitting on the stand behind him. “Donna, will you stand.”

After she stood, he went on to tell everyone that she was a music major at the college and would be bringing her training to the assignment.

I turned to look at my friend, and I could see by the look on his face that he was thinking the same thing I was thinking. It didn’t have anything to do with the fact that she was a music major. But it did have to do with how beautiful she was. Her blond hair hung loose, down past her shoulders, and her gorgeous blue eyes sparkled along with her radiant smile.

There was a slight murmur through the congregation, and I could tell that there was definitely going to be more of a balance in the choir very soon. My friend even turned to me to express his thoughts.

“You know, I have been considering the fact that maybe it is time I start developing my singing ability.”

I laughed. “You? About the only tune you know anything about is a car-toon.”

“Ha, ha. Very funny. But seriously, you read music. What part should I tell them I sing?”

“Oh, I think you probably ought to say you sing tenor – ten or eleven notes off.”

He laughed again good naturedly. “You can’t tell me you aren’t also entertaining thoughts of joining the choir now.”

I smiled. “I’ll admit, the thought crossed my mind.”

“Well, then,” he said, “I’ll guess we’ll see you at choir practice before church next week.”

And I laughed, because I definitely planned to be there too.

Daris Howard, award-winning, syndicated columnist, playwright, and author, can be contacted [email protected]; or visit his website at https://www.darishoward.com