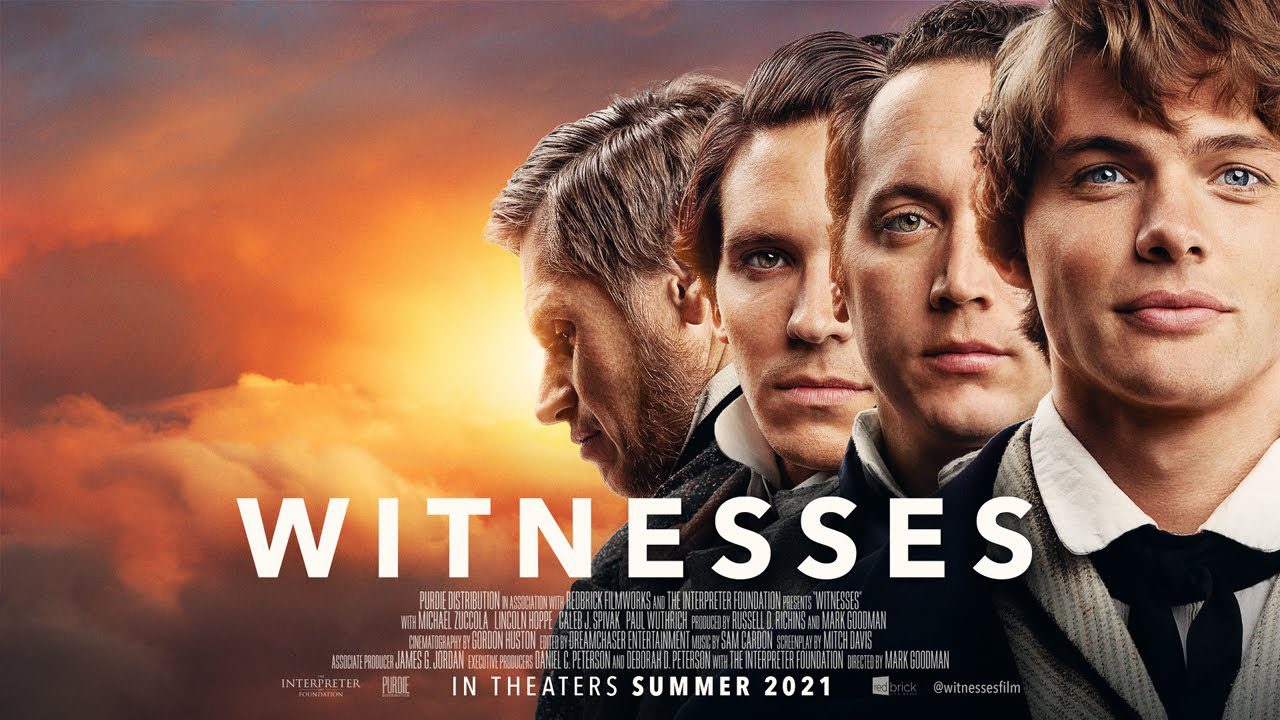 Watch “Witnesses” on the Big Screen During BYU Education Week

After a respectable theatrical run that began on 2 June, “Witnesses,” the Interpreter Foundation’s dramatic feature film, has been slowly winding down.  (For a list of remaining theaters where “Witnesses” is still playing, see “Get Tickets,” at witnessesfilm.com,)  Theaters are full right now, with big studio films.  It’s a very competitive time in cinemas, with more movies than screens.  Which means, of course, that “Witnesses” is likely to finish its theatrical run very soon.

It will eventually come out on DVD and via streaming, but it’s a visually beautiful film that is quite striking on the big screen.

Of course, many people live in areas where “Witnesses” wasn’t shown, or where it was only shown in theaters that were very far away.  With that in mind, Purdie Distribution has negotiated a last hurrah for “Witnesses” in four theaters near the campus of BYU during 2021 Education Week (which runs from Monday, 16 August, through Friday, 20 August).  We know that many come from long distances to attend Education Week, and we wanted to give them a final opportunity to see “Witnesses” in a movie house:

Here are the four BYU-area theaters in which “Witnesses” will be screened during Education Week:

If you know somebody who will be in or about Utah Valley during Education Week at Brigham Young University, please call this announcement to his or her attention.  And if you know people who haven’t yet seen “Witnesses,” please let them know that this may perhaps be their last opportunity to see the film on a theater screen.