Vox: "Most churches are losing members fast — but not the Mormons. Here’s why." | Meridian Magazine 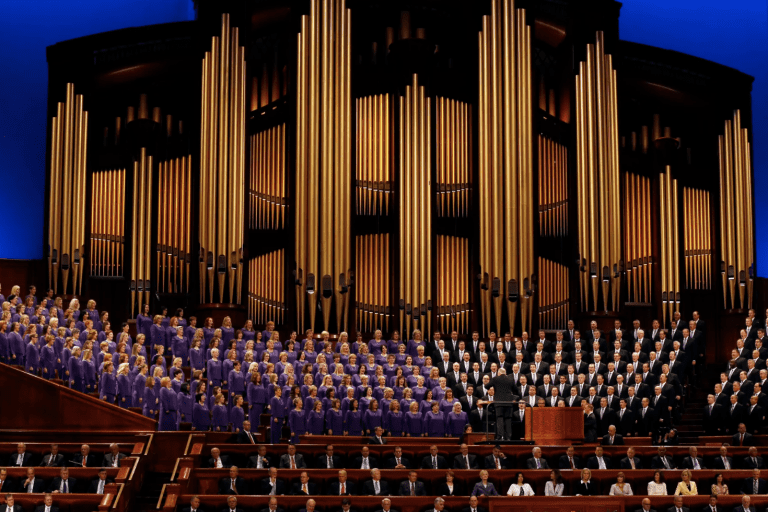 Vox: “Most churches are losing members fast — but not the Mormons. Here’s why.”

The following is an interesting outside perspective on Church membership and involvement excerpted from Vox. To read the full article, CLICK HERE.

Jennifer, a young mother and member of the Church of Jesus Christ of Latter-Day Saints in northern Virginia, is honest about the challenges of being Mormon in America today. “It’s not an easy gig,” she says. It’s not just the expectation that you will adhere to strict religious standards when it comes to dating and sex. Or the 10 percent tithing requirement. The prohibition on caffeine or alcohol. It’s the time, she says. “My husband and I teach Sunday school to 14- and 15-year-old teenagers. On a Saturday night, we might not be kicking back and watching a movie or bingeing Netflix; we’re planning our Sunday school lesson.”

While the structure of the LDS Church, which relies on volunteer leadership at the local level, requires an active membership, there is an upside to the obligations of religious community. In an era marked by unprecedented religious decline, Mormons appear to be holding their own.

One-quarter of Americans are religiously unaffiliated today, a roughly fourfold increase from a couple of decades earlier. Christian denominations around the country are contending with massive defections. White Christian groups have experienced the most dramatic losses over the past decade. Today, white evangelical Protestants account for 15 percent of the adult population, down from nearly one-quarter a decade earlier. By contrast, Mormons have held steady at roughly 2 percent of the US population for the past several years. And perhaps as importantly, Mormons are far younger than members of white Christian traditions.

At one time, sociologists and religion scholars argued that theologically conservative churches, which demanded more of their members, were successful because they ultimately provided more rewarding religious and spiritual experiences. This theory has since fallen out of favor as the tide of disaffiliation appears to be washing over conservative and liberal denominations alike. The Southern Baptist Convention, the heart of conservative Protestantism, has sustained 12 straight years of membership loses. Since 2007, the denomination has shed 1.2 million members.

But more than the rules, rituals, and rigorous theology, the success of the Mormon Church may have to do with their unrelenting focus on the family. Few religious communities have made the development and maintenance of traditional family structures such a central priority. Eighty-one percent of Mormons say being a good parent is one of their central life goals. Nearly three-quarters say having a good marriage is one of their most important priorities in life, and a majority of Mormons — including nearly equal numbers of men and women — believe that the most satisfying type of marriage is one in which the husband provides and the wife stays home.

This is a link to an article by from a secular news source.

The emphasis on the family as the central organizing structure in society is highly valued outside the US, Europe and the western countries. Those who have lived and worked in Latin America, SE Asia, and Africa have experienced this. Populations there. Programs coming from the 'West' are increasingly viewed with suspicion for this reason. So exchanges that are family affirming are much more readily embraced.