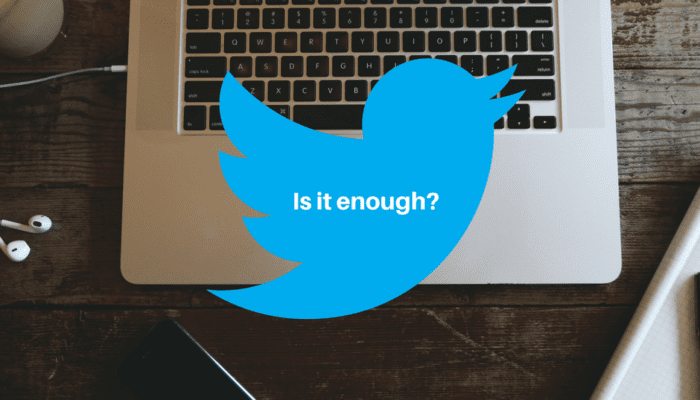 As first reported by HeatStreet, Twitter is now blocking several pornography-related search terms—particularly from results in the “Photos” and “Videos” section of the social media platform.

Now when users type in hashtags or keywords traditionally associated with pornography, they get this message:

Text: “Nothing came up for your search, which is a little weird. Maybe check what you searched for and try again.”

Why is this important?

Yet, Twitter has remained riddled with pornography for years and years.

Traditionally, social media sites like Twitter have remained unswayed by these concerns. We live in a digital age where social responsibility online is often discarded in favor of increasing views, favorites, or retweets.

Twitter has a long history of doing just that.

So Twitter’s recent decision to take action and block blatant searches for pornographic images and videos is a significant break from their past laissez faire approach.

At long last, Twitter is beginning to take responsibility for creating a sexploitation-free online environment. It’s encouraging to see a social media platform taking steps to combat the flood of cyber-based sexual harassment and pornography online.

Twitter’s improvement is commendable, but the social media platform still has more work to do.

Twitter was listed on NCOSE’s 2017 Dirty Dozen List, which names 12 mainstream contributors to sexual exploitation, because it facilitates distribution of hardcore pornography, as well as allowing pornography- and prostitution-themed accounts to flourish on its site.

Twitter must continue to combat sexually exploitive content on its platform, specifically in its links to the video streaming app Periscope and accounts featuring pornography and/or promoting prostitution.

ACTION: NCOSE encourages the public to tweet @Twitter using the hashtag #ThanksTwitter to applaud the company for its improvements, and to ask them to continue working to remove sexploitation from its platform.