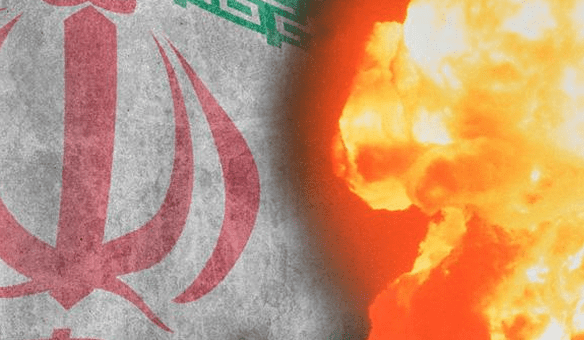 Letting it get the bomb would be the most catastrophic decision in the history of humanity.

Recent statements from United Nations officials, that Iran is already blocking their existing efforts to keep track of what is going on in their nuclear program, should tell anyone who does not already know it that any agreement with Iran will be utterly worthless in practice. It doesn’t matter what the terms of the agreement are, if Iran can cheat.

It is amazing — indeed, staggering — that so few Americans are talking about what it would mean for the world’s biggest sponsor of international terrorism, Iran, to have nuclear bombs, and to be developing intercontinental missiles that can deliver them far beyond the Middle East.

Back during the years of the nuclear stand-off between the Soviet Union and the United States, contemplating what a nuclear war would be like was called “thinking the unthinkable.” But surely the Nazi Holocaust during World War II should tell us that what is beyond the imagination of decent people is by no means impossible for people who, as Churchill warned of Hitler before the war, had “currents of hatred so intense as to sear the souls of those who swim upon them.”

Have we not already seen that kind of hatred in the Middle East? Have we not seen it in suicide bombings there and in suicide attacks against America by people willing to sacrifice their own lives by flying planes into massive buildings, to vent their unbridled hatred?

This article is giving it's opinion based on clear & long experience with Iran. I am old enough to have seen this personally also. The Iranians continue to express death threats and annihilation to Israel. They refuse to acknowledge that the holocaust happened. In the past they have continuously resisted agreed upon inspection programs and continue to refine high grade nuclear material. How many times must we look the other way and accept their dishonesty that buys them time to become even more dangerous not only to Israel but the world?