The Pro-Life Fight: A Big Win and a Disheartening Loss | Meridian Magazine 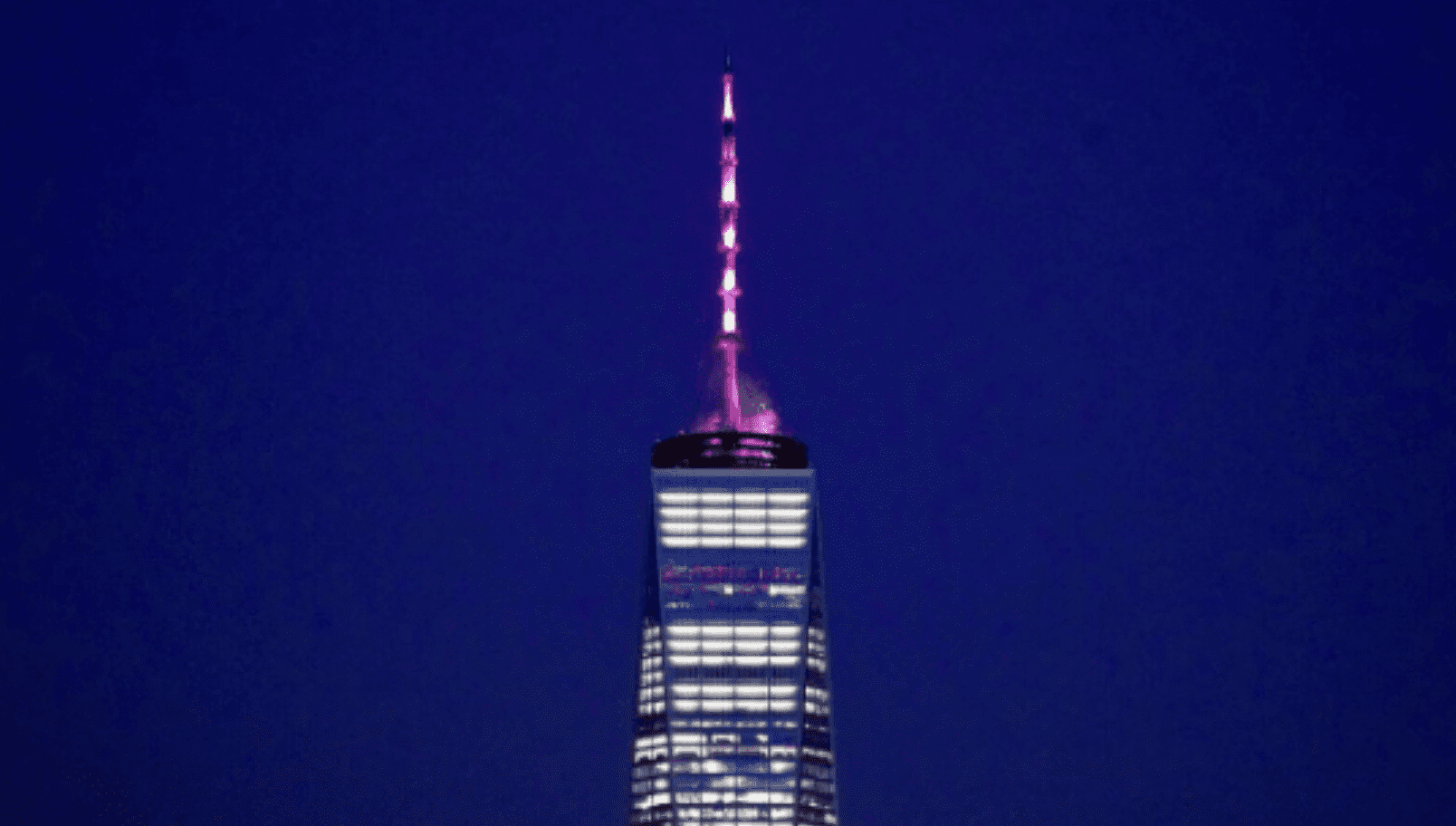 The Pro-Life Fight: A Big Win and a Disheartening Loss

Cover image: The spire of the One World Trade Center was lit pink Tuesday to “celebrate” the passing of New York’s expanded abortion law.

Editor’s Note: This week marked the 46th anniversary of Roe v. Wade, the landmark Supreme Court decision that changed the nation’s legal and social attitude toward abortion forever. Coinciding with the anniversary came two important events this week; one representing a win in the legal battle to stop feeding so much taxpayer money into Planned Parenthood and one representing a significant step backward in how our country regards the lives of the unborn as New York legalized abortion all the way up to the due date.

Below are excerpts giving more information on each.

Texas has always thought so, which is why the state has worked for years to put the brakes on the organization’s government-funded gravy train. Now, thanks to the Trump administration, the Lone Star State finally has the right to try again.

Under former President Barack Obama, it wasn’t just suggested that states send a portion of their Medicaid dollars to Planned Parenthood—it was required. Like a lot of Americans, President Donald Trump didn’t think the government should be telling states how to spend their money. So, he overturned the rule and wrote his own, insisting that legislatures could decide for themselves.

Naturally, Planned Parenthood wasn’t exactly thrilled at the thought of losing Texas’ $3.1 million, so it took the state to court. Late last week, a three-judge panel of the 5th U.S. Circuit Court had its say—and, to the abortion group’s surprise, it ruled on behalf of taxpayers.

Writing for the majority, Judge Edith Jones explained that the lower court had no reason to issue an injunction, especially when the $3.1 million that Texas is trying to withhold from Planned Parenthood is a “smidgen” of the $57 million its affiliates earn each year.

Just as importantly, the panel also handed a huge moral victory to the Center for Medical Progress, whose undercover videos have been ruled inadmissible in other courts. In this instance, Texas used the footage as one of its major arguments for defunding the group.

To read the full article on the Daily Signal, CLICK HERE.

New York’s state Senate voted 38-24 and the state Assembly 92-47 in favor of the so-called “Reproductive Health Act.” Democrat Gov. Andrew Cuomo, who signed the bill, called it a “historic victory for New Yorkers and our progressive values” and ordered the One World Trade Center spire to be lit in pink to mark the occasion.

The bill declares that “Every individual who becomes pregnant has the fundamental right to choose to carry the pregnancy to term, to give birth to a child, or to have an abortion,” erases the state’s recognition of preborn babies older than 24 weeks as potential homicide victims, removes abortion from the penal code entirely, and allows licensed health practitioners other than full doctors to commit abortions.

The New York State Right to Life Committee warns that by declaring abortion a “fundamental right,” it opens the door to invalidating “any limits on abortion” and “mandat[ing] that everyone take part in the culture of death”; prevent pregnant women whose babies are killed in violent attacks from seeing justice; and it will have the effect of “authorizing infanticide” by repealing the requirement that a second physician be on hand in the event that an attempted abortion past twenty weeks yields a live infant.

Pro-life leaders and commentators across the nation have spoken out against the new law.

Dr. William Lile, [a board-certified OB/GYN] who grew up in New Jersey, noted the cheers and smiles in the New York capitol building when the bill was passed.

“Celebrating what? The governor just signed a law saying that we can take the lives of the babies in the womb up until their due date. That’s nothing to celebrate,” he said, noting that babies sometimes need to be delivered early but never killed in the process.

To read the full article on LifeSite, CLICK HERE.

See Dr. Lile speak further on the new law in the video below:

We must not sugar coat this new reality, infanticide is now legal in the state of New York, and now Vermont has legislation pushing for the same. "Every individual who becomes pregnant has the fundamental right to choose to carry the pregnancy to term, to give birth to a child, or to LEGALIZE INFANTICIDE. The medical abortion procedure is infanticide. Anthropologists define as: "Infanticide is the act of deliberately causing the death of a very young child (under 1 year old)". The New York State legislature has just decided that unborn children are not human beings even though as Dr. William Lile, an obstetrician bluntly states,"that modern medical technology is already giving preborn babies blood transfusions, heart surgery, and more." With this new law, unborn children are not human beings in the state of New York, even though life saving medical interventions for a child in the womb is now commonplace. And even though infants are born prematurally, allowed to live, and then thrive in same said state. In the State of New York infanticide is now legal. This is the new reality.