The Natural Leader is an Enemy to God | Meridian Magazine 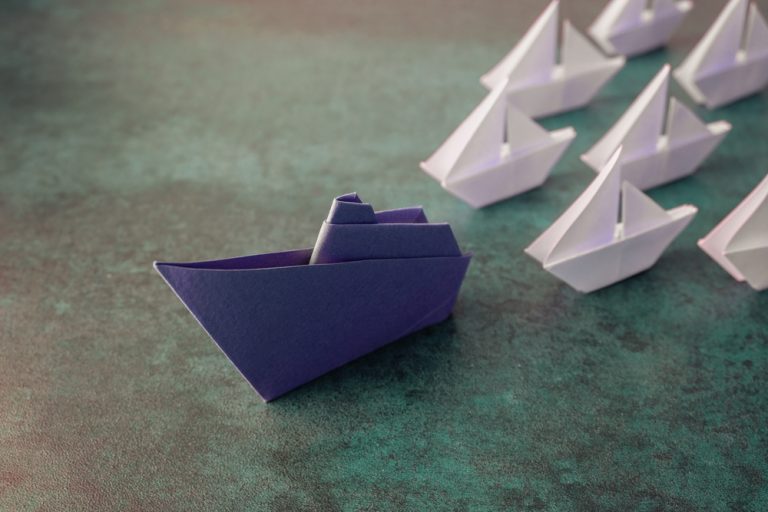 The Natural Leader is an Enemy to God

It is hard to imagine Jesus scolding the apostles: “You guys need to get out there and spread the word. My ministry is half over and we haven’t reached our goals. You need to shape up and do better!”

Yet when we want to “inspire” better performance in any church or family endeavor, we commonly scold, guilt, admonish, and lecture. That is only natural. “Natural.” It is good to remember that our instinctive or natural actions make us enemies to God (Mosiah 3:19).

Maybe we use scolding and guilt because such methods seem to work, at least in the short run. But the Lord suggests that they are not effective. And they are not right. He instructs us to use persuasion, gentleness, kindness, and love (D&C 121:34–42).

Notice the dramatic difference between Jesus and many of the religious leaders of His time. The Pharisees and leaders of the Jews stressed strict obedience and exacting accountability. Jesus scandalized them by being friends with publicans and sinners, by loving known sinners, and embracing societal rejects. His whole focus was redeeming souls. Time and again, he broke all the contemporary rules of propriety in order to reach a lost soul with a message of love. The woman taken in adultery. The blind and lepers. The woman in the house of Simon. Taking a publican as an apostle. The woman with the issue of blood. He knew that only love could form the bridge between where they were and the redemption He prepared for them.

Gospel principles and standards are important. They establish how we should live and what we should expect of ourselves if we are serious about following Jesus. But they do not authorize us to berate others in the name of righteousness. If we do that, we are following the example of the Pharisees more than the example of Jesus.

I have a dear friend named Myke. Some years ago, he was a leader in a church organization. Part of his responsibilities included periodic meetings with those who served under him. Because of his commitment to his role, he did several things to be effective. He would send reminders to those who should attend. He was always well prepared to provide good material at the meetings. When someone did not come to the meetings, Myke would organize sets of materials from the meeting and visit the home of each of those people and share the materials along with the key outcomes of the discussions that had taken place.

One of Myke’s fellow leaders chided him: “You’re only teaching them to be irresponsible when you take the materials to their homes. They’ll never come to your meetings if you keep taking things to them.” Myke rose to the challenge. He invited his colleague to make a test: “You use every means you know to get people to your meetings. I will continue to use the method I use. Let’s see who has better attendance.” Over a period of months each used his method. Would it surprise you to know that Myke’s attendance improved over time while his co-worker’s meeting attendance declined?

There is a “natural” interpretation to Myke’s delivery to non-attenders: “Well, if you don’t come, I’ll run everything over to your house. Don’t worry if you don’t want to come.” But the non-attenders seemed to get a different message: “When you don’t come, you are missed. Your work is important enough and the materials I prepared are important enough that I will bring them to you.” I think Myke was also saying, “I will do everything I can to support you in your vital work.” Such messages translate into better performance.

Jesus taught the same kind of leadership when he counseled us to “leave the ninety and nine, and goeth into the mountains, and seeketh that which is gone astray” (Matthew 18:12). Was Jesus worried that the ninety and nine would wander off, hoping for the extra attention that was given strays? Apparently not. Maybe Jesus hoped the ninety and nine would follow His example and become rescuers of lost sheep. Maybe those who have felt valued and supported will then understand the vision Jesus described and reach out to others who feel lost and in need of support.

Rather than scold the straying sheep, Jesus carried it upon his shoulders. Yet think of the many times that we scold one another. “Brethren and Sisters, you need to shape up and do better or else you might not make it!” “We now have a temple in our area and we aren’t using it as much as we should.” “SHHH! Be reverent!” We do a lot of scolding.

I know an Elder’s Quorum President.  He regularly reviewed ministering that was taking place in his ward. If there were any brethren who had not consistently contacted families assigned to their care,  the quorum president would make a note and arrange to visit with those brothers. He would begin their meeting with prayer and then say: “As a ministering brother, you are the vital link between God’s church and some of His precious children. Some of those children are not being contacted so we don’t know how they are doing spiritually or temporally or what their needs are. What can we do to support you in your ministering to them?” If changes needed to be made in companionships or assigned families, they were made. But that was rare. Usually the assigned brothers simply needed a refreshed vision of the meaning and importance of their ministering role.  Rather than a general lecture to all the Brethren about ward statistics and the need to improve them, those good brothers needed to be invited to become a partner with God in tending souls.

Inviting is better than scolding. Inviting is what God does. “His hand is stretched out still” is the repeated message of scripture. Our bad deeds may bring on calamity that can humble us. Yet He always invites us to return to His Way of Life: “Every thing which inviteth and enticeth to do good, and to love God, and to serve him, is inspired of God” (Moroni 7:13).

Scolding, especially in groups, poisons the spirit of the gathering. It does not motivate spiritual behavior and it may engender resentment. Scolding or applying guilt may cause some to simply give up, feeling they will never be “good enough”.

There is a better way. We can love and invite, just as Jesus did. A number of members in one ward stopped attending Sunday meetings. Among those who remained, there seemed to be an assumption of blame towards those who left—they were seen as being apathetic, rebellious, or overly sensitive in taking offense. One woman took it upon herself to meet with the sisters who had left. She listened to them. She learned that some had left because they felt marginalized or unable to fit in. Some felt they were not valued or wanted. Some felt hurt by comments that had been made. Applying blame would not be helpful. Doing nothing would likely heighten their sense of not being valued. Instead, this woman told them they were missed and needed. She invited them to return and offered her love and support. She kept the door open for them.

The first principle of leadership is love. “We love him, because he first loved us” (1 John 4:19). During His mortal ministry, many people responded to Jesus because He looked beyond sin in the confused, He saw potential in those who were struggling and offered them a new vision of themselves, He invited everyone—even those harshly judged by society—to follow Him and be made whole. He loved. If we want to motivate better performance, we must first love. Love for God, His work and His children, is both contagious and energizing.

Several years ago our stake president made an appointment with my wife Nancy and me. He invited me into the office first and asked if I would support Nancy as the new stake relief society president. I didn’t know whether to groan or to laugh. Nancy does not like to be on stage. She does not like to boss people around. She does not like to make lots of decisions. She simply wants to help people in need. That is why she is such a great leader! She does not care for any of the trappings of leadership. She only wants to love and serve.

Effective leadership is motivated by love for those served, for God, and for His sacred messages. Meaningful ministering is energized by such love. Inspired classroom teaching is animated by such love. Stake and Ward leadership certainly involves administrative concerns and tasks. But local leadership will make a true difference in the lives of those under their stewardship if they prioritize creating an environment in which members experience the love of the Savior and the vision He has for their lives. And members are most likely to have that experience if they see it modeled by the leaders called in His name.

The second principle of leadership is love. So are the third and fourth. That is not to say that there is nothing else that matters. Somewhere around number 73, other principles show up: wisdom, stewardship, delegation, etc. But if we have not charity, the pure love that comes from Christ, we are nothing (see 1 Cor. 13:2, 2 Nephi 26:30, and Moroni 7:46.).

Invitation from Wally: It is my objective as an author to combine the revealed gospel of Jesus Christ with the principles of human behavior that I studied as an academic and add life experience to discover enduring truths about relationships. If that approach to learning is useful to you, I recommend my book on marriage, Drawing Heaven into Your Marriage, my books on parenting, Between Parent and Child (revised from Haim Ginott’s classic), and The Soft-Spoken Parent, and my book on relationships in general, Discoveries: Essential Truths for Relationships. You can find these books at LDS booksellers or Amazon.

This article is full of so much good wisdom. Thank you. I have never seen reprimands from Church leaders have a positive long-term effect.