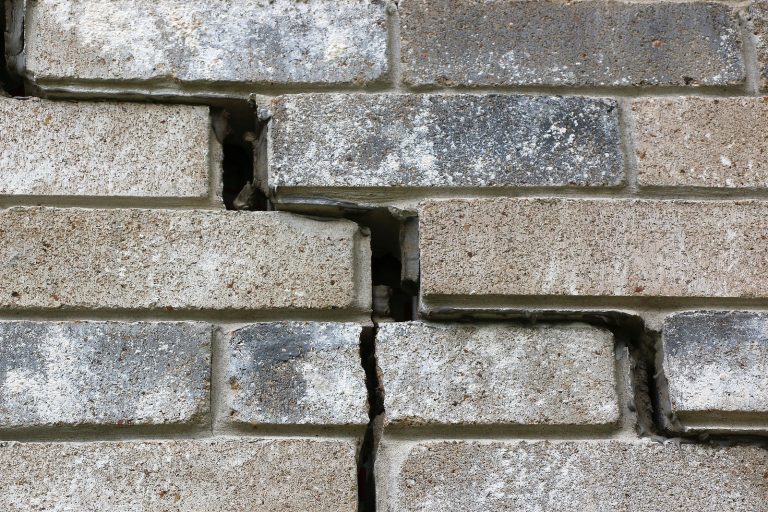 The Key to Building a Sure Foundation

At the core of conversion is a change from the natural man to a divinity-seeking child of God. Conversion of faith is a strange human occurrence. For some, it is a change of religions. For others, it is a whole leap from little or no faith to great faith in God. It’s talked about as something that happens in a twinkling of an eye and discussed as something the reoccurs over and over throughout one’s life.

For Latter-Day Saints, it is a pivotal point to our eternal salvation. For many, that conversion is a slow, life-long process that began as a child. As we reflect, we often find moments of spiritual clarity that helped us along the spiritual path when times got tough. Many got a great spiritual witness during those tough times. We stepped up, a little higher, a bit stronger in the faith.

My earliest spiritual recollection took place in our home in Frankfurt, Germany about 1953, not too long after World War II. Dad was an officer in the U.S. Air Force stationed at a nearby U.S. base. Many single LDS servicemen were stationed there and most were returned missionaries. They actively proselytized fellow G.I.s and needed a quiet place to teach the Gospel. Dad and Mother welcomed them into our home. So it was that on many Sunday evenings our home was the site for a Cottage Meeting. My older brother Eric, age 7 and I, age 5, sat beneath the baby grand piano and listened to the lessons and watched these RMs teach the gospel to a filled living room.

I clearly remember an overwhelming feeling hit me that one day I would be just like these men and serve a mission. My brother had the same thoughts. Those thoughts never left us and we began right then with little bits here and there of mission preparation. Eric served in England and I served in Australia.

That wasn’t a Joseph Smith First Vision event, but, it was a start. From small things grew larger things. When I was 16 I wanted to know for sure that, first and foremost, God was really there; that He really cared. For a year and a half, I fasted monthly and prayed earnestly for a witness. Finally, it came in an overpowering manner. That powerful moment is still clear in my mind and has played like a great movie often. The fundamental doubts had vanished although the huge amount of learning continued.

Living in England we were subjected to hostile preachers who inundated our front door with anti-Mormon tracts. I read them all, studied them and soon found the lies, and distortions. Fifty years later the anti-lit remains in its fallacious diatribes. I’ve heard nothing new.

With that core of conversion we have the foundation to the divine home we are building. On that foundation we add other faith-filled experiences and service to others to erect the walls of our home and then our ceilings and roof. To the sheathing of church experiences, we attach the shingles that keep out the torrents of life. But what happens when one of those shingles turns out to be an intellectual nuance which seems to contradict our faith such as learning for the first time that Joseph Smith really did practice polygamy just as the ancient prophets had done.

Do we become enamored with this contradictory shingle and surmise the seemingly faulty shingle is proof positive our foundation of Spirit-hardened cement is crumbly, corrupt and worthy of dismissal?

It makes no sense. Of course, if our foundation were built upon the premise that the gospel “makes sense” then the minute something comes along that makes more sense or contradicts our foundation of earthly sand, then our foundation will blow away.

Intellect is not foundation material; it changes. When Joseph Smith was alive the scientists all declared there were no more than a few hundred stars. Joseph declared there were millions and worlds without end. It took astrophysics more than 100 years to agree with Joseph. His opus on tobacco was far ahead of the intellectual wisdom of his day as was his foray into plate tectonics that made him the laughing stock of the scientific community until the 1950s when the newest theories tangentially endorsed him.

If we find an intellectual shingle that challenges Joseph Smith’s telling of the First Vision, or that he was a corruptible human being like Peter (denied the Christ thrice), Paul (persecuted the Church), and Moses (killed a man), or find a shingle that the Book of Abraham has historical bizarreness about it… so what? I don’t care. Because I know the foundation that I did not build, that human hands had no part of, that came from the Divine Spirit, is “eternal, unchanged, ever more,” then I get a bucket and put it under the leak, or replace the shingle through study and prayer. I know the answer will come; that other intellectual evidences will emerge.

To switch analogies, long ago at the university, I confronted many paradoxes. Just enter the world of free will vs. determinism and you get a backpack of heavy stones to lift while you try to figure things out. I eventually gave up trying to solve all of the epistemological conundrums and built for myself a box in my brain that I call a Paradox Box. Whenever a seemingly unsolvable conundrum comes, I think it through, research all sides, solve what can be solved and take the remaining Churchillian  “riddles, wrapped in a mystery, inside an enigma”  and fling them into my Paradox Box which at times has become the size of a bedroom closet. Over the years my mind has been free to consider loftier questions and one by one those challenging thoughts have been taken from the Box with a discovery of the answer. Many still remain. That’s fine. Let ‘em stew while life goes on.

For others, the seminal moment came either as a person investigating the Church or a member wondering about the truth of what he or she had been raised with. Powerful moments are often witnessed and testified of. In the adult Relief Society and Priesthood manual on President Hinckley we read of a naval officer from a non-Christian country far away who heard all of the tenets of the faith but one day, “The Spirit touched his heart…” In other words, the intellectual arguments or evidences were interesting, but when the Spirit hit him, that was it. That was conversion.

President Hinckley discussed with him the great challenges that lay before him because of his conversion. The humble officer confessed that his family may cast him out and “regard me as dead,” that all opportunities for his career, “may be foreclosed…” When President Hinckley asked if he was willing “to pay so great a price for the gospel” the man replied, “It’s true, isn’t it?”

Ashamed at his faithless question President Hinckley affirmed the Gospel is true to which the officer quietly replied, “Then what else matters?”

Yes. Nothing else matters besides the spiritual foundation that can come to everyone.

Certainly, another quote from Winston Churchill is in order. “When going through hell, don’t stop.”

When going through the hells of life, trust in your foundation. If you don’t have one, get one. Conversion from the Spirit is the key and it’s available to everyone. It does come with a price, however. Just ask so many like the naval officer. But, it’s all that really matters.

I'm Mark's brother and agree with him on each point. When I studies Psychology at BYU Freud was still in, today he's been replaced. But the Book of Mormon remains. Stay true to the faith.

Thanks for this summary of your faith and testimony, Mark. I, too, have experienced times when I learned information that challenged my testimony, but by remaining faithful and studying to get answers those answers came. I was so grateful I didn't fall away from the Church in those periods of challenge.