The Father's Day Gift that Kept on Giving | Meridian Magazine 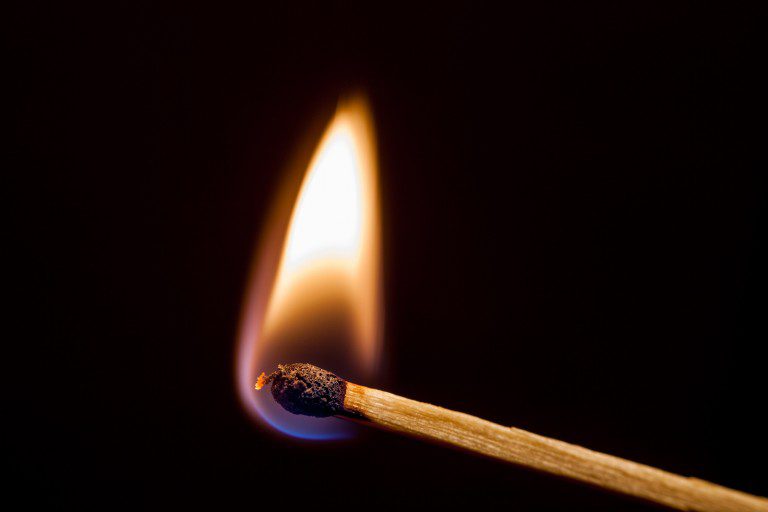 The Father’s Day Gift that Kept on Giving

I was only five years old and didn’t attend kindergarten. Life can be quite boring when a person has to play all alone. But school break had just started, and my brothers and sisters were home for the summer. Life was just about to become more exciting.

Fathers’ Day was not long after summer break started, and I was trying to figure out something I could do for my father. I didn’t have any money, so buying a gift was out of the question. That was when my brother, Albert, came to me and said he had a great idea; something we could do that would be a wonderful gift for Dad.

“You know how the garbage has piled up in the garage, and no one has been able to haul it away because they are all busy planting crops?” he asked. I nodded, so he continued. “We’ll take it out to the field on the edge of the desert and burn it.”

I knew that Albert had had a great fascination with fire recently and that almost every idea he had come up with since school let out had involved matches, but I had to admit that it sounded like a great gift.

“You bag up the garbage and get it in your wagon,” he said. “I will get the other necessary items.”

We didn’t have any nice garbage bags back then, so I found some old gunny sacks and stuffed the garbage into them. The garbage filled four sacks as tightly as I could pack them. I laid them in a pile crosswise on the wagon. I had just finished when Albert showed up. He indicated he was ready by patting the matches in his bulging pocket.

It was about a half mile to the field where we were headed. It was on the north side of our farm next to open range land that was covered with dry grasses and sagebrush. On our way there we stopped at a pile of wood. Albert pulled out a gallon of something that he had hidden away.

“Oh, just a little gasoline,” he replied, as nonchalantly as if it was drinking water for a long trip.

We continued on our way and soon arrived at our destination. The field was about 50 acres, so we had a nice, wide-open space. We dumped out the bags into a big pile. Albert poured a generous amount of gasoline on it and then pulled a match from his pocket.

Finding a rock, he swiped the match across it. It immediately burst into a blue and red flame. He then tossed the match toward the pile of garbage.

Since my curiosity was greater than my common sense, I was standing much closer to the pile of garbage than I should have been. Immediately the garbage and everything near it burst into flames, and my eyebrows and the front part of my hair disappeared. As the garbage burned, pieces of it floated into the air for a short distance before dropping into the dry grass. The grass instantly caught fire.

We ran from fire to fire stomping. And, although it got ahead of us at times, the main fire began to burn itself out, and we finally started to win. By the time everything seemed to be totally under control, we were exhausted. It was all I could do to drag my little red wagon back to the house.

Albert was unusually kind, saying, “Why don’t you wash, and I’ll get you some lunch.” I didn’t realize he wasn’t concerned about me, but about having others see me missing my hair and eyebrows. I ate what he brought to me and dropped into bed for a nap.

But the excitement wasn’t over yet. I was barely asleep when the fire engines’ sirens woke me as they roared past our house.

You see, our gift was one of those kinds that was going to just keep on giving.

We had a story like that but it was our uncle who was going to show us kid how make a fire. But another person but some gas on the pile of wood when he was not looking. But also a ring of gas out past where he would be kneeing. When he lite it he had fire behind him as well in front of him.