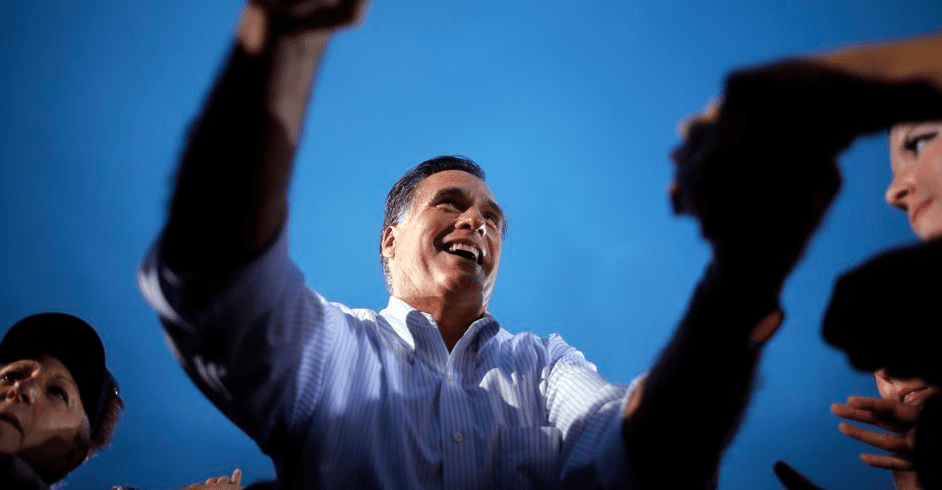 Cover Image via The Atlantic.

Republican leaders and high-powered donors in Utah are waging a quiet but concerted campaign to convince 83-year-old incumbent Senator Orrin Hatch not to seek reelection next year—and now, they may have found a successor. Mitt Romney, the one-time presidential nominee and leading Trump critic, is exploring a run for Hatch’s Senate seat.

According to six sources familiar with the situation, Romney has spent recent weeks actively discussing a potential 2018 Senate bid with a range of high-level Republicans in both Utah and Washington, and has privately signaled a growing interest in the idea. Romney, though, has made clear he would not pursue the seat without Hatch’s blessing.

Hatch, who has served in the Senate for more than four decades, seemed to signal a willingness to step aside during an interview last week with National Journal’s Alex Rogers. “If I could get a really outstanding person to run for my position, I might very well consider [retiring],” Hatch said, adding, “Mitt Romney would be perfect.”

After the comment prompted a flurry of headlines in the Utah press—catching Romney by surprise, according to two people close to him—Hatch’s office moved to publicly tamp down the buzz. In a statement to The Atlantic, Hatch said he was “giving careful consideration as to whether I will seek reelection” and has “yet to make a final decision.” He also said, “While it’s no secret that I hold Mitt Romney in extraordinarily high esteem, my musing aloud on the subject has apparently snowballed into a frenzy of premature speculation.” The “overhyped intrigue,” he said, “doesn’t reflect the reality of the situation, especially this soon after the last election.”

Behind the scenes, though, Hatch’s remark was widely interpreted among Utah politicos as an intentional trial balloon. “That was no accident,” said one senior Republican in the state.

Last week, I ran across Mitt Romney and his wife Ann on the occasion of the Paris Temple VIP Open House proceedings, and what a handsome couple! I also met Romney on a previous occasion, and he does come across as a very personable individual, who is honestly seeking to do the best he can to make the world a better place. In addition, he has indeed the kind of intelligence, skills, and political leverage that would make of him the ideal replacement for Senator Hatch, especially in being able to establish much-needed bridges with the Democrats, in order to bring about policies that would benefit the American people.