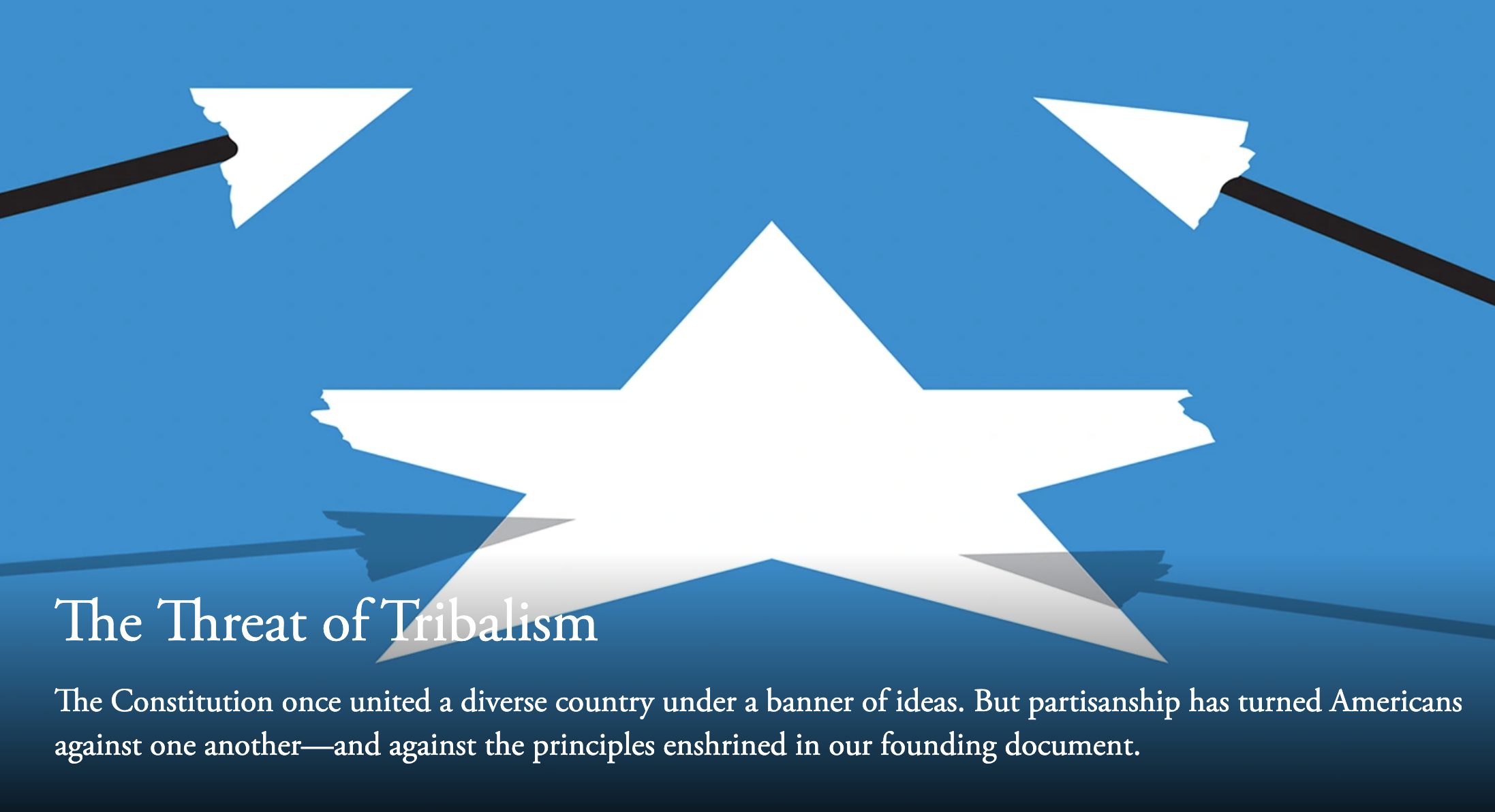 The Atlantic Article Referenced by President Oaks in Conference

In the Saturday morning session of this weekend’s General Conference, President Dallin H. Oaks gave an incisive address on some of the issues that divide the United States and indeed, many people around the world.

He said, “We live in a time of anger and hatred in political relationships and policies. We felt it this summer where some went beyond peaceful protests and engaged in destructive behavior. We feel it in some current campaigns for public offices. Some of this has even spilled over into political statements and unkind references in our Church meetings.

“In a democratic government we will always have differences over proposed candidates and policies. However, as followers of Christ we must forego the anger and hatred with which political choices are debated or denounced in many settings.

“Here is one of our Savior’s teachings, probably well – known but rarely practiced. “Ye have heard that it hath been said, Thou shalt love thy neighbour, and hate thine enemy.”

Further along in his address, he mentioned the solutions that can be found not only in the Gospel of Jesus Christ, but in the Constitution. He quoted two Yale scholars, saying:

“For all its flaws, the United States is uniquely equipped to unite a diverse and divided society….Its citizens don’t have to choose between a national identity and multiculturalism. Americans can have both. But the key is constitutional patriotism. We have to remain united by and through the Constitution, regardless of our ideological disagreements.”

This quotation came from a recent article in The Atlantic entitled, “The Threat of Tribalism”.

It is interesting and worthwhile to read the rest of the referenced article.

Below in another excerpt as well as a link to read the full text:

When we think of tribalism, we tend to focus on the primal pull of race, religion, or ethnicity. But partisan political loyalties can become tribal too. When they do, they can be as destructive as any other allegiance. The Founders understood this. In 1780, John Adams wrote that the “greatest political evil” to be feared under a democratic constitution was the emergence of “two great parties, each arranged under its leader, and concerting measures in opposition to each other.” George Washington, in his farewell address, described the “spirit of party” as democracy’s “worst enemy.” It “agitates the Community with ill-founded jealousies and false alarms, kindles the animosity of one part against another, foments occasionally riot and insurrection.”

For all their fears of partisanship, the Founders failed to prevent the rise of parties, and indeed, it’s hard to imagine modern representative democracy without multiparty electoral competition. They were right to be apprehensive, as is all too clear when you look at the current state of America’s political institutions, which are breaking down under the strain of partisan divisions.

The causes of America’s resurgent tribalism are many. They include seismic demographic change, which has led to predictions that whites will lose their majority status within a few decades; declining social mobility and a growing class divide; and media that reward expressions of outrage. All of this has contributed to a climate in which every group in America—minorities and whites; conservatives and liberals; the working class and elites—feels under attack, pitted against the others not just for jobs and spoils, but for the right to define the nation’s identity. In these conditions, democracy devolves into a zero-sum competition, one in which parties succeed by stoking voters’ fears and appealing to their ugliest us-versus-them instincts.

Americans on both the left and the right now view their political opponents not as fellow Americans with differing views, but as enemies to be vanquished. And they have come to view the Constitution not as an aspirational statement of shared principles and a bulwark against tribalism, but as a cudgel with which to attack those enemies.

To read the full article in The Atlantic, CLICK HERE.

The first 2 political parties to emerge were the Federalists and the Democratic-Republicans. The election of 1800 was a harshly contested one, with name-calling on both sides. Jefferson's Inaugural Address sought to heal those wounds and bring people together: "But every difference of opinion is not a difference of principle," he said. "We have called by different names brethren of the same principle. We are all Republicans, we are all Federalists." The same message applies today; let us learn to see ourselves as Americans and the principles of the Declaration and the Constitution as the glue that holds us together.