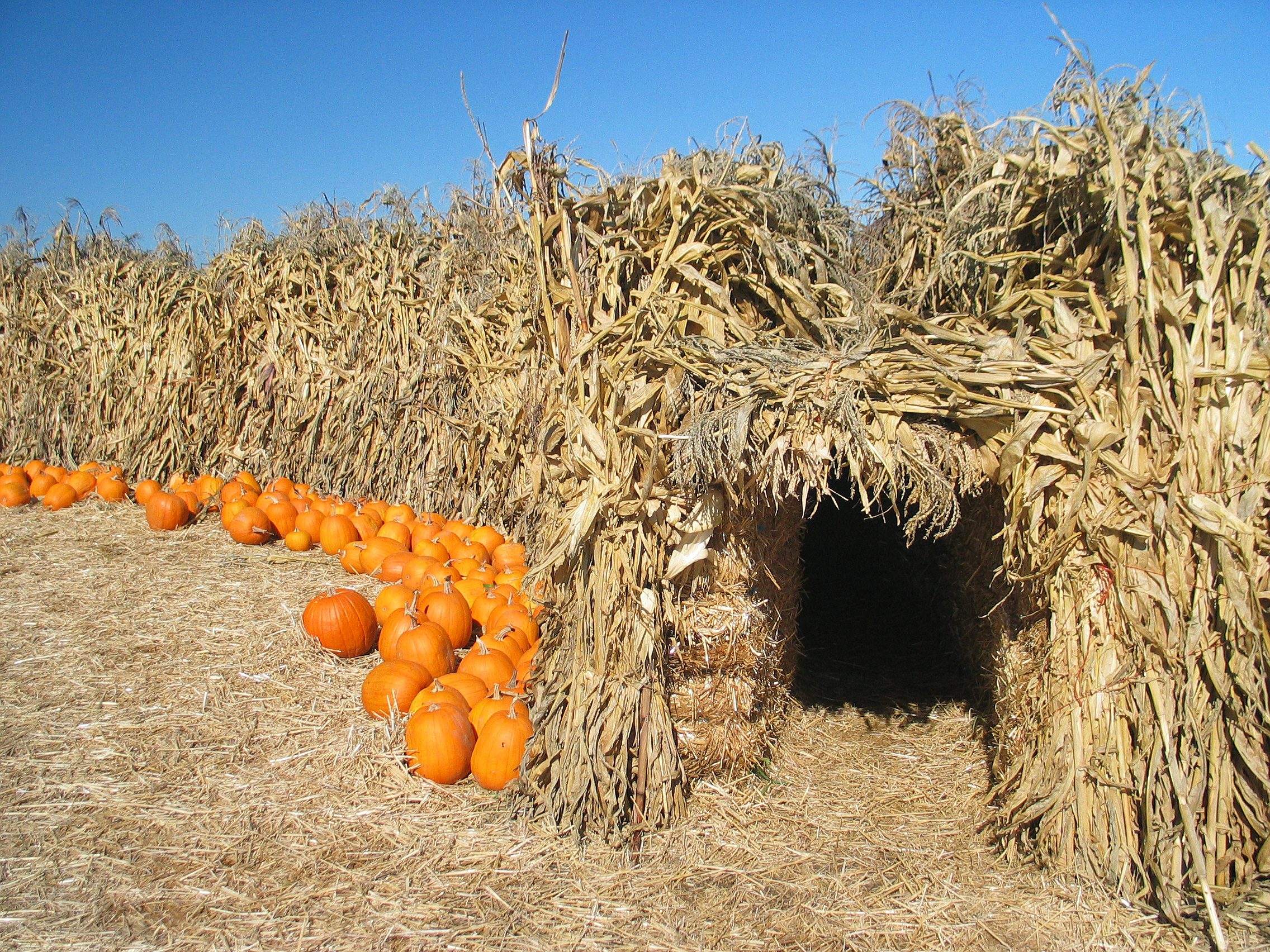 My older children were all going to the straw maze, and my littlest daughters were feeling left out.

“Why can’t we go with you?” my youngest daughter asked.

“Because we will be with our friends,” her older sister said. “Besides, we like to go after dark when they have monsters in the maze, and they are too scary for you. They chase after you and try to catch you and everything.”

She then went on to expound about how horrible the monsters were until she had her little sister convinced that they were real, and that it was all a person could do to stay away from them.

“Then why do you go?” my littlest asked.

“Because, trying to evade the monsters is half of the fun.”

“So, you can take us with you and you can help us stay away from them!”

That was when my older children appealed to me to help the little ones understand that they couldn’t tag along.

When I informed my youngest daughters that they would not be able to go with their older siblings, I saw the tears in my littlest daughter’s eyes, and I decided that I needed to do something about it. I told my two youngest that I would take them in the early evening, before dark, when there weren’t any monsters. I even told them I would allow them to take some friends.

That’s how I found myself at the maze with a group of little girls. They started out with great enthusiasm, quickly checking out each path, but after a few hours of being lost, they were getting tired. I kept trading off which one I carried on my back, and I, too, was wearing out. In addition, it was getting cold, and I had loaned one of them my coat. To make matters worse, the dark was coming quickly, and I knew that the monsters would be there soon.

The monsters were just college students paid to dress up, but they were far too scary for my small children, especially since they could have nightmares after watching the fire scene from Bambi.

I finally hit on a plan to find our way through. We would try a route, and when it would dead end, we would come back to the opening of it and I would put a mark in the dirt near the edge. I scuffed up the dirt with my shoe in such a way that no one would really know it was there unless they were looking for it. In this way I planned to narrow down our paths until we found the one that would take us through.

As we continued on, we began to crisscross paths with another father that had a large entourage of children. He, too, seemed weary and ready to put this adventure behind him. We would hail each other as we passed.

Even with my brilliant strategy, the number of paths didn’t seem to be decreasing, and my little group was getting cold and grouchy. After another hour, we resigned ourselves to the fact that we would be taking up permanent residence in there, and we plopped down on some small straw bales to rest. Just then, the other father came up with his group and sat down beside us.

He told me he thought he had figured a method to find his way out, but it hadn’t helped. He said “I noticed by each doorway that there was a mark on the edge, probably made by the tractor setting the bales. So each time we found a dead end, I erased that mark.”

Then, to show us what he meant, he erased the mark I had just put by the opening on the path next to us. It was then that I realized that we had been working against each other the whole time.

If we hadn’t figured that out, I think we would still be in there.