Public Shaming, Is It Creative? Or Wrong? | Meridian Magazine 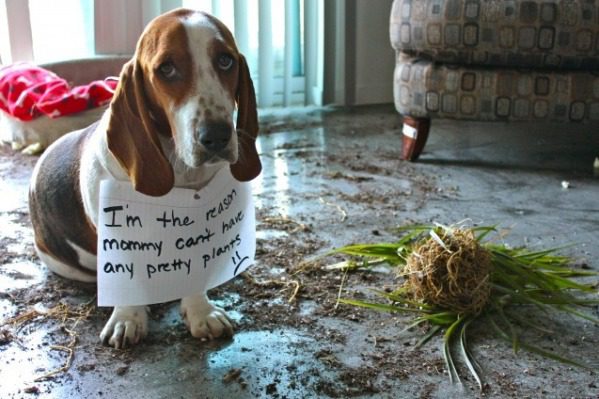 Public Shaming, Is It Creative? Or Wrong?

In recent years there have been many news stories and YouTube videos as well as social media posts that show parents getting creative with their discipline techniques to get through to the children. Everyone wants to know if these creative measures are good or bad? The creative parenting this author is referring to is often called public shaming.

In a way, these extreme parenting measures seem to make sense. The parents feel out of control and feel the child, who often times has some entitlement issues and lack of respect, is not following their instructions or accepting their no answers. They don’t know what to do. The parent doesn’t want to lay hands on the child, but they feel out of control and want to teach a harsh lesson. This is when they force the child to hurt themselves or their reputations by holding a sign or carrying books high over the head for a considerable period of time.

Public shaming is not a new practice. Parents used to put their children in stocks in the town square if the child was caught stealing or not being respectful. Some parents in some countries would even disfigure their own child’s body to teach them a lesson about honesty or respect. Things like this have gone on throughout history. Compared to stories of the past, some of today’s parents who believe in public shaming might even seem less mean in their choice of punishment. After all a funny haircut can grow out easily and a sore muscle from book lifting will heal.

This author has noticed that public shaming, especially online, is often used not only to teach the child a lesson, but to make the parent feel better about their actions. It seems from many of the public shaming stories out there that parents post discipline moments to get some social media endorsement or attention for their parenting creativity. The fact that the parent needs an endorsement is a pretty good sign that they know they have gone too far.

When I was a foster parent for troubled youth many years ago I didn’t only spend my time helping the youth conquer their problems, but I also spent time helping their parents learn how to parent their child so that the state could effectively transition their child back home.

One time a mother of one of my foster children called me to talk, and while on the phone started to brag about how creative she was in her parenting of the sister of my foster child. The mother told me about how the young girl had lied, so the mother made her wear a sign the whole next day that said, “I am a liar.”

We ended up having a great conversation about the importance of the relationship in any teaching moment. I explained that it was right for her to teach her child not to lie, but the correction of the bad behavior and the teaching of the good behavior needed to end up leading the parent and child closer together, not further apart.

How To Correct A Child And Keep A Strong Relationship

The issue that needs to be corrected is never more important that the condition of the child’s heart and the parents heart. The soft, calm and loving condition of these hearts is what makes a teaching moment unite a parent and child instead of divide them.

It is true that a parent can’t make a child have a calm, loving heart, but a parent can teach the child from a young age what calmness and love look like and feel like and that corrections aren’t anything to be feared. In fact, an emotionally healthy person actually invites correction so that they can get the opportunity to do deeper self-assessment. Parents need to teach their children to be emotionally healthy.

Here are six things parents can do to strengthen the parent/child relationship while correcting a behavior problem.

Have parents ever been more confused than they are now days about how to discipline their disobedient children? I wonder.

Parenting is a confusing topic. There are a lot of ideas that must be sorted, tested, and checked for soundness before they are used. The history of parenting actually looks kind of like a wave if it were drawn on a graph. Historically parents vacillate between being lenient and being angry or aggressive. Parenting trends, which vary slightly by geographic location and by religious sect as well as social and economic status, seem to pendulum back and forth between passive and aggressive parenting styles.

Historically once a parenting style becomes too permissive society begins a new trend of compulsion, bullying, or force type parenting. Likewise, when the society notices that family relationships are being ruined by too much aggression the parenting trend shifts toward a friendlier more permissive style of communication, but often sacrifices discipline and identity in the process. The only style of parenting that is safe from riding the parenting wave is traditional, deliberate, assertive, calm, principled parenting. The six steps above are an example of this type of parenting.

In this day and age, we have more parenting and relationship information than we have ever had before, but we seem to possess less relationship skills than ever before too. Also, children have been socially empowered to resist parents and parents are afraid to touch or hurt their children because someone might be watching. Never before have societies intruded in the home life as much as they do today. Many parents, who don’t have great parenting skills, don’t know how to reach their children without getting physical, so they turn to the next best thing in their minds, which is hitting the children where it hurts; in their image or social lives.

Every time I see one of these new public shaming stories come up online and hear people debate whether the parent is advocating for the child by using this forceful creativity or weather the parent is violating the trust of the child and ruining the relationship I can’t help but think that the parent can have a loving connection and effectively change the troublesome behavior if they understand deliberate, loving parenting and learn a few skills.

I also can’t help but think that if these parents wouldn’t allow their children to cross so many healthy boundary lines in the first place they wouldn’t have so many disrespect and social media problems. Giving children who don’t know self-government a social media page is just asking for a social problem to occur. Any principled parent knows that a child must learn self-control before they will be ready to learn to control an adult electronic device, or a social web page.

Learn how to be a principle, assertive parent here!

The audio class Cultural Parenting Revolution helps parents assess what changes need to be made in their homes to become more united in parenting moments.